Cultural History of the Noragi Jacket

Noragi Jackets during the Shogunate

For 265 years, the Tokugawa military government enforced an isolationist policy in Japan, even micromanaging the nation’s clothing rules - defining daily life into strict class lines, regulating materials and patterns to certain castes. Samurais and the cultural elite wore silk, while farmers wore Noragi jackets that were endlessly patched and sashiko stitched to last a lifetime. Japan was a nation without style, a pragmatic and rigidly stratified society.

Japan’s seclusion came to an end in 1854 when US Commodore Matthew Perry and his naval fleet forced entry into the shogunate, forcing a series of “unequal treaties” with the Western powers - a humiliating capitulation that created an economic and cultural depression. 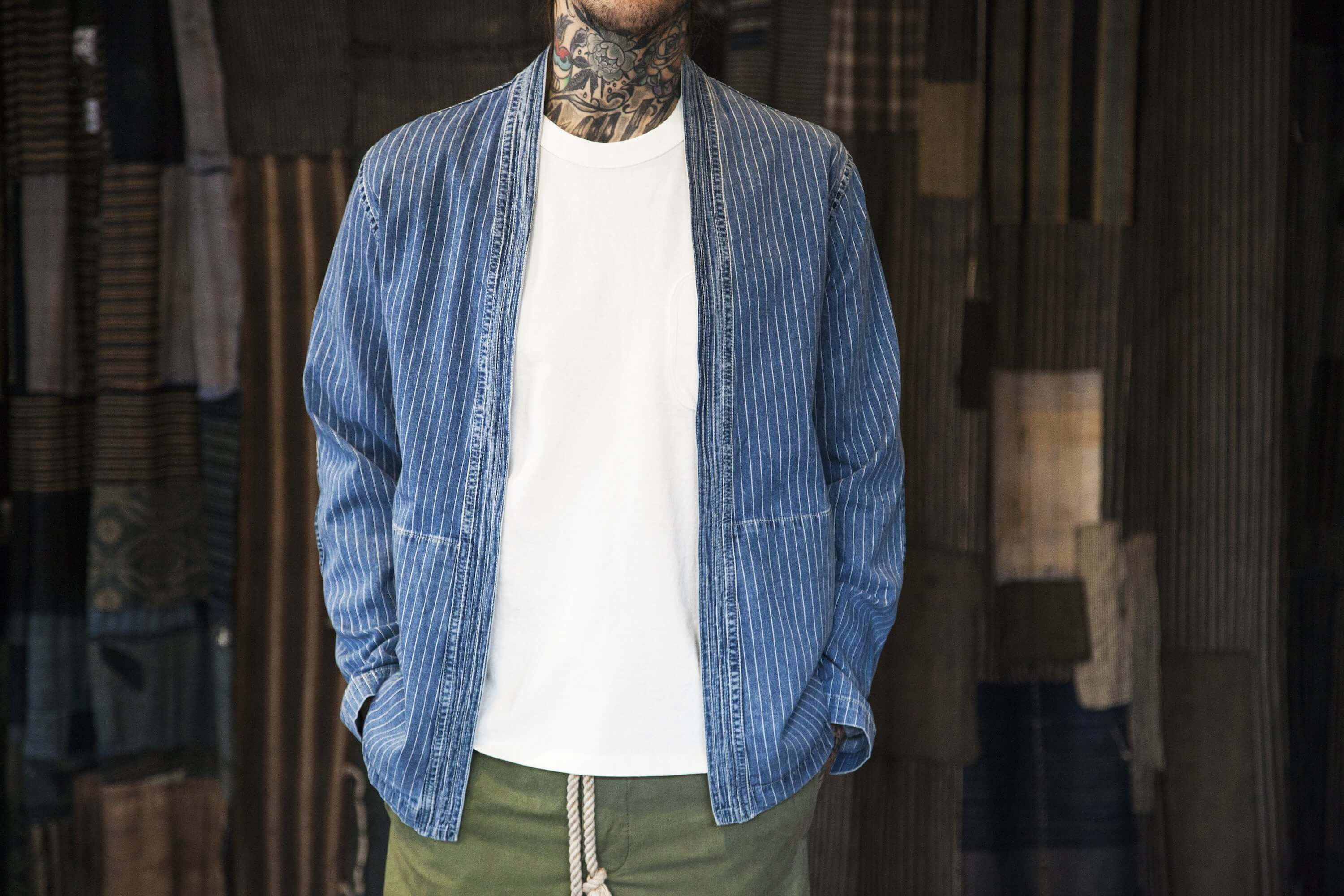 Determined to get the nation back on track, reform-minded samurai took control of the government, starting the Meiji Restoration. The country’s new leaders set about adopting western technology and lifestyle to compete with modernization in the West. Over the next forty years, the Meiji government changed every aspect of Japanese life, excelling at technological advancement and creating cultural subtleties to ward off imperialism. Through this fervent redirection of identity, Japan became an imperial power of its own. At the end of the Meiji Era, the government instituted policies to move men into practical western wear. The military began to wear colonial military uniforms and samurai were forced to cut their top-knots and the traditional noragi jackets of farmers and the working class were replaced.

But it wasn’t until after WWII that we begin to see the roots of today’s fashion leaders and global trendsetters throughout Japan. 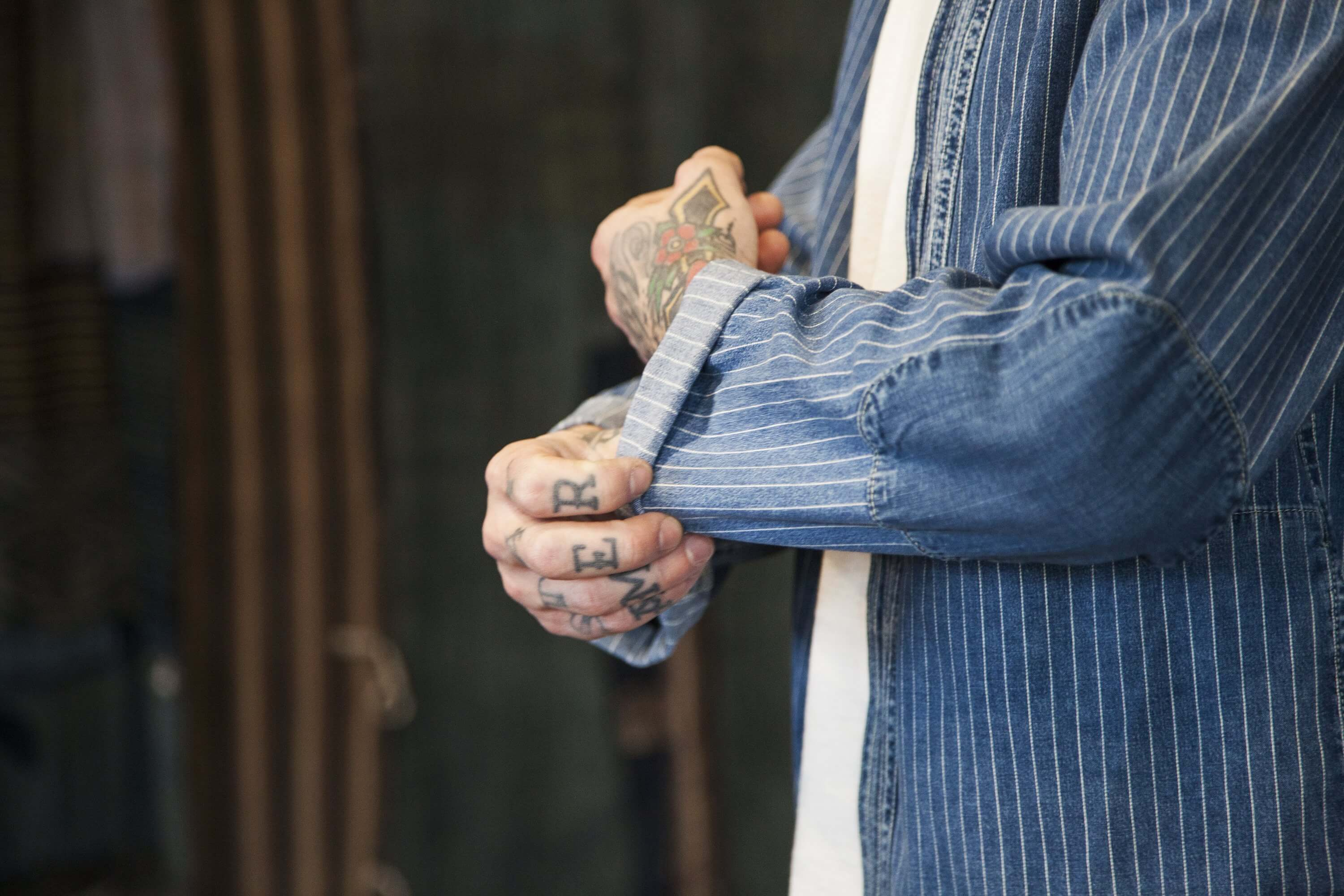 By the end of WWII, the Japanese economy was sunk. Their infrastructure was in tatters, entire cities buried under ash and rubble. The zeitgeist of 1940s Japan was likewise broken and depressed, and as part of the terms of surrender, American soldiers were stationed in coastal cities to assist in rebuilding the nation - a further indignity to the once proud nation. Life was bleak, chronic food shortages forced men, fighting hypothermia in ragged clothes, to scrounge the black market for essentials while big, healthy American GI’s caroused with Pan Pan girls in hotels and bars wearing blue jeans. (Read more about that in our feature about Souvenir Jackets.)

While the insult to their national pride was great, the war time propaganda against the Americans didn’t live up to the hype and many Japanese began to admire the strength and prosperity of the United States. An even greater push to Western suiting continued with the business class and hungry youth tuned into Armed Forces Radio where nightly programs of provocative jazz and pop played over the airways, inspiring a generation with the ideals of individual freedom.

As Japan built itself out of its recession and while traditional garments were replaced amongst businessmen, the youth were still forced to wear sanctioned gakuran school uniforms. 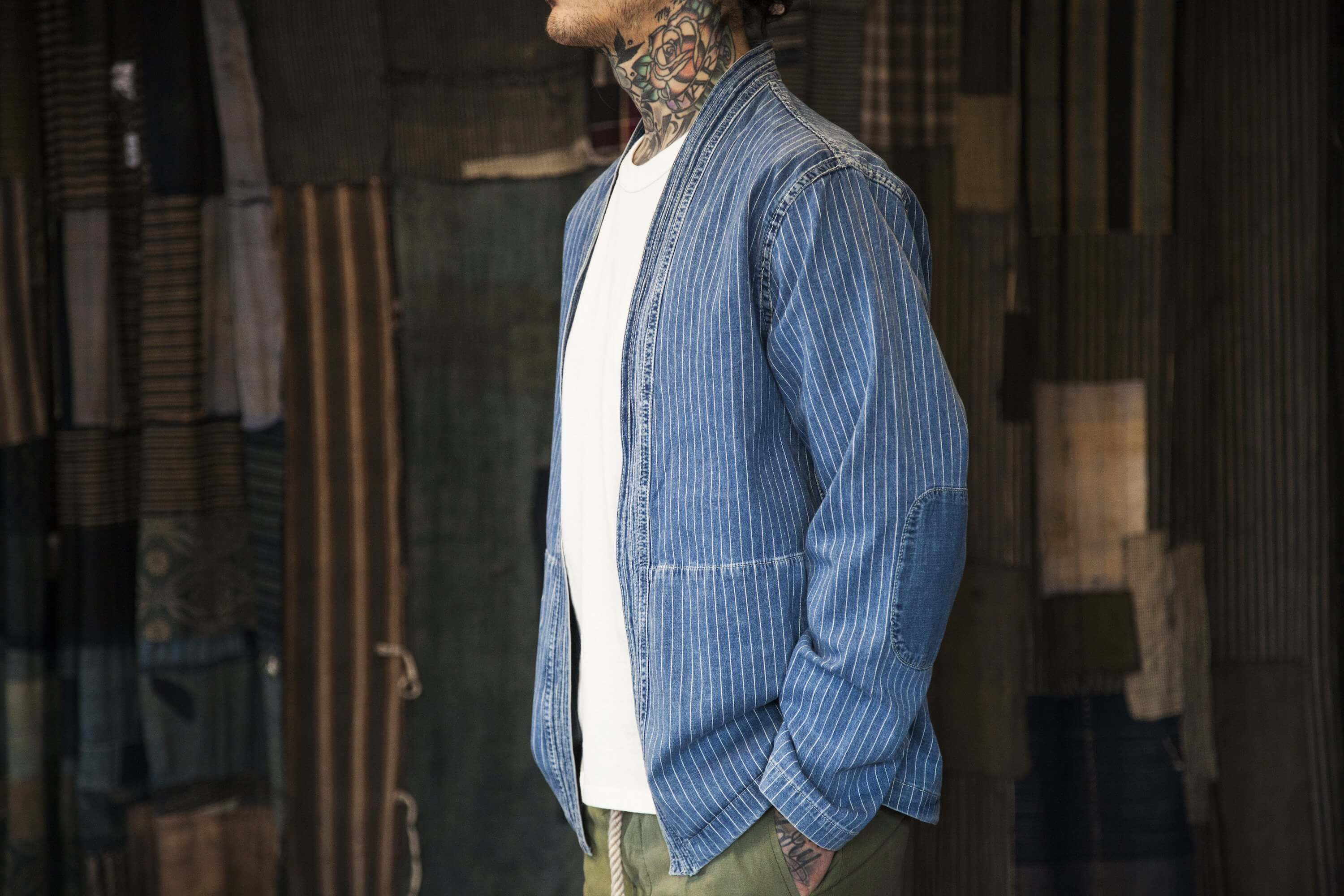 Recognizing the hunger for young men to add personality to their daily lives, VAN founderKensuke Ishizu introduced the nation to what students were wearing on the AmericanIvy League campuses.

A counter-culture of hip Ivy teenagers hanging out in shopping districts was born with the help of Men’s Club magazine and Heibon Punch - scrupulously describing the details of “how to get it right.” Owning a smartly tailored, narrow shouldered, four-button blazer and slim, tapered pants without pleats was an act of sedition, so much so that youth hid their Ivy clothes in their school bags and would change into them in shop bathrooms, behaving like teenagers always have, loitering and worrying their parents - being cool.

From these early acts of rebellion, a detail-oriented appreciation of American style developed into a cultural crescendo. When, in 1975, some of the same style pioneers that helped build the style canon for Ivy published a 274 page catalog called Made in USA, the fascination with American workwear grew into an obsession. The youth that had grown up with the influence of the post war American GIs in Japan and the imported James Dean and Marlon Brando movies, created more and varied gangs of teenagers defined by an interpretation of American subculture.

By the mid 70s, for the first time, airline tickets became affordable. Enterprising Japanese men that had grown up in the post-war era took the opportunity to fly to America with suitcases of cash to buy up vintage denim and resell on the Japanese market, cataloging the heritage details from various production years of Lee, Levis, and while American interest in our cultural workwear waned. The resale value of cheaply gotten menswear staples was huge and continued to inflate into the mid 90s until prices got out of control and there was less and less to collect. Simply put, America no longer produced the vast majority of our own clothing and quality suffered.

Japan felt differently. With a constant demand for the details of American selvedge and an indigo industry that predates Columbus, Japan already had the textile infrastructure with early pioneers of Japanese denim producers ready to provide the next best thing. Japan has since emerged as the authority on American workwear.

Return of the Noragi Jacket

Over the decades, Japanese designers, who were once replicating traditional American institutions, are now redefining global fashion. So it is that today, men’s fashion, and workwear in particular, often has a Japanese influence.

Which brings us back to the Noragi jacket. Once seen as a symbol of the shameful poverty where farmers were forced to meticulously repair their daily vestments, the hard life and labor of generations past has been finally given its due spotlight by reverentially reproducing an agrarian garment worn by those that supported an isolated island into becoming one of the most modern and technologically advanced nations on the planet.

Also, it looks great over just about anything.