The Suka Jacket: History to Present

Over the last five decades, Japan has become a worldwide leader in fashion. Innovation with fabrication, vulcanization, and sanforization combine with the revitalization of traditional craftsmanship like sashiko stitching, indigo rope-dyeing, and shuttle-looming. Japan has become a beacon for an influential subculture that prizes value over price-point.

And yet, Japan currently has only a handful of iconic designs exported and copied the world over: Hawaiian Shirts, and the subject of this feature - Suka Jackets. 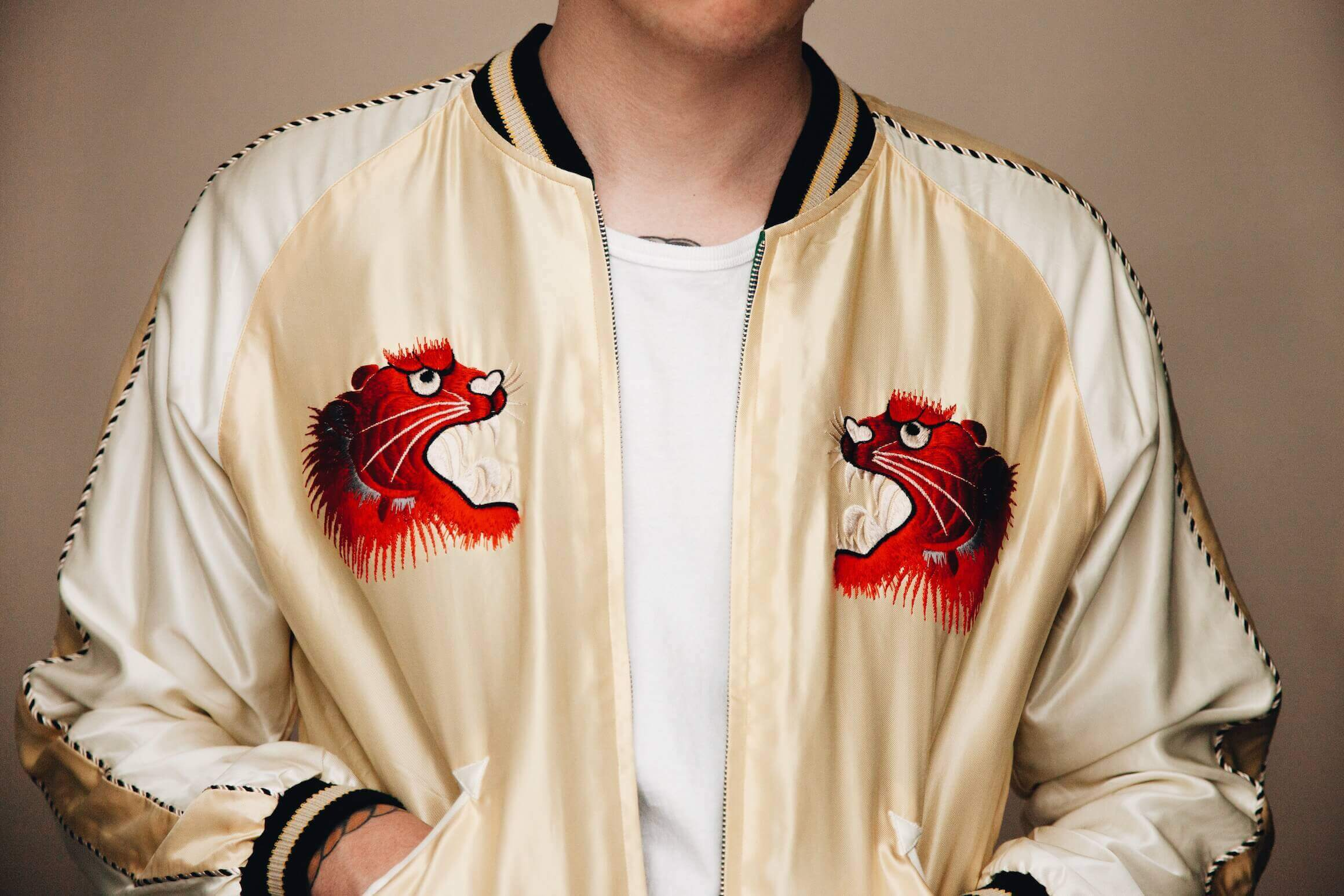 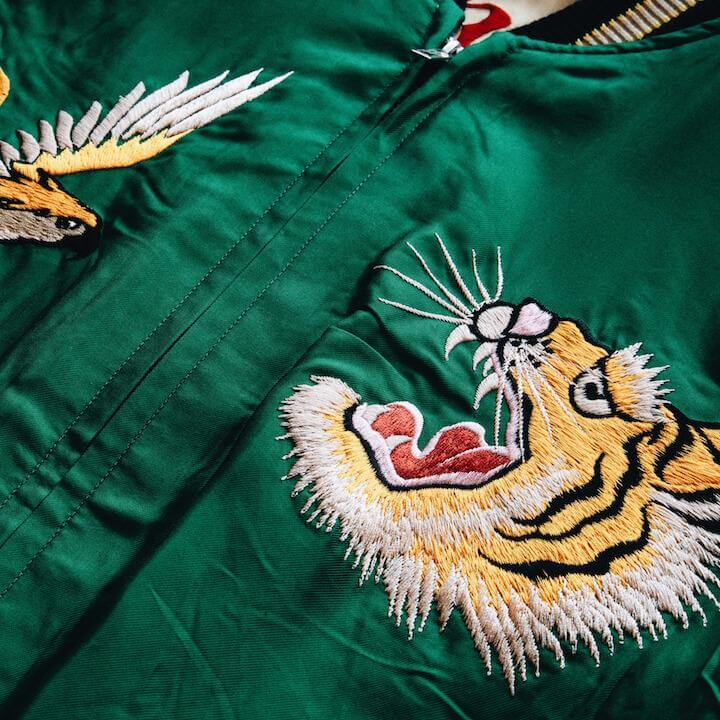 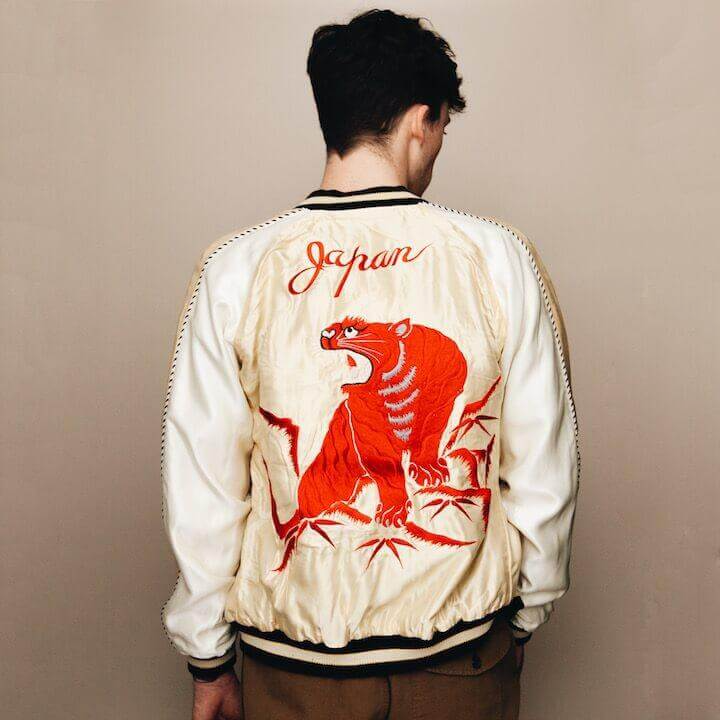 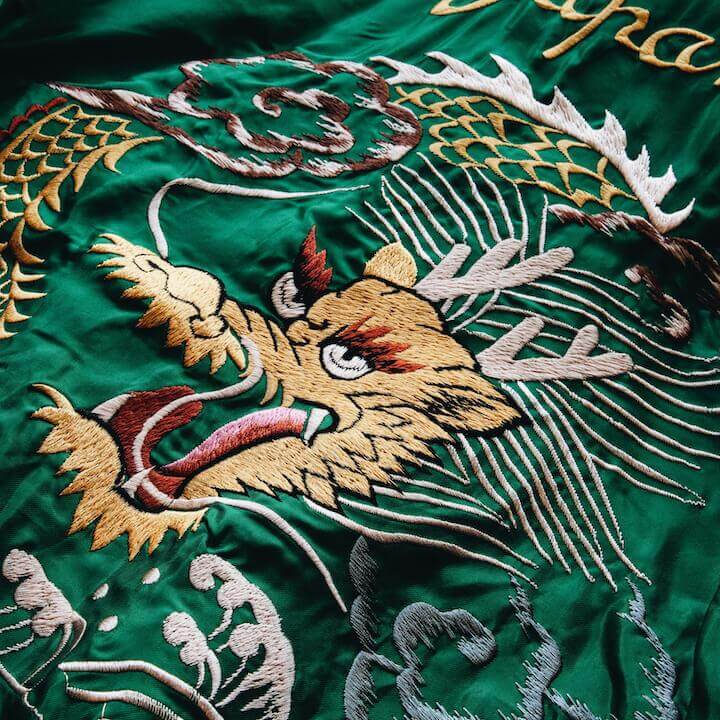 Known as Sukajan, Suka Jackets, or Souvenir Jackets - they have a shared cultural history that began during the 1940’s post war occupation of Japanese naval ports by American GIs. In the midst of the archipelago’s economic depression, one of the few reliable incomes was something the Japanese had never experienced before in their isolationist history: tourism.

An entire industry grew around the naval bases, catering to American appetites for leisure. Surprisingly quickly, a rapport was built between the previously warring nations and Tokyo buzzed with a vibrant nightlife. Gift shops appeared as soldiers searched for souvenirs to remember an exotic land. With little room to carry home these treasures, it became popular with soldiers to visit local tailors that specialized in traditional Japanese embroidery, emblazoning their flight jackets with personalized messages alongside symbols of the far east.

Witnessing this, an employee from Kosho & Co began making a new version for the soldiers. Using brightly colored, recycled parachute silk and the form of baseball jackets, Kosho & Co hired craftsmen and women from the cities of Kiryu and Ashikaga - areas recognized for their silk and textile embroidery traditions - to finish them. Soldiers brought their own ideas to the jacket, having slogans and even detailed maps of military campaigns stitched on. The jackets often had a gallows humor to them and were offensive in certain society. To avoid this, the jackets were made fully reversible, with a different embroidery on the opposite. 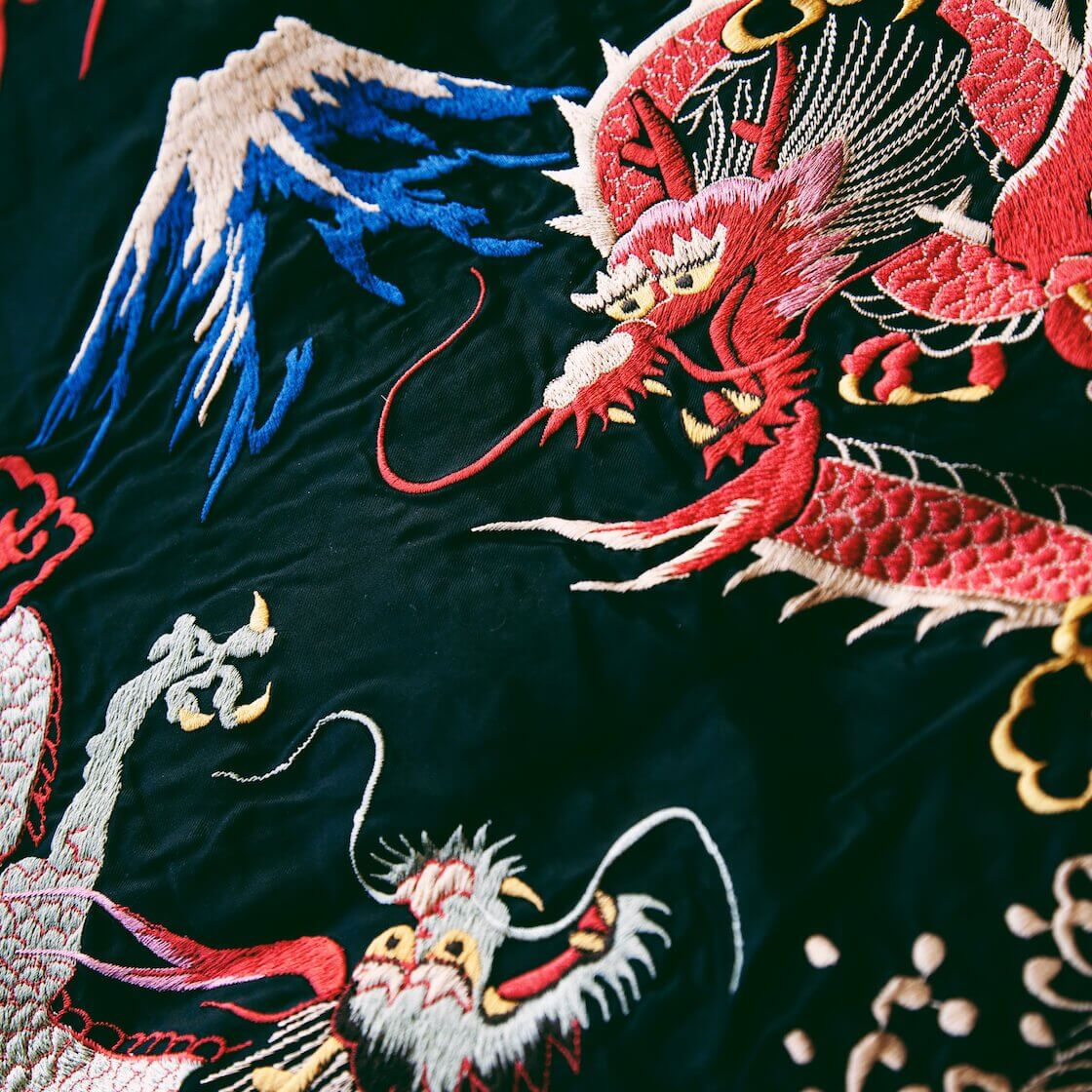 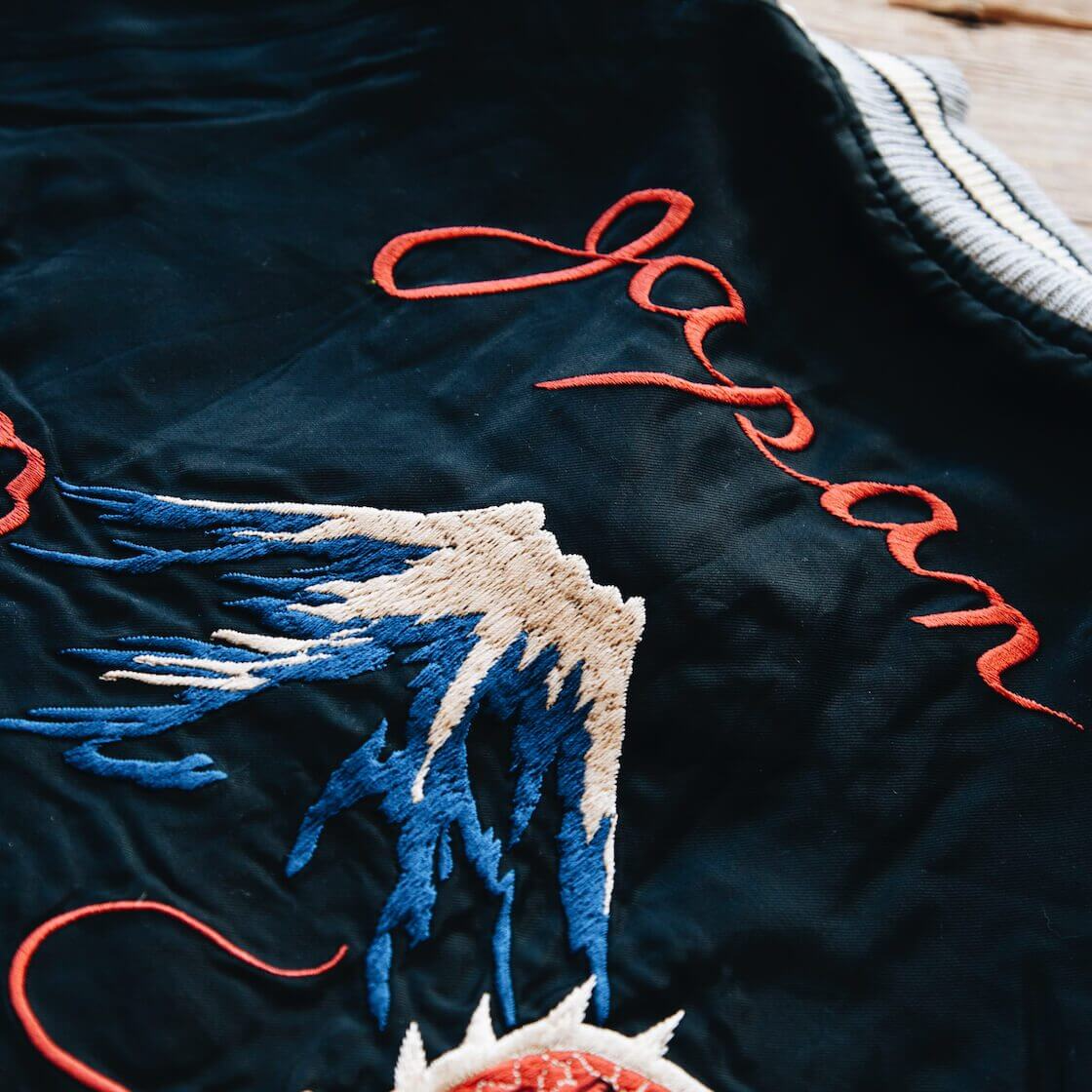 The largest US naval base near Tokyo, the Yokosuka Base, was home to thousands of US servicemen and the name “Sukajan” is a portmanteau of “Suka” from the base and “jan” - the Japanese word for “jumper” - from the style. Soldiers began their own downtime export business, selling these artistic souvenirs through the Post Exchange to their friends back home.

Sukajan were so popular with US troops that they became enmeshed within military culture and were continued to be produced for servicemen in Korea as well as naval bases in Alaska, Hawaii, and Greenland. In 1965, Kosho & Co. became Toyo Enterprises who continued production through the Vietnam War when the jackets underwent a shift in their cultural meaning. Many veterans, disillusioned by the war, joined counterculture movements when they returned home and brought their military shirts and Sukajan to rock & roll and rebel culture. 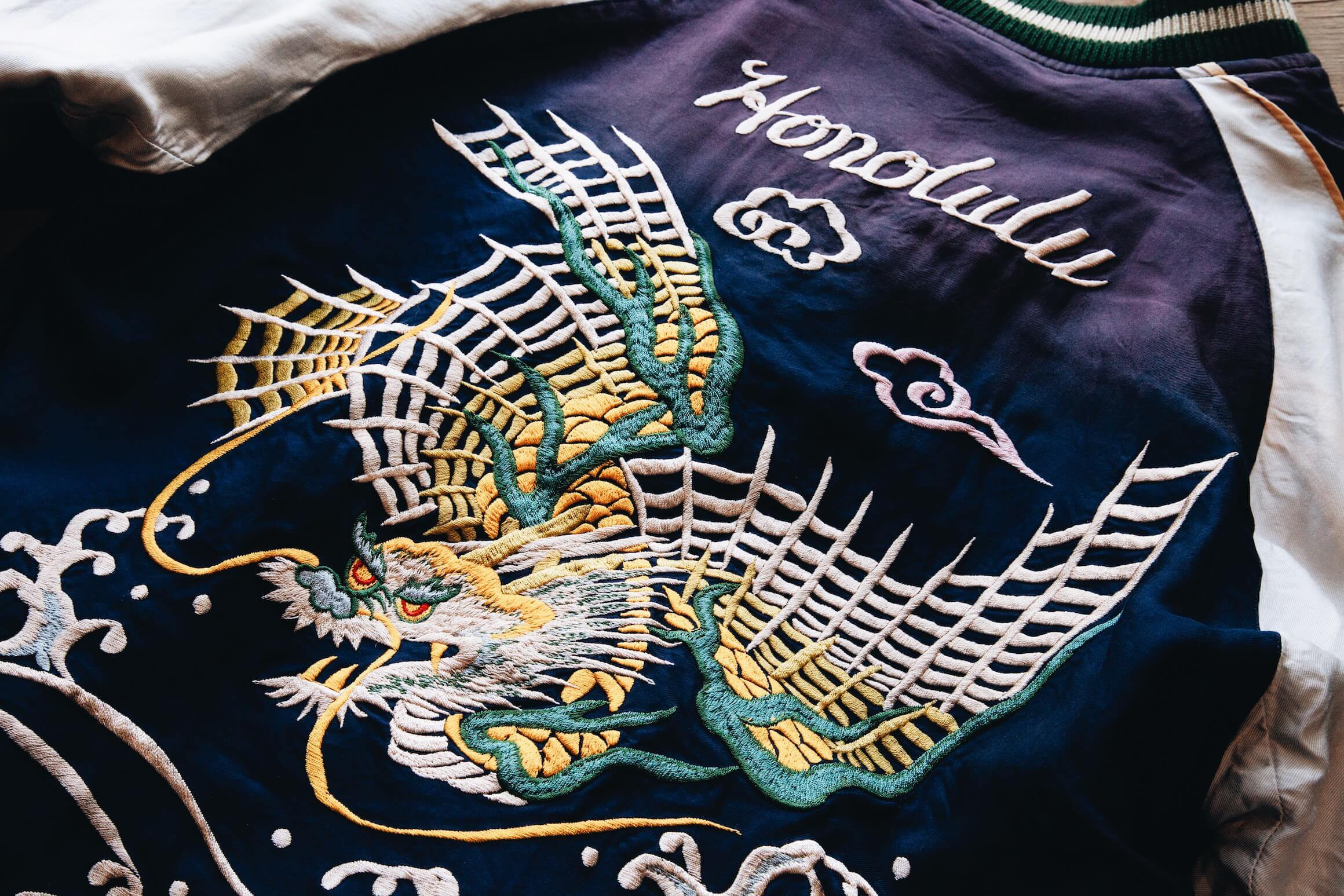 Simultaneously, Japan was going through its own fashion revolution. A younger generation adopted American fashion, or Ametora, an Ivy League influenced style. As the Ivy look became more mainstream and expensive, outsider working class youths - seeking their own style to rally behind - donned the homegrown Suka Jackets and formed gangs in defiance of the prevailing trend. Less so now, but for many years, Sukajan became synonymous with criminality, helped along by Japanese movie directors that often depicted Yakuza in the jackets. 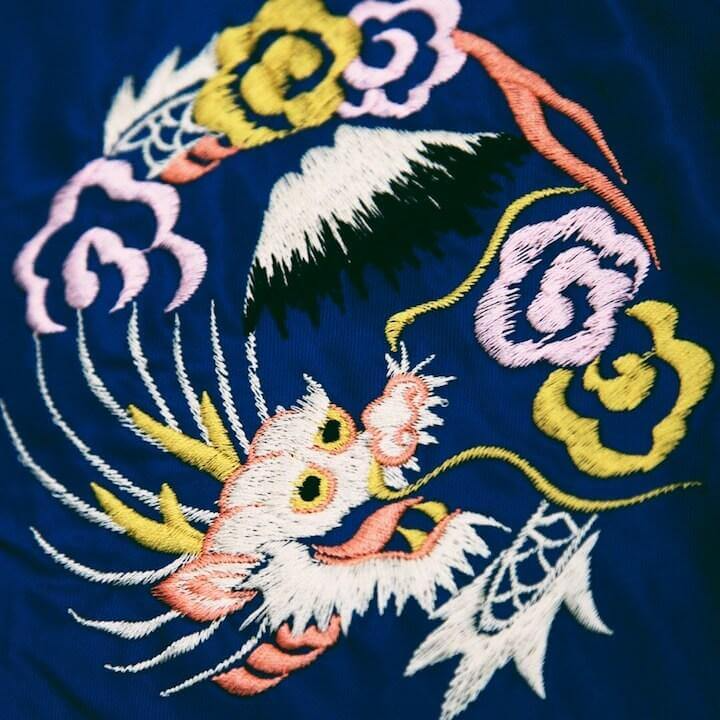 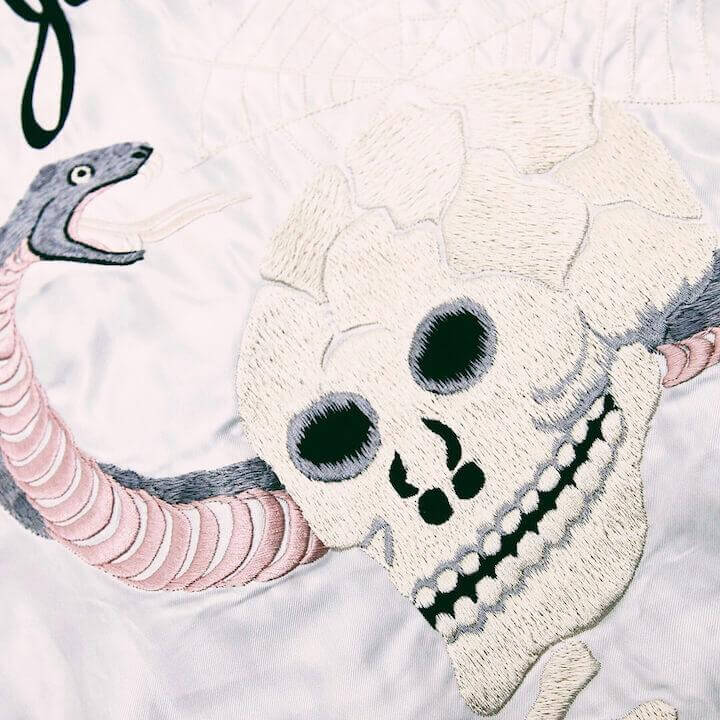 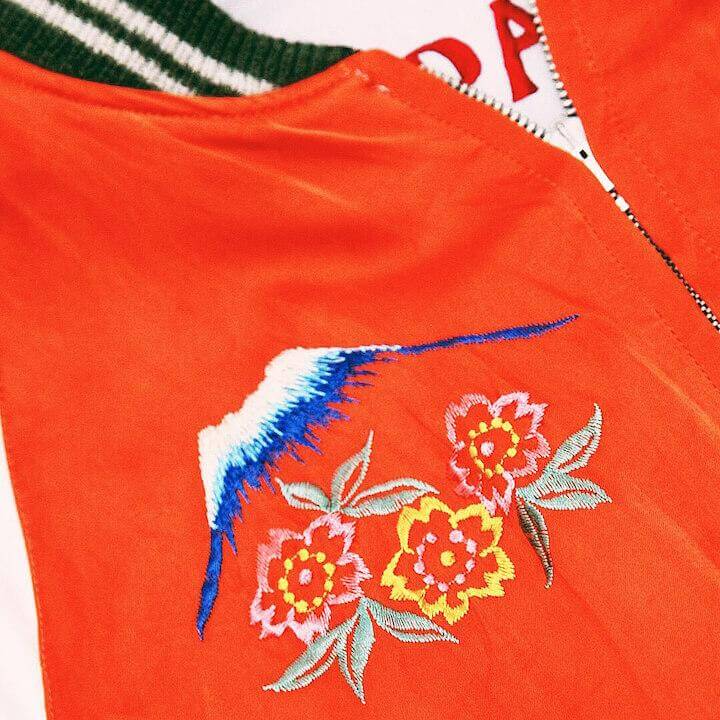 Today, Toyo Enterprises and their house label Sugar Cane, have recreated some of Sukajan’s greatest hits from their archive. These garments are incredibly important to Toyo as they are seen as the only Western Style clothing to have originated in Japan and they are still being manufactured by some of the same craftspeople from the 50’s and 60’s. Far from being replicas, the jackets are a continuation of these iconic jackets from the very source.