There are few simple pleasures nicer than putting on a fresh pair of socks in the morning. If you’ve ever gone on a long hike or failed to pack properly for a trip, you know the difference it can make. Starting off on the good foot sets the stride for the whole day, and adding some foot flash makes it that much better.

Worldwide, there are very few sockmakers that treat feet to true craftsmanship quality. And even amongst them, Anonymous Ism rises to the top.

It won’t come as a shock to anyone in this community that Japan led the way. Similar to the repro denim revival in Japan, craftsmen took a holistic, detail obsessed approach to every type of textile.

At the same time that the west was transitioning to cheaper garment manufacturing overseas, Japan was importing the small-scale machinery that had produced the coveted denim and workwear that led to Japan's vintage boom (read about this history in Ametora: How Japan Saved American Style). Shuttle looms that made high quality selvedge fabrics, chain stitching and tube knitting machines, and many other late industrial machinery were picked up on the cheap. While America went for quantity over quality, Japan flipped the equation.

Hirotsugu Yoshimura picked up some vintage 1970s stocking frame machines and began making socks in 1993 for a few select, top-tier Japanese brands. While the process was slow compared to newer machines (each machine capable of producing only a dozen socks per day, and every sock needed to be hand-linked at the toes), the quality was unparalleled and there was greater ability to create intricate designs and textures.

The concept proved itself out, and Hirotsugu Yoshimura started his own label in 2002. Using bright colors and patterns that were matched to obsessive construction and fit, his socks were a hit. Word got around, but in this early era of internet commerce, copping a pair took research and luck.

While the name feels almost ironic now - as Anonymous Ism socks are now easily found throughout Europe, Asia, and North America - the name reflects the early days when online shopping, especially on a global scale, was still in its infancy. 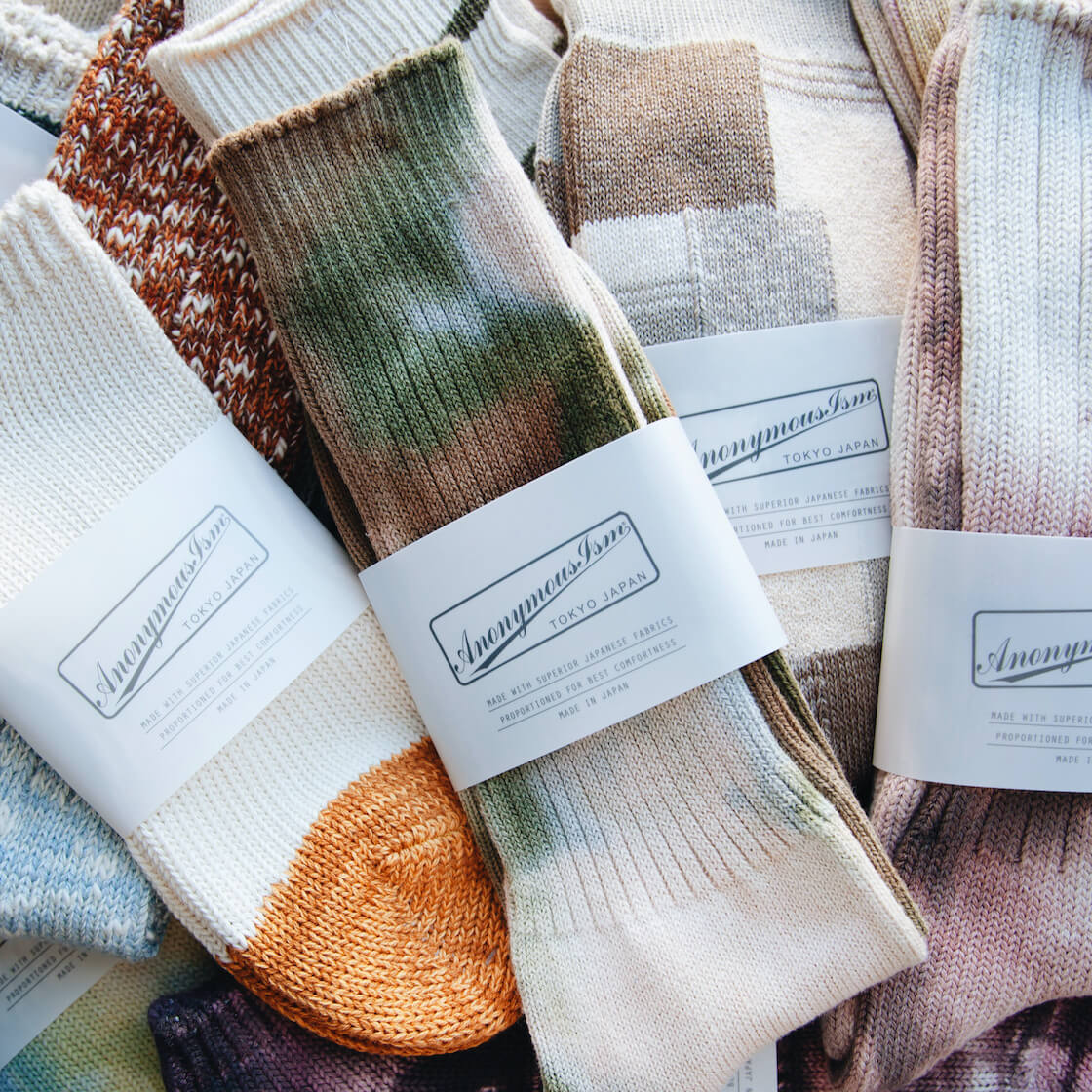 From the beginning, the whole idea was simple and honest: Produce socks of superior quality and comfort.

Still using the same machines (that are now extremely rare), Anonymous Ism is able to pack in the patterns without adding excessive bulk or weight. However, dedication to old school techniques hasn’t hindered some thoughtful innovations.

The base yarns for Anonymous Ism socks are wool or cotton. Those are blended with a specialty fiber called Dralon. Dralon is a high-tech polyacrylic microfiber with good durability and tear strength that makes it bounce back to shape. Used in concert with natural fibers results in the perfect combination of stretch, strength, comfort, and warmth.

Additionally, new collections from Anonymous Ism use more organic and recycled cottons, paper yarns, and hemp. These environmentally friendly and sustainably produced yarns are often more durable than modern cotton due to longer fiber staples (with the exception of recycled cotton, but that’s balanced out by being softer). 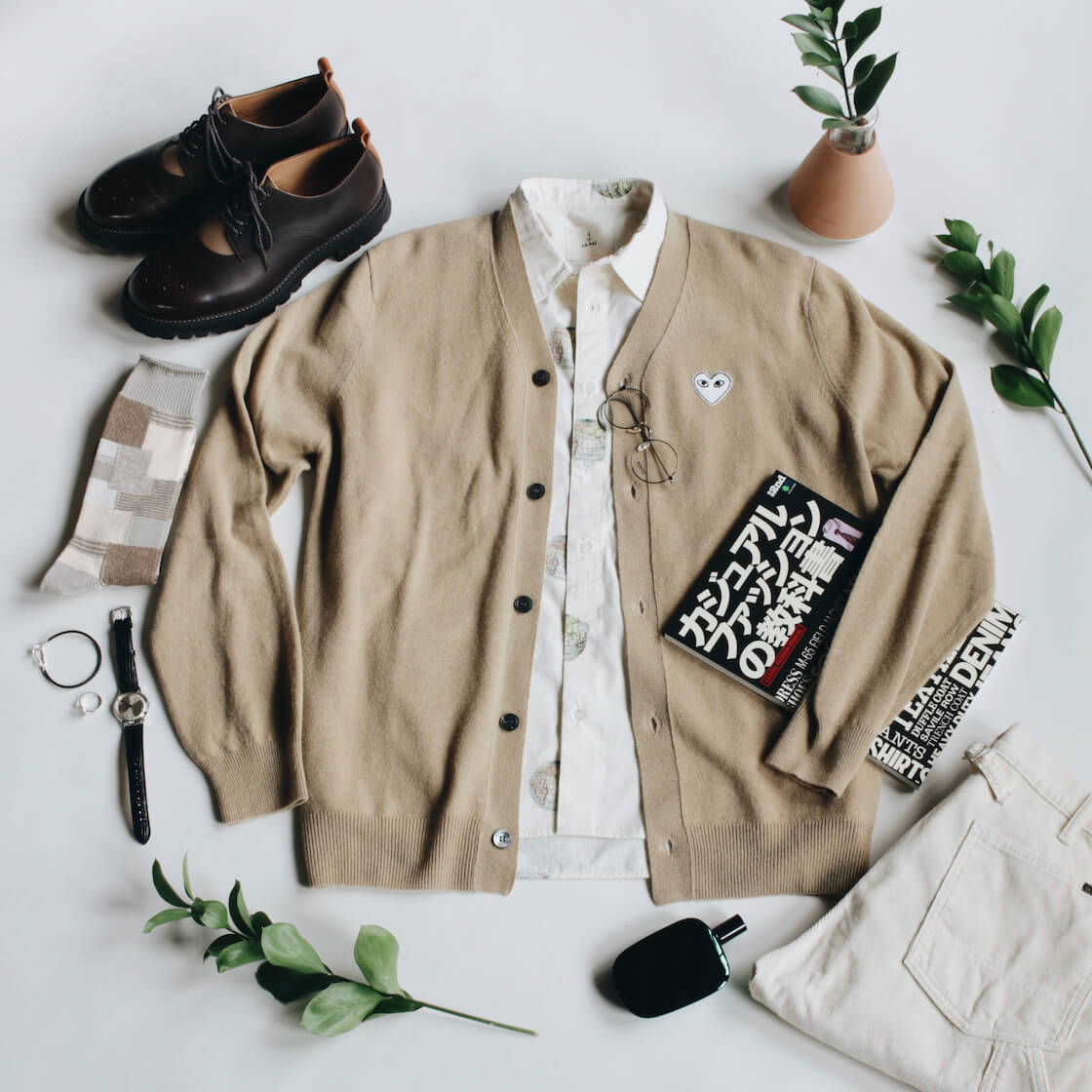 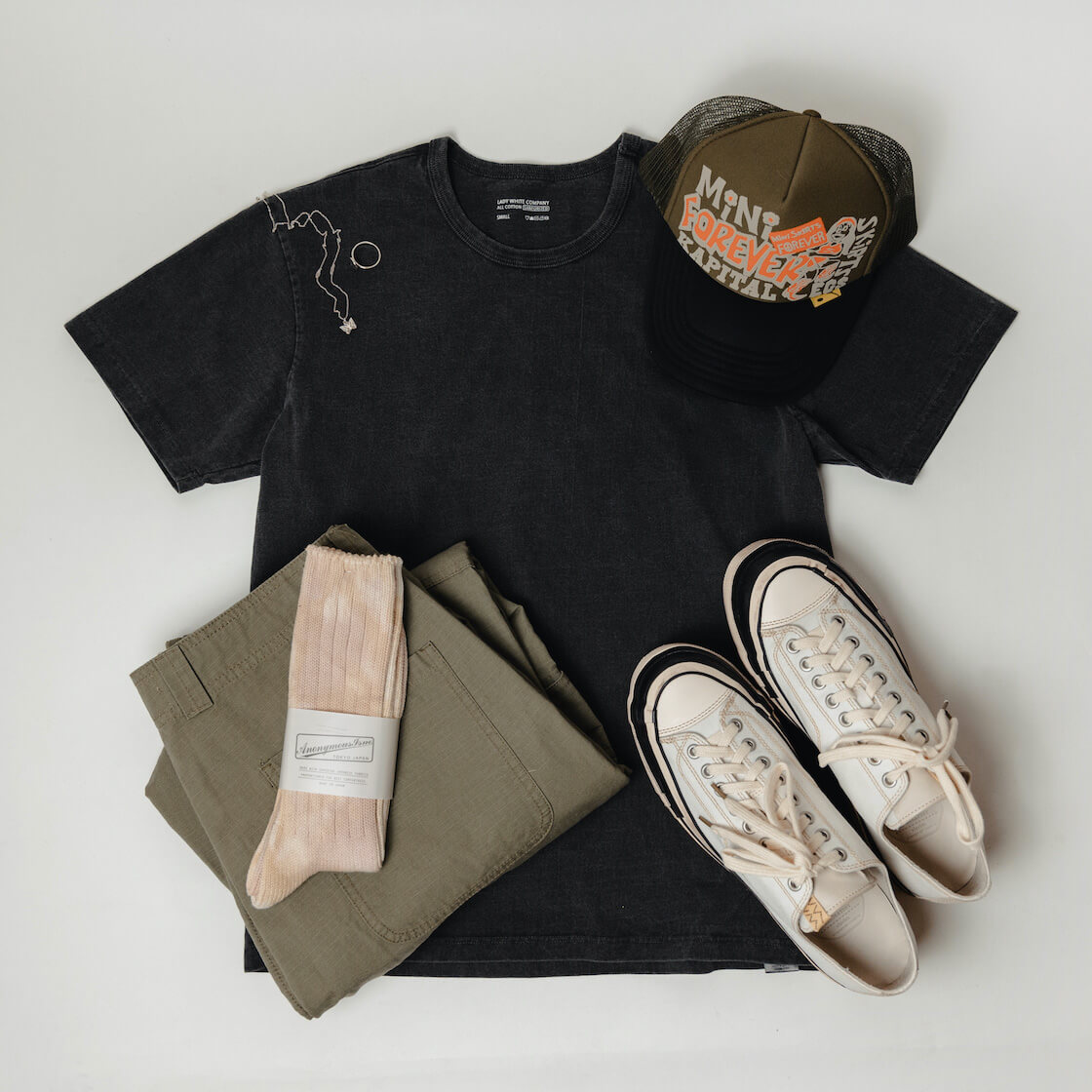 The quality is all there, but for us, that’s not the final selling point. It’s the small things, those suggestive elements, that create completeness in a look. Small, but characteristic inclusions are often responsible for a unique impression of what may otherwise be a uniform sameness.

These private patterns of sock perfection provide a potent kick to your kit. They’re a way to enjoy every step of the day…