The History of Chinos and Khakis

Chinos, like many menswear icons, have a military origin. And just like raglans, white tees and bomber jackets, chinos were developed from a practical, utilitarian need - a genius of design simplicity that has changed very little over 150 years. 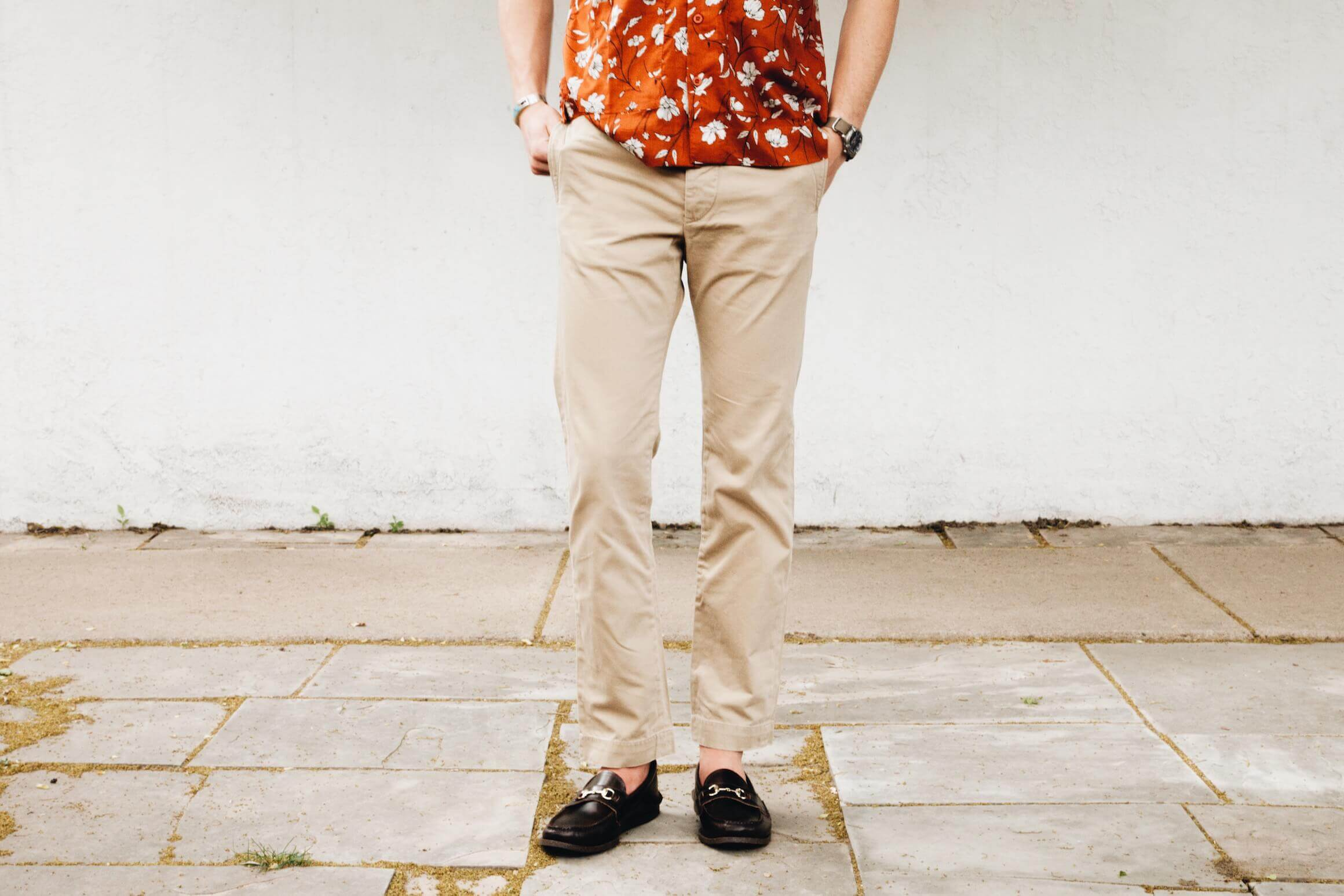 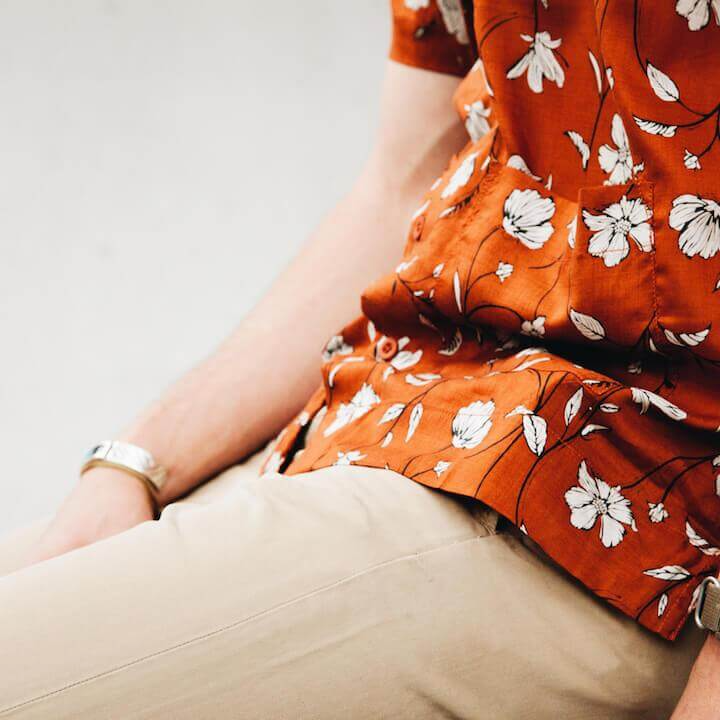 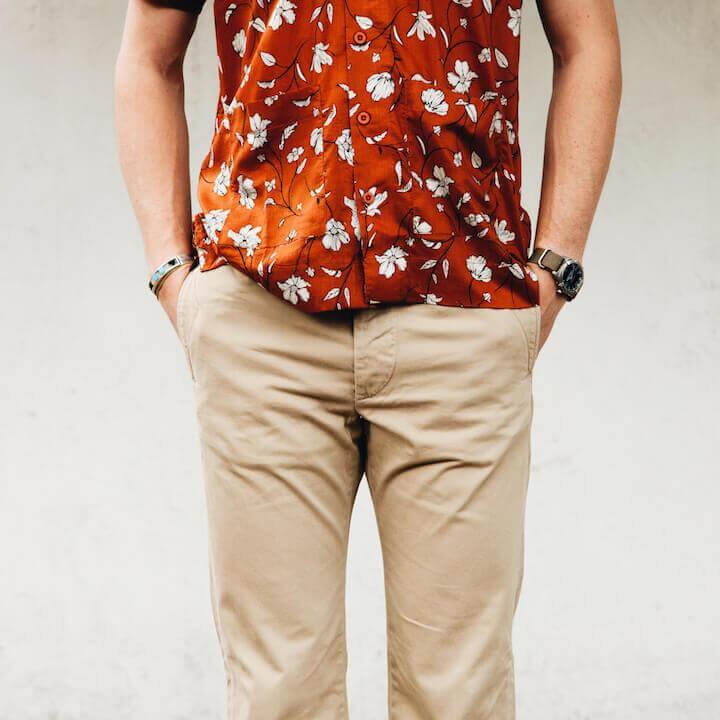 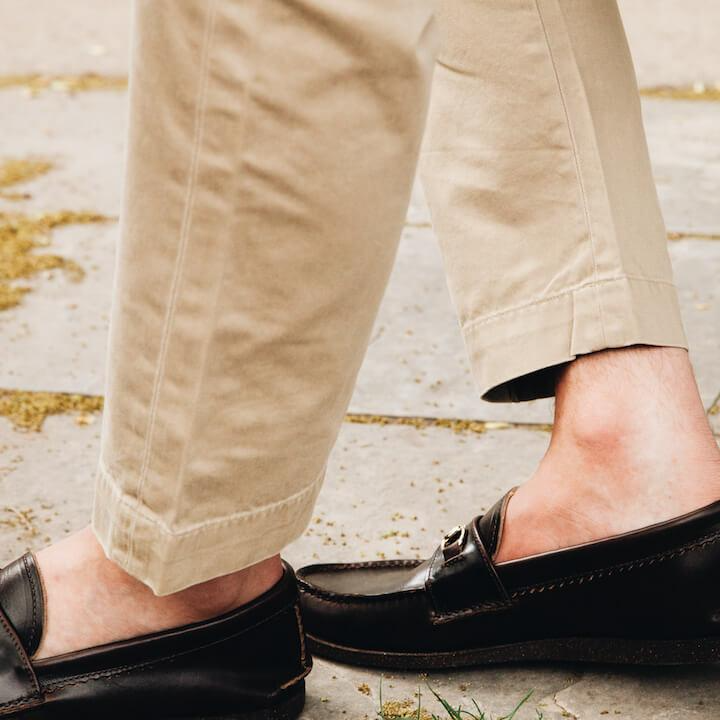 Starting with Henry VIII, the British military wore the same red tunics for two centuries straight. It made sense. Besides being a source of national pride (still worn by the Queen’s Guard), military strategy hadn’t changed much either. In their red uniforms, soldiers could easily identify their allies during melee, and muzzle loading rifles required infantry to be standing while loading and close proximity for accuracy. For this type of warfare, line formations were required, taking turns volleying shots.

It was quantity of projectiles that mattered, not camouflage.

The adoption of breech-loading rifles to the British Army in 1866 - faster rates of fire, better accuracy from greater distance, and the flexibility to load in a prone position - changed the tactical doctrine of the army. It was time for a change of uniform as well, one that adapted to the environment. 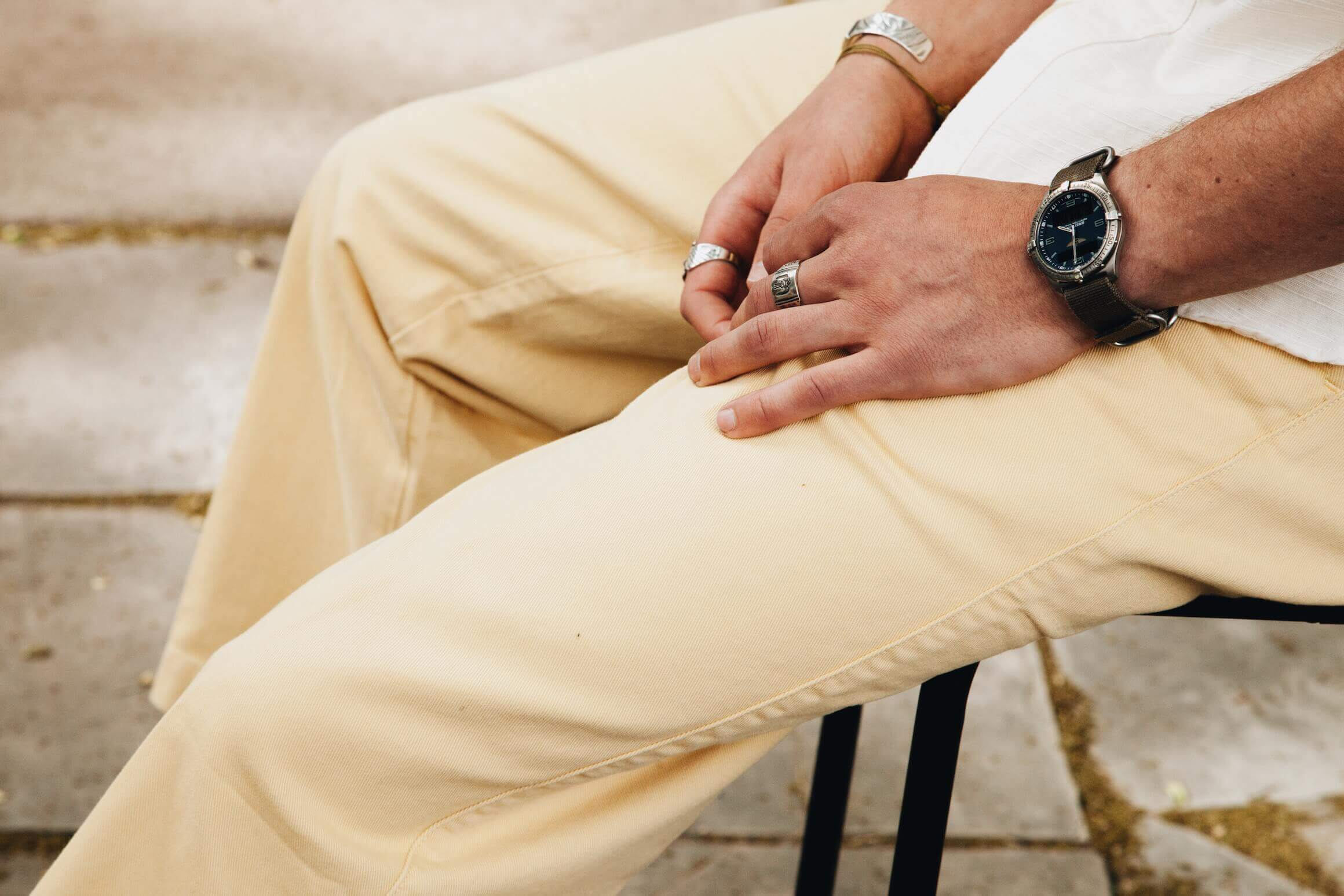 Things were already beginning to change in India. The advent of smokeless gunpowder and combat with “unsophisticated” native populations that refused to line up and take turns shooting, proved a discouraging and fatal problem for British soldiers plodding through the desert in heavy weight, target red tunics.

By the mid 1800’s, the impracticality of the uniforms could no longer be defended.

English officers noticed how their Indian privates wore only lightweight cotton garments and smeared them with soil and tea leaves to blend into their surroundings. Taking a cue, British Army officer Harry Lumsden decided his Corps of Guides on the frontier between India and Afghanistan would be more suitably dressed in drab-colored clothes.

Using local knowledge, the cotton cloth of the uniforms was dyed in mulberry juice and the resulting yellowish shade was named khaki, using the Hindustani word for dust.

Khaki, the color, was first worn by the British Indian Army starting in 1846. It was the first introduction of camouflage in official military uniforms.

A perfected khaki dye was patented right before the Second Boer War in 1899 and the color of the British uniform remained relatively unchanged through World War II. Beyond Britain, khaki dyed, lightweight cotton twills became the de facto uniform for all the major colonial powers.

Americans adopted khaki trousers in Cuba and the Philippines during the Spanish American War in 1898. Imported from China, American soldiers (with possibly a touch of gallows humor) called the pants pantalones chinos, using the spanish words for “china pants.” In 1902, chinos became part of the official US Army uniform. 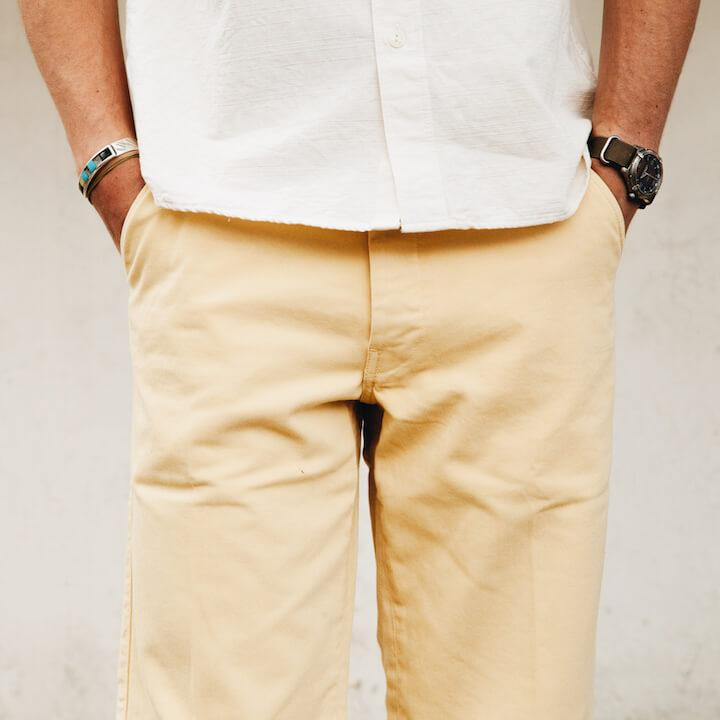 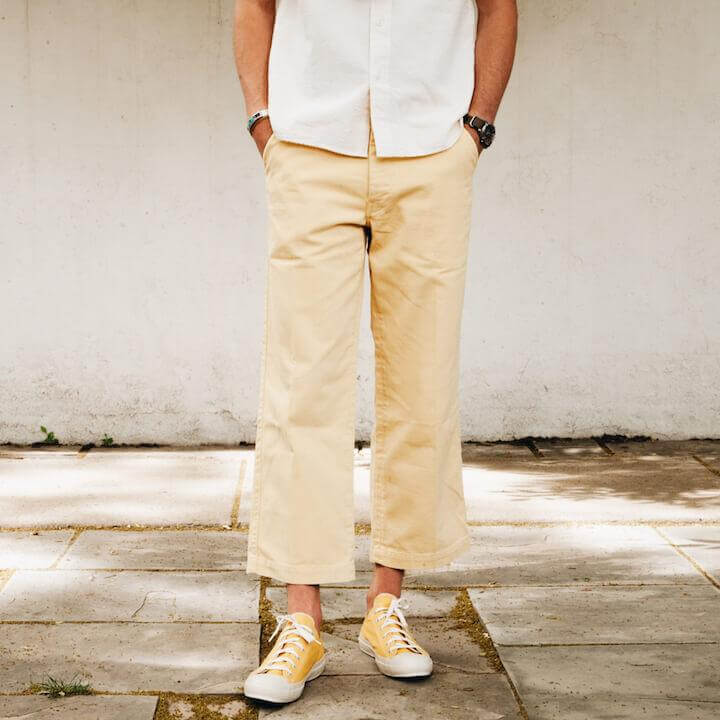 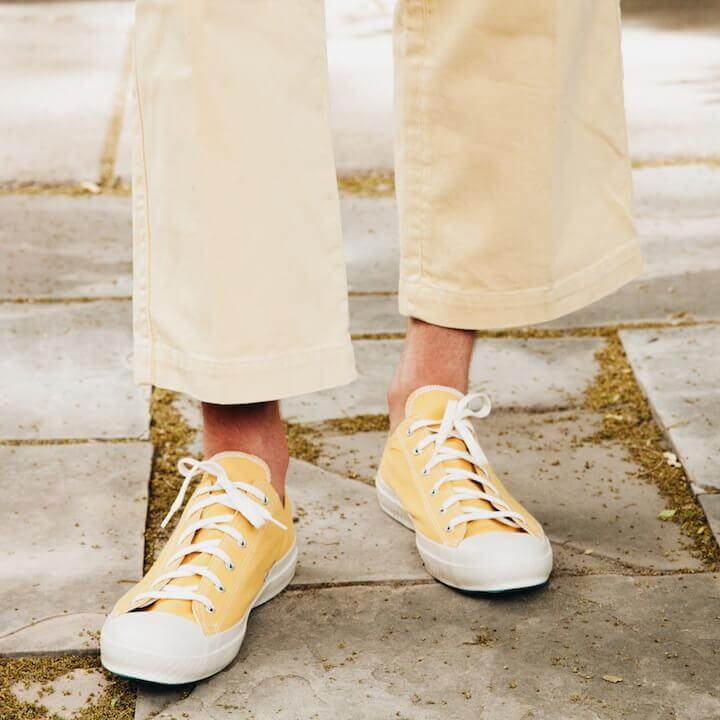 By WWII, the khaki chino had been in service for nearly 100 years, but it would be that conflict that brought these trousers to the general public.

Preceding generations of chinos copied riding uniforms of the 1800’s with flared thighs and narrow bottoms. The WWII service chinos had movement in mind with a high rise and wide leg. This new cut was in direct opposition to the other military powers who still had fashion in mind, making uniforms styled to enhance the “military body” while the American version presented a devil-may-care impression for which American troops were famous for.

By the end of the war, the U.S. Army numbered 8.3 million service men and women and they required a mountain of uniforms and the fabric to make them. With the G.I. Bill ushering in a period of prosperity hitherto unknown - with low-interest mortgages and grants covering education expenses - the Class C Army field uniform marched onto campuses across America. 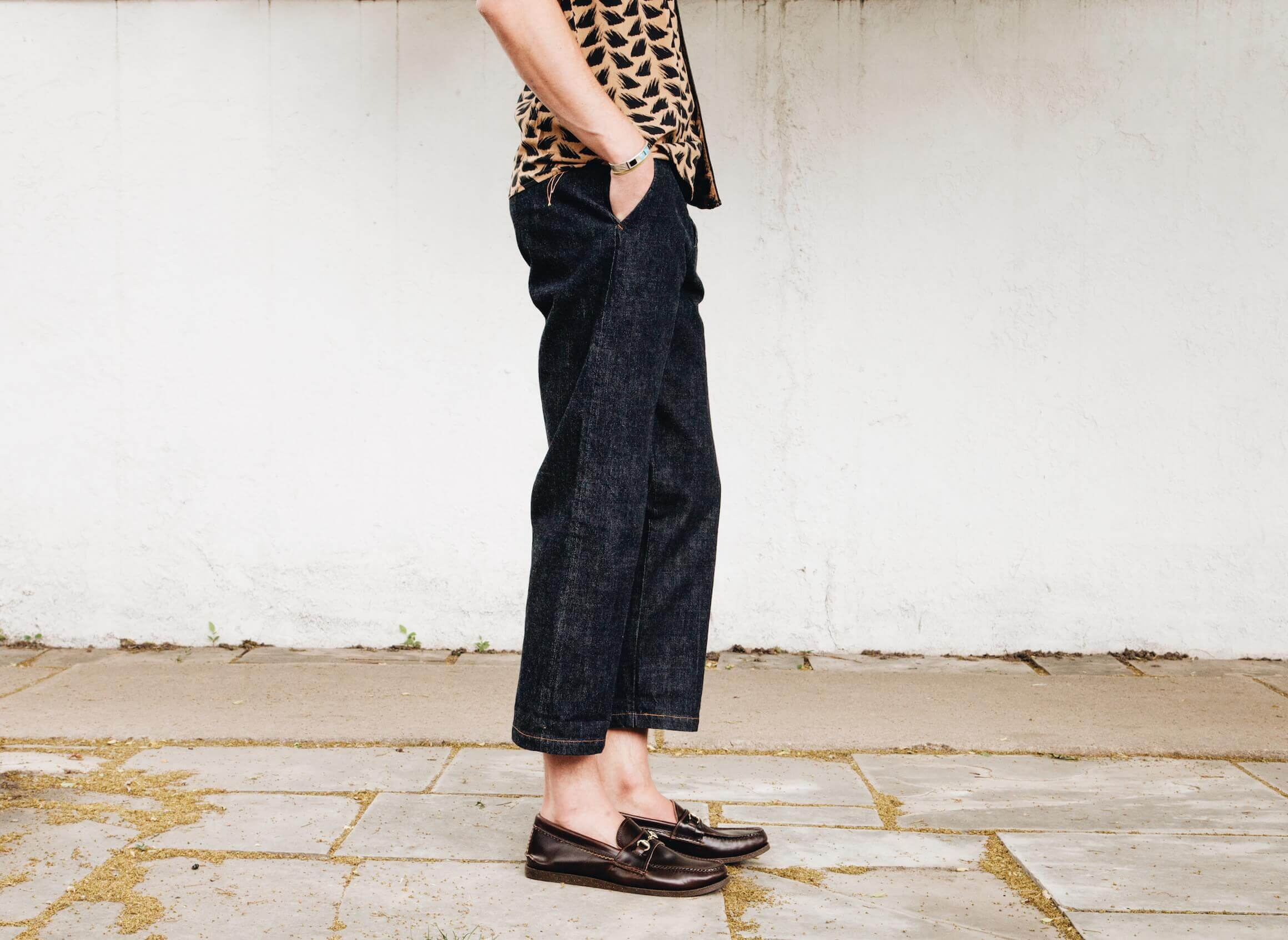 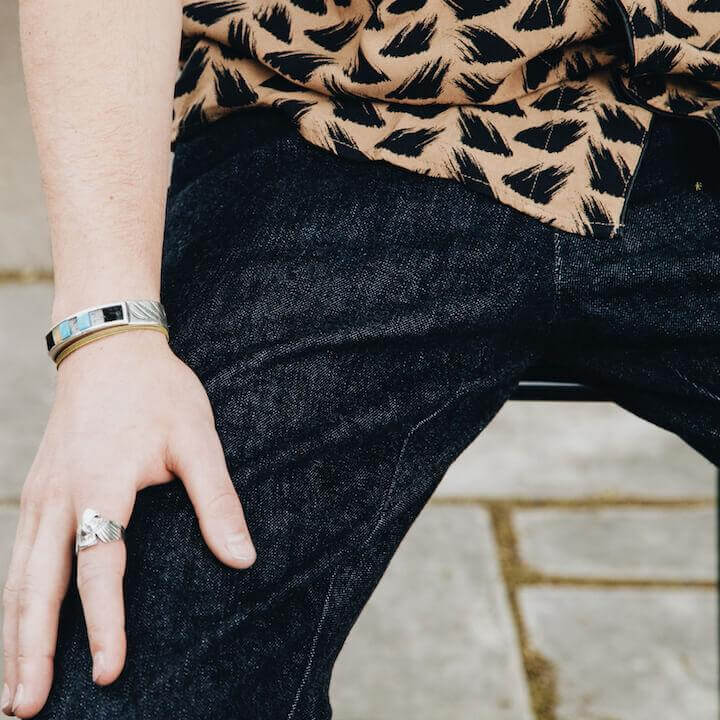 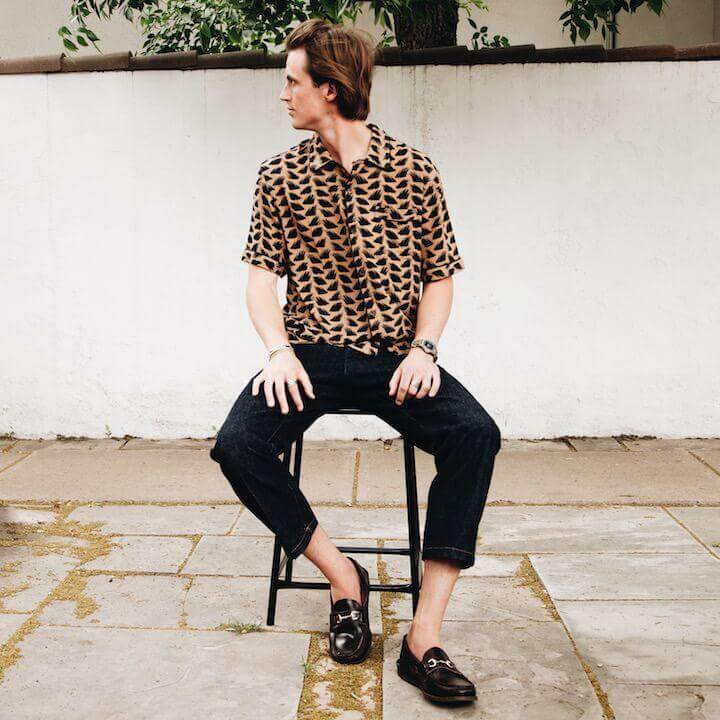 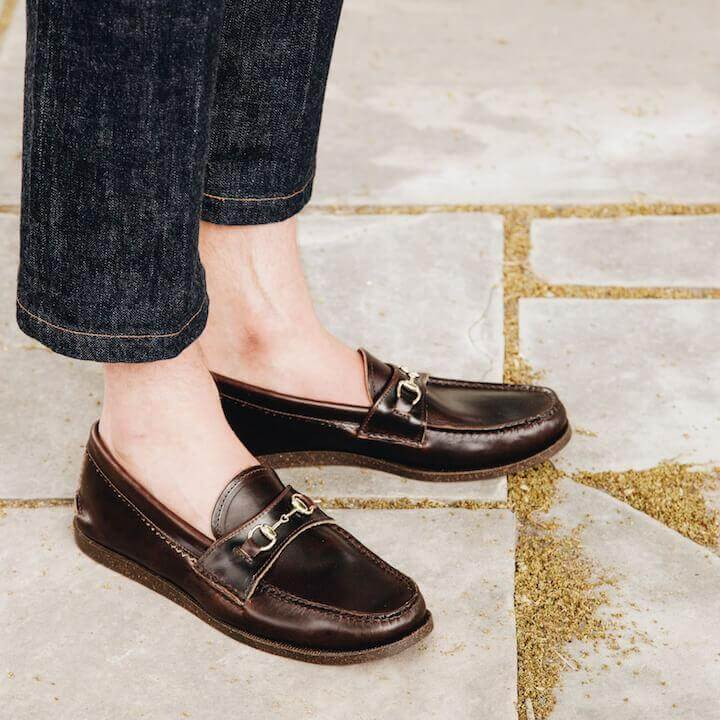 Made from cotton and not some fussy wool, they were more durable, easier to clean, and considered less class specific, but more formal than denim. While denim was becoming symbolic of rebel youth culture, chinos had become symbolic of the educated middle class.

Along with sports jackets, blazers, oxford shirts (white for evening, blue for daytime), and boat shoes, cotton chinos completed the Ivy Look. Hollywood soon followed, leading a generation to define chinos as effortlessly cool American style. And somewhere early in that mix, chinos broke from their khaki roots with a variety of colors, hidden seams, and more formal cuts. 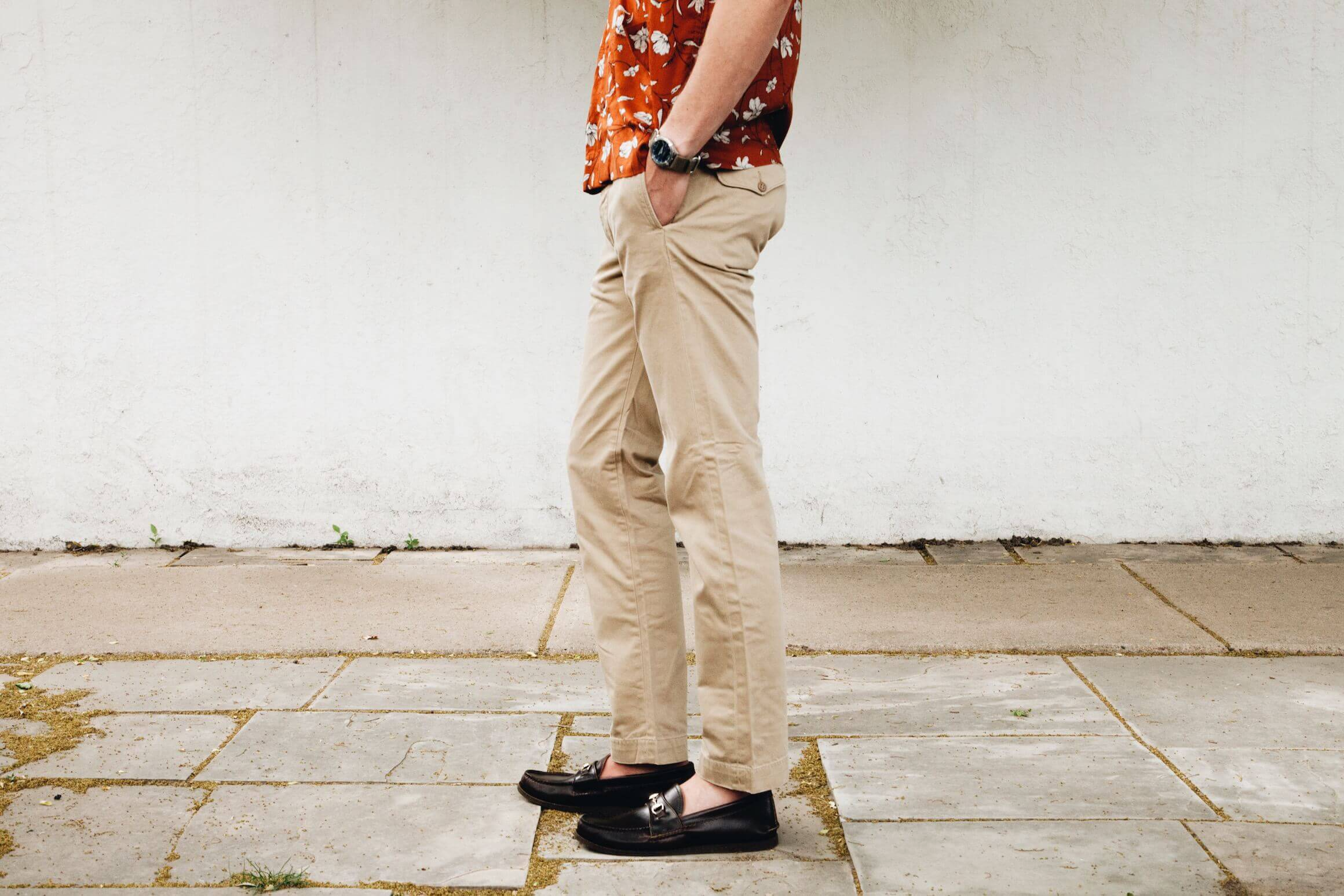 Like everything in fashion, chinos went through their dark times. Though pleated chinos were at first aimed at changing the suit and tie conformity of corporate America, they became exactly that to the men who bravely commuted to fields of cubicles throughout the 80’s and 90’s.

But thanks to their versatility, sitting exactly in the middle of the formality scale, chinos continue to be the ideal pant to dress up or down. With brands like orSlow, YMC, Universal Works, and Fortela taking on the classic style, it’s obvious that these aren’t your dad’s dockers.