The Work of Kinji Teramoto

Anatomica, Rocky Mountain Featherbed, Wakouwa, Mighty Mac, Big Yank and Braggin’ Dragon are all separate brands that focus on different eras and styles, but they all share in one enthusiastic vision.

This web of brands was slowly developed by Kinji Teramoto and 35 Summers. A world class vintage collector and one of the importers responsible for the vintage boom in Japan during the 80’s and 90’s, Kinji Teramoto flew back and forth to America, collecting vintage from thrift stores, flea markets and basements and bringing it all back to the style starved youth of Japan. 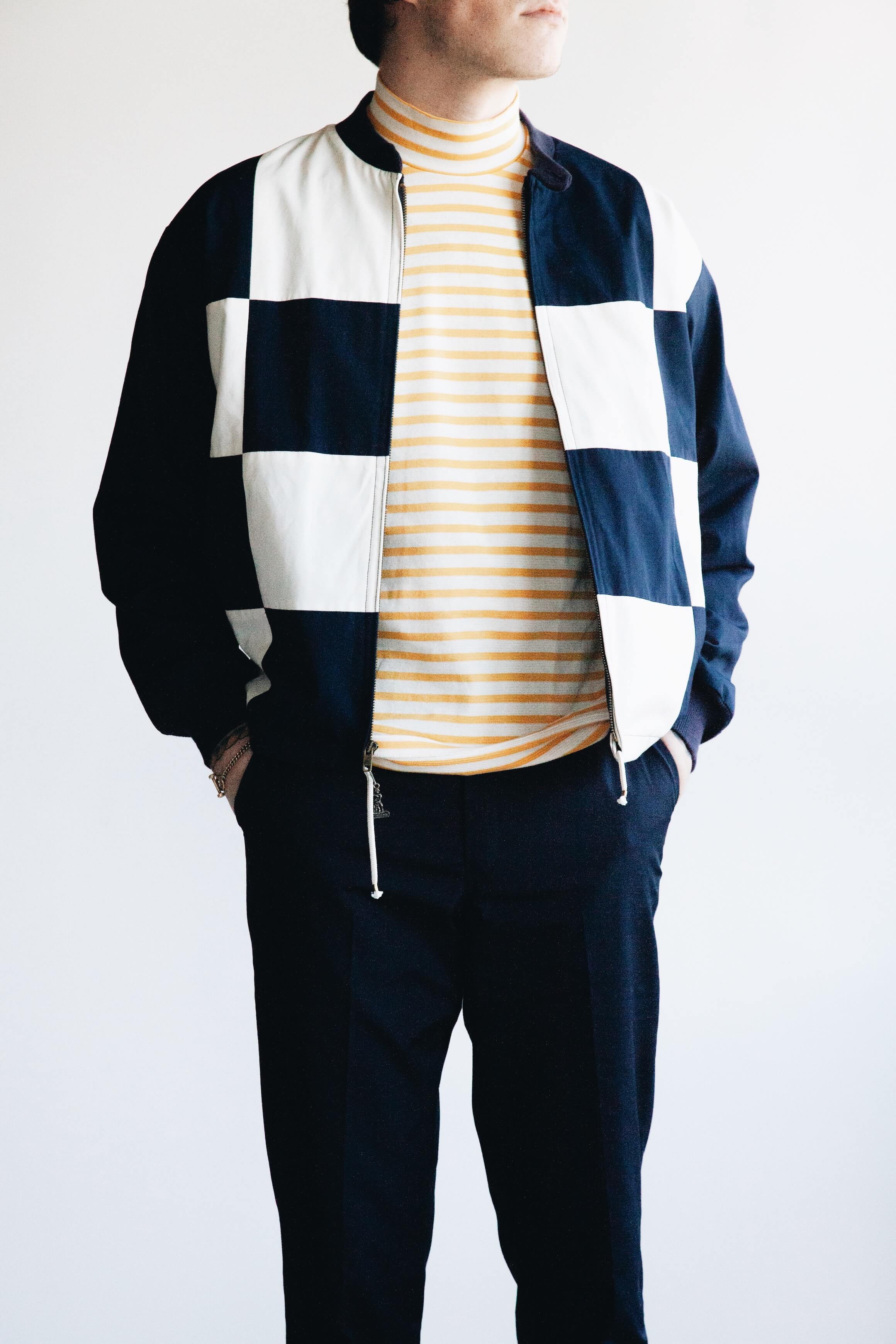 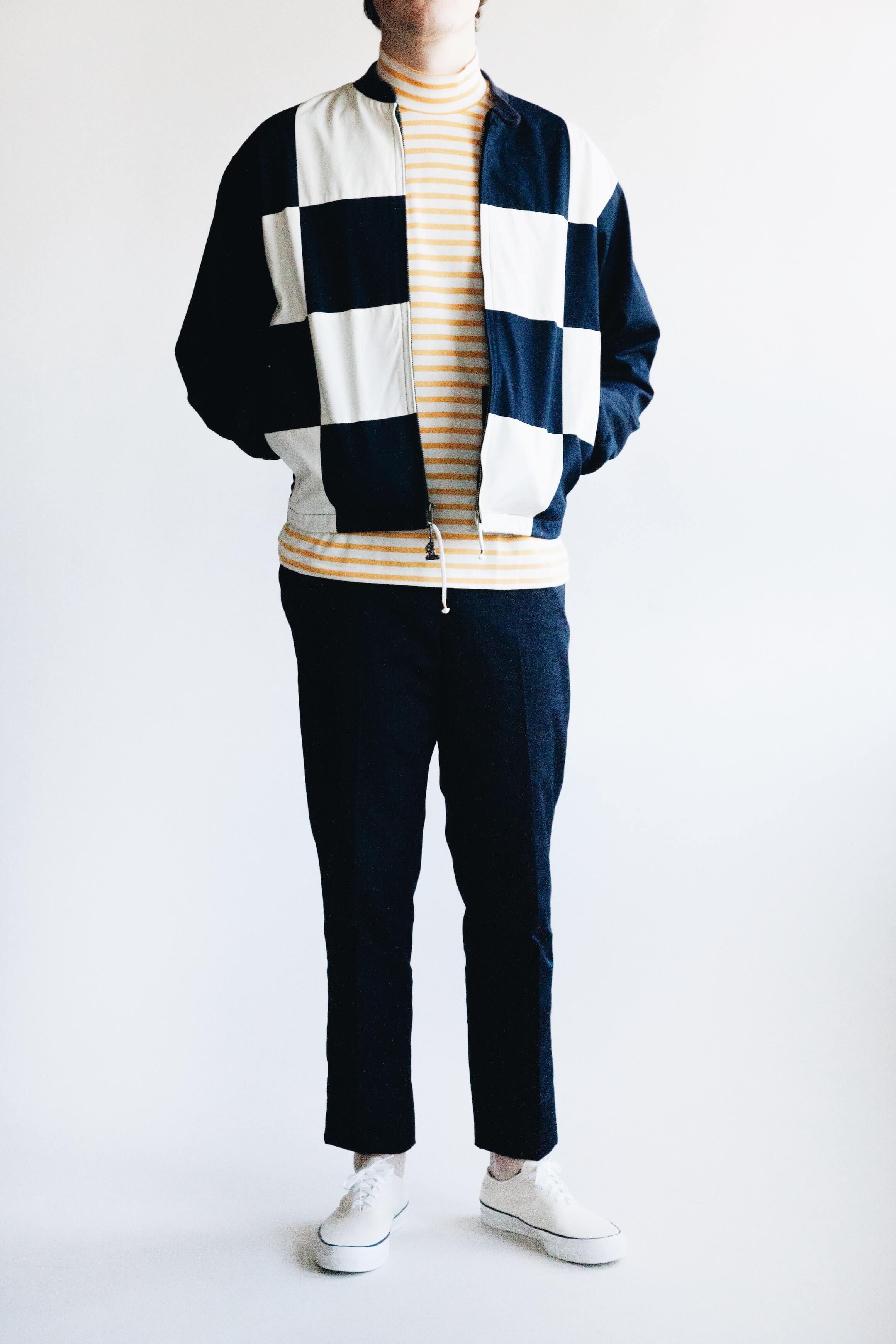 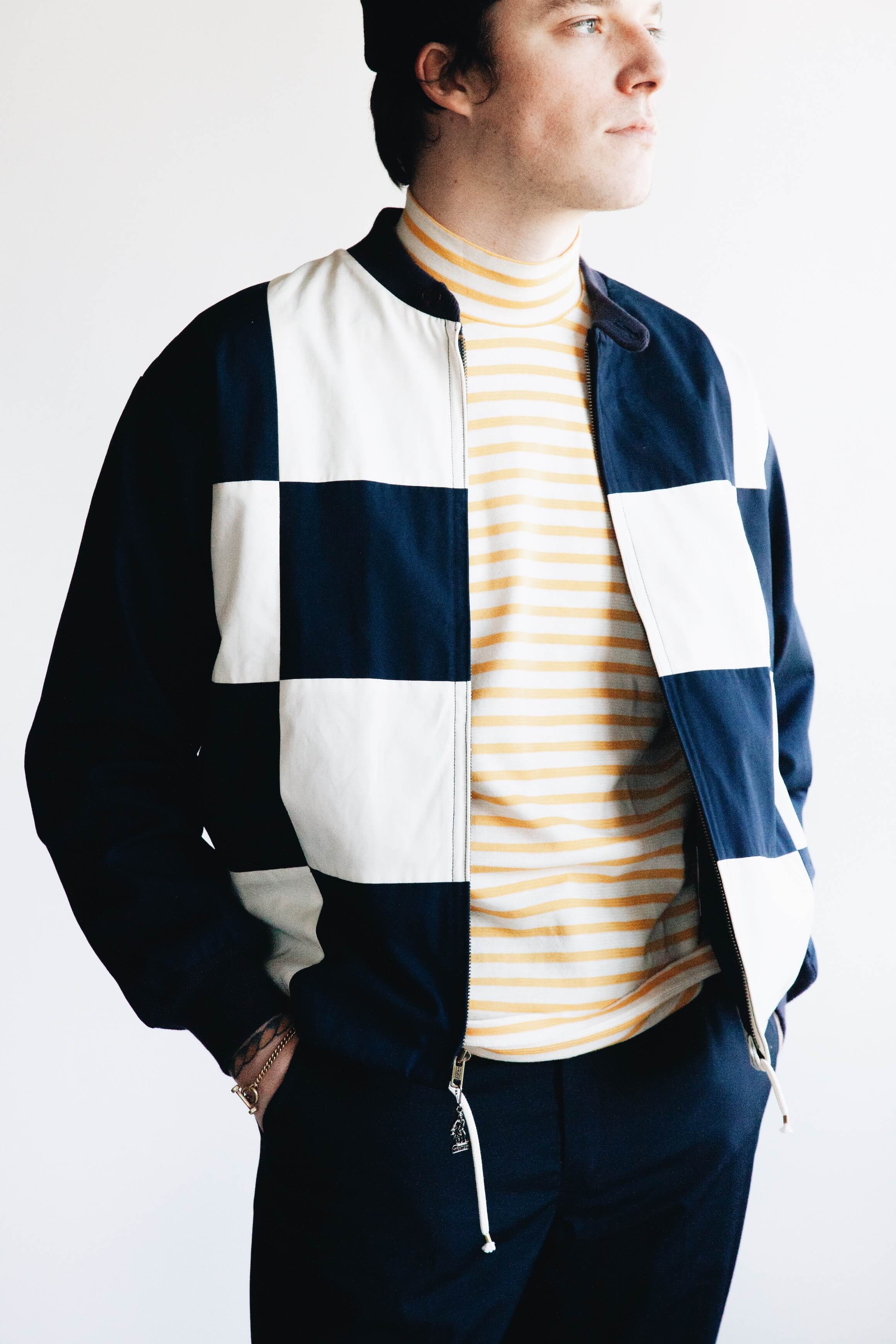 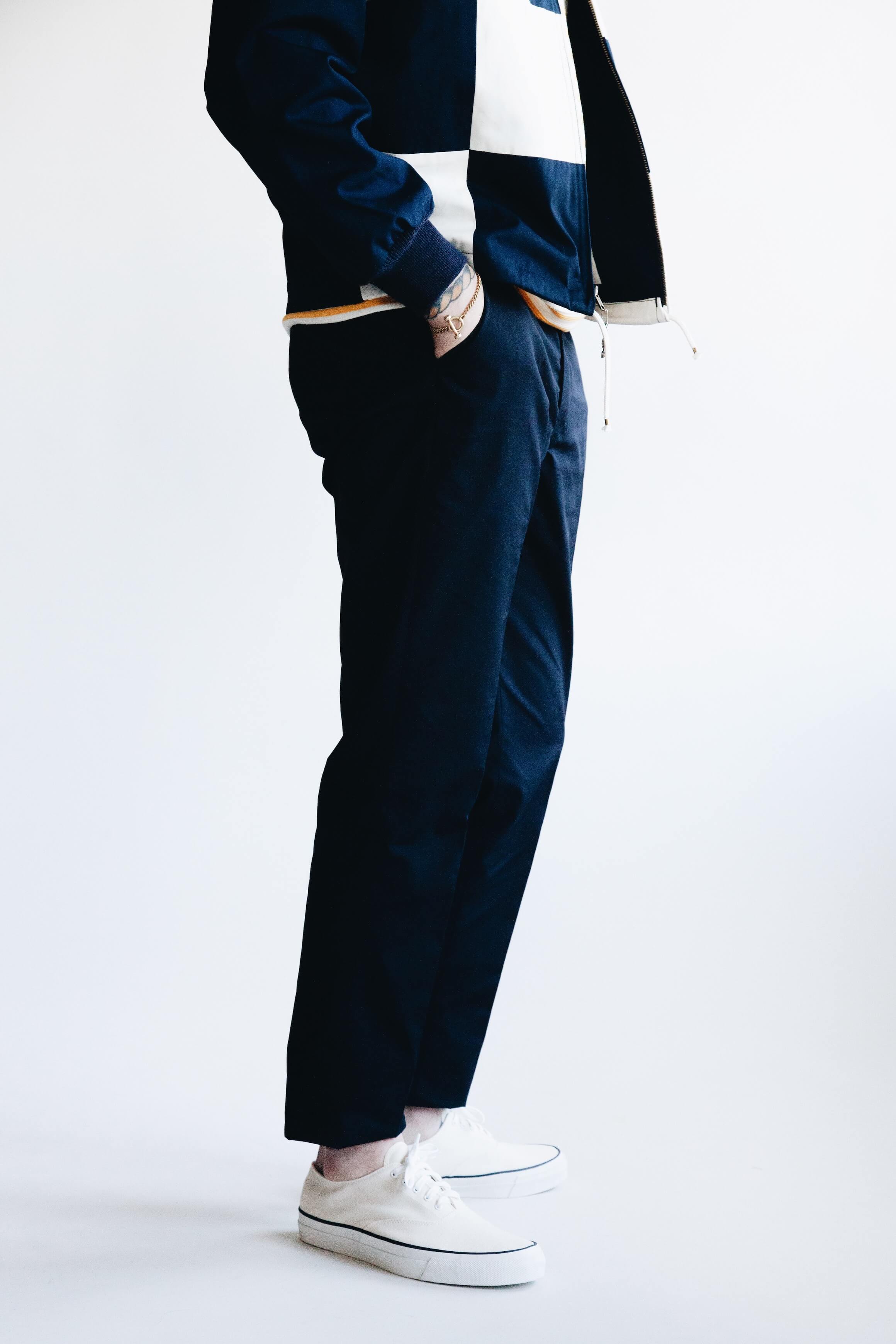 Prior to WWII, Japan was a closed society and clothing was dictated by class. But as they emerged from a post-war depression, Japan looked to the diverse landscape of Americana – from Ivy League prep to Rock n Roll, rugged western gear, sportswear and outdoorswear.

Meanwhile, America turned away from its long history in textile manufacturing in favor of overseas, mass-produced department store homogeny. Vintage traders quietly smuggled out most of America’s deadstock without anyone being the wiser – bought for a few dollars and resold in Japan for thousands. 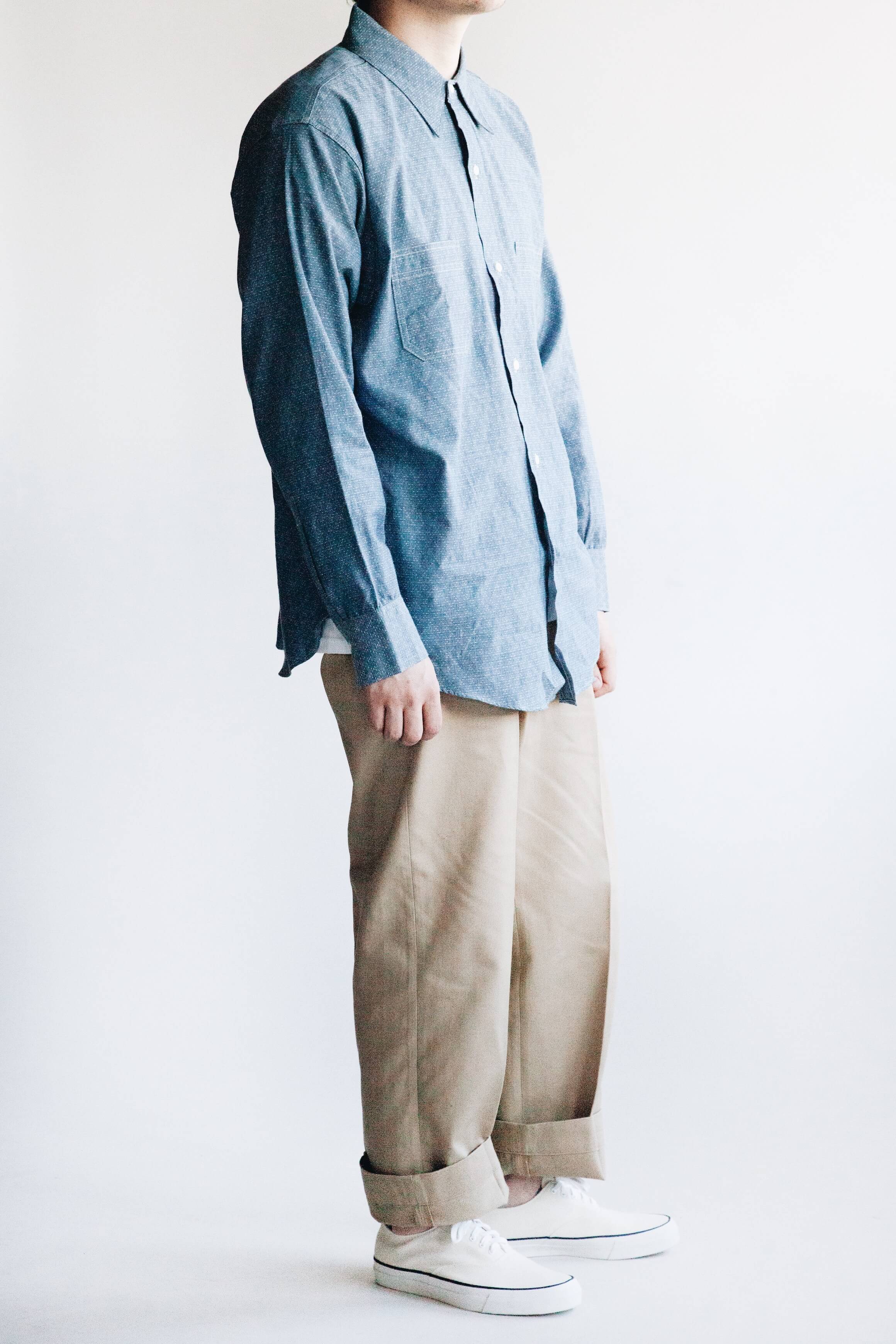 Kinji Teramoto was one of those treasure hunters and started 35 Summers to wholesale his finds to stores across Japan.

But it couldn’t last forever. By the end of the 90’s, price, demand and availability became unsustainable. Simultaneously, enterprising Japanese manufacturers like Full Count were making new versions to rival the originals.

From those vintage collections, a force of Japanese designers were born. Using archival pieces, brands like Sugar Cane, orSlow and Kapital combined the details of vintage while building on it – playing with fabrication and often developing kaleidoscopic cultural creations. 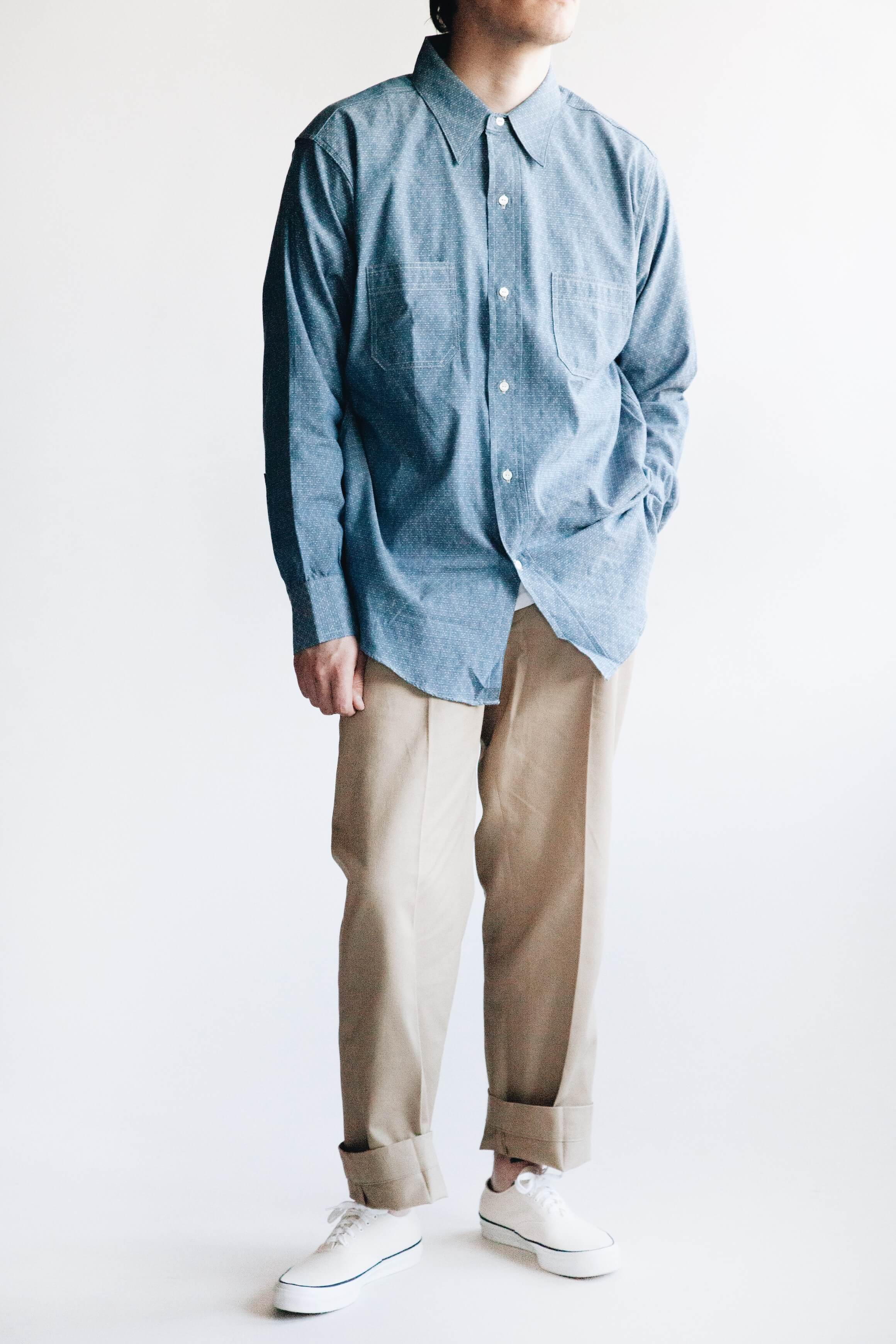 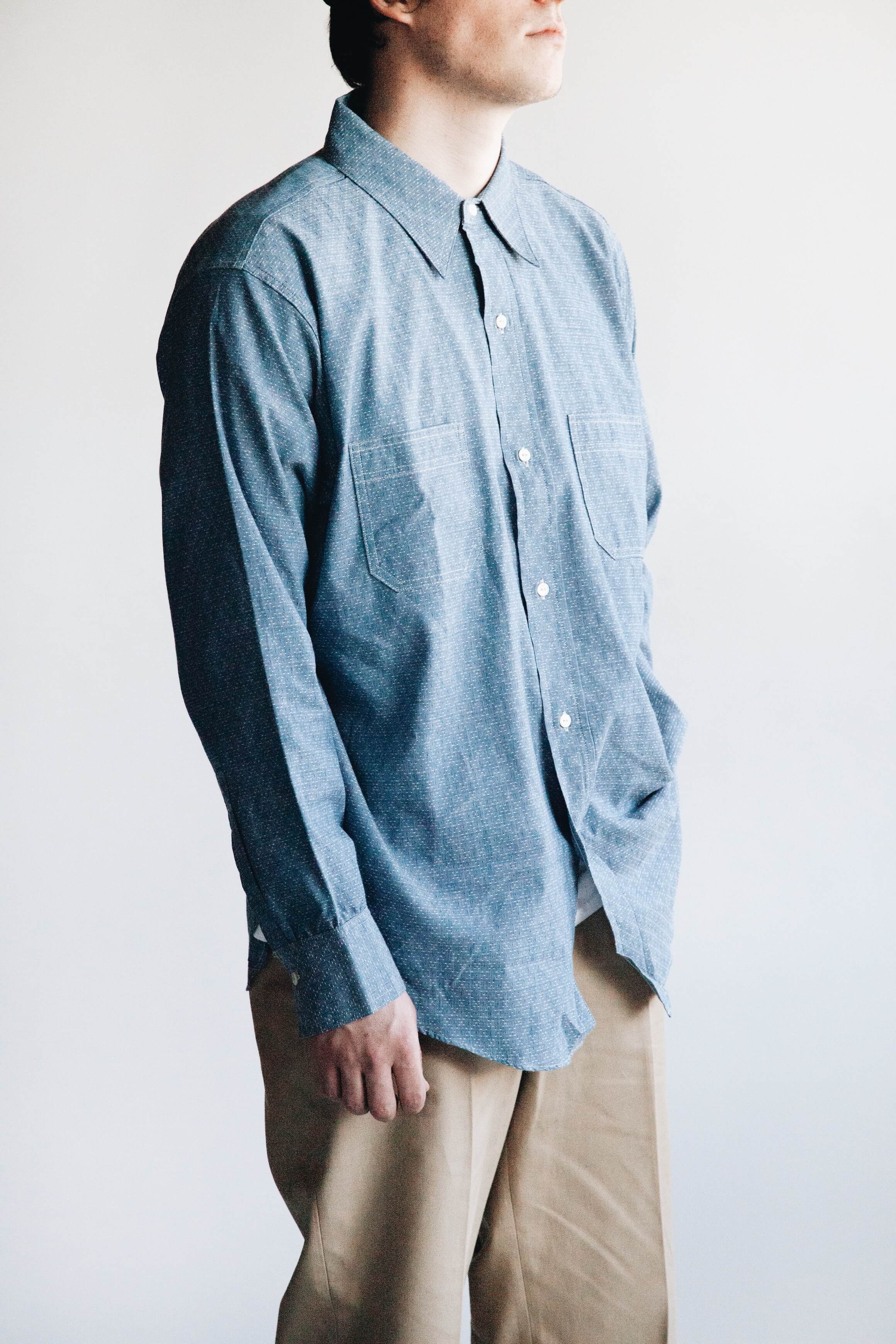 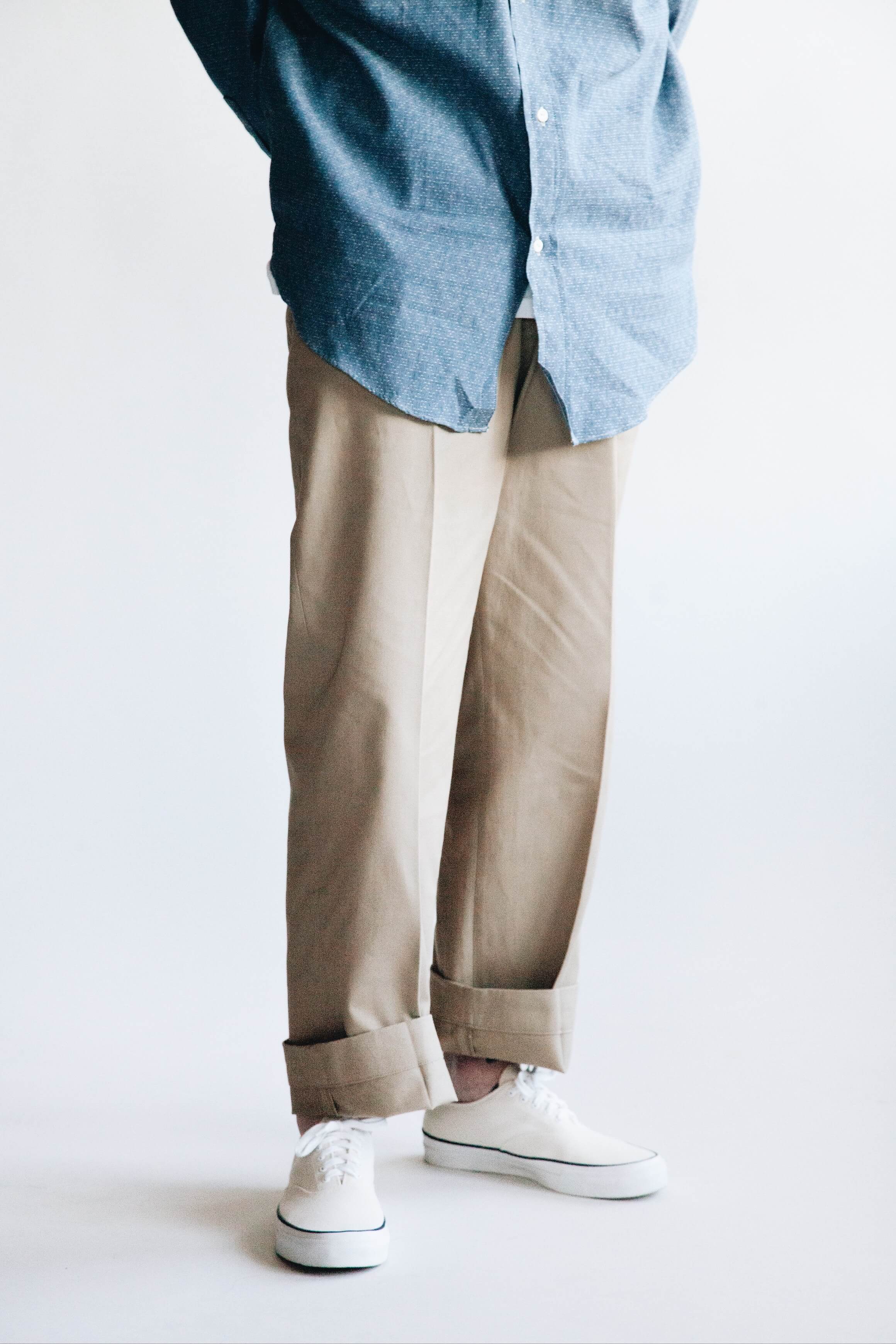 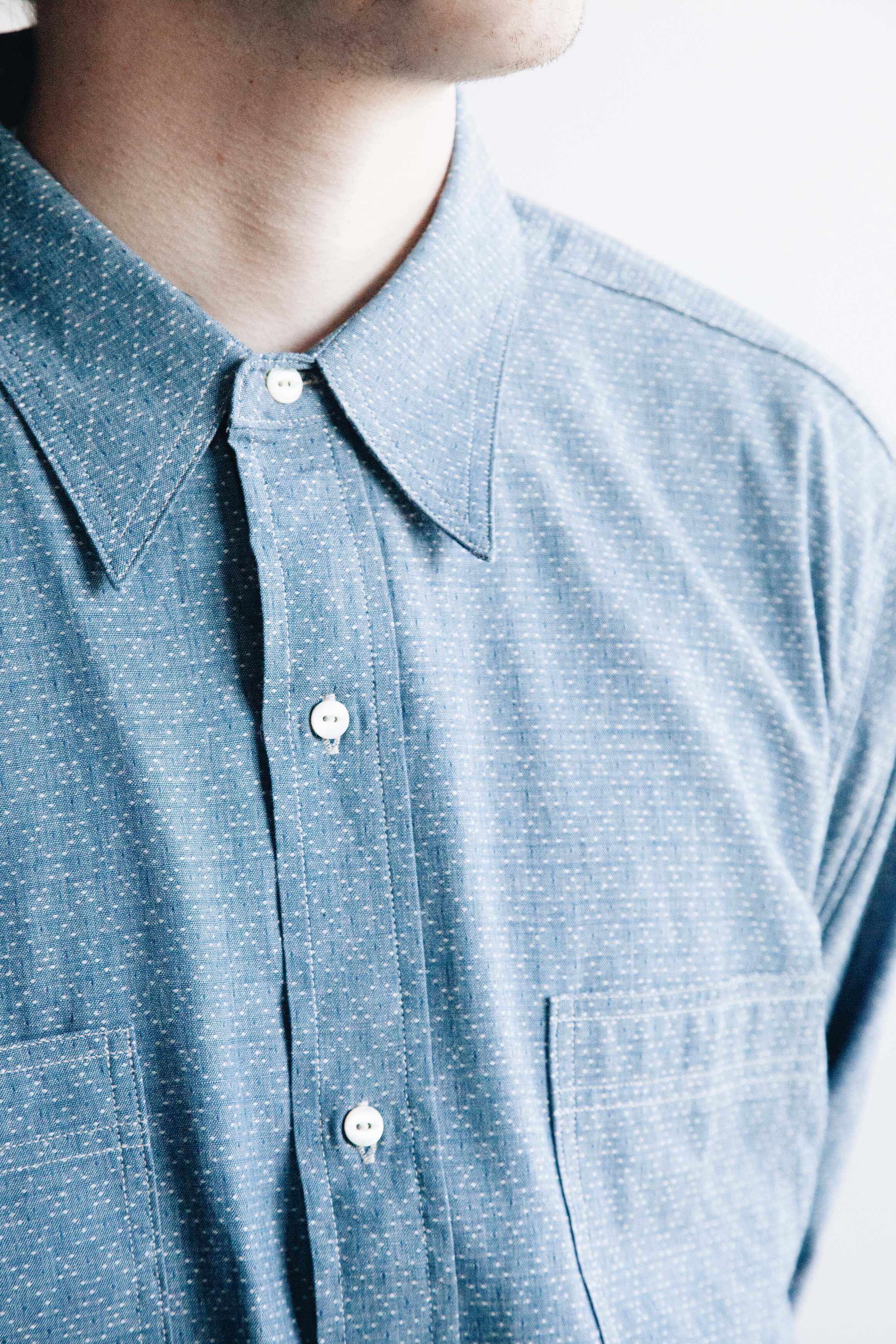 Kinji Teramoto did both. Using his archives, in less than a decade he revived the rugged Wyoming outdoorswear from Rocky Mountain Featherbed, the blue collar workwear from the Midwest’s Big Yank and the nautically influenced East Coast gear of Mighty Mac.

While this was happening, he teamed up with legendary style steward Pierre Fournier as co-designer for Anatomica and sub-label Wakouwa to redefine Americana through their distinct European and Japanese lenses – adapting styles, production and function to reflect a global experience of menswear classics.

Adding to that retinue, Braggin’ Dragon was revived this season from the obscure 80’s golden age of emblematic prep wear - polos that pitted against Izod’s alligator with a fire-breathing dragon. 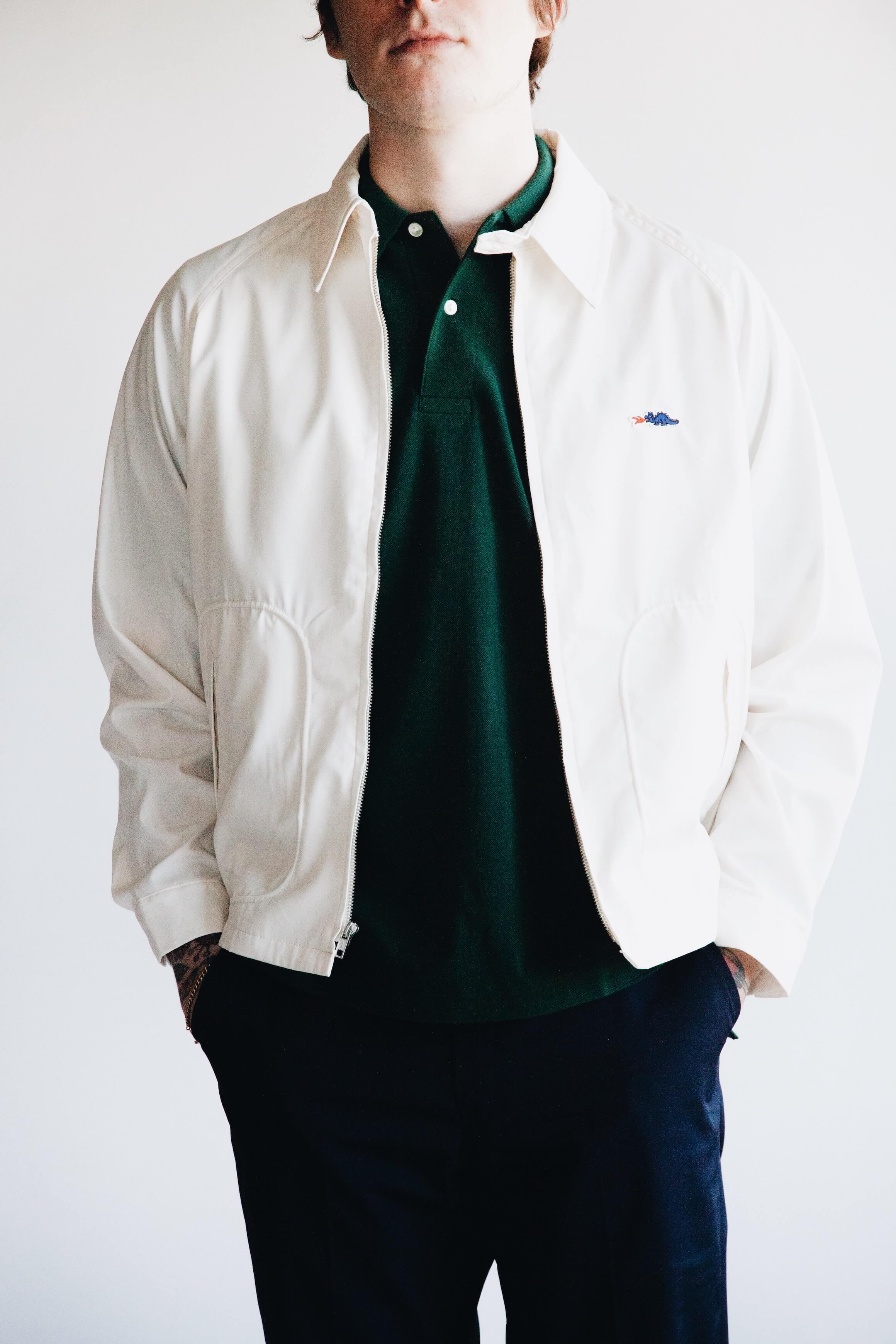 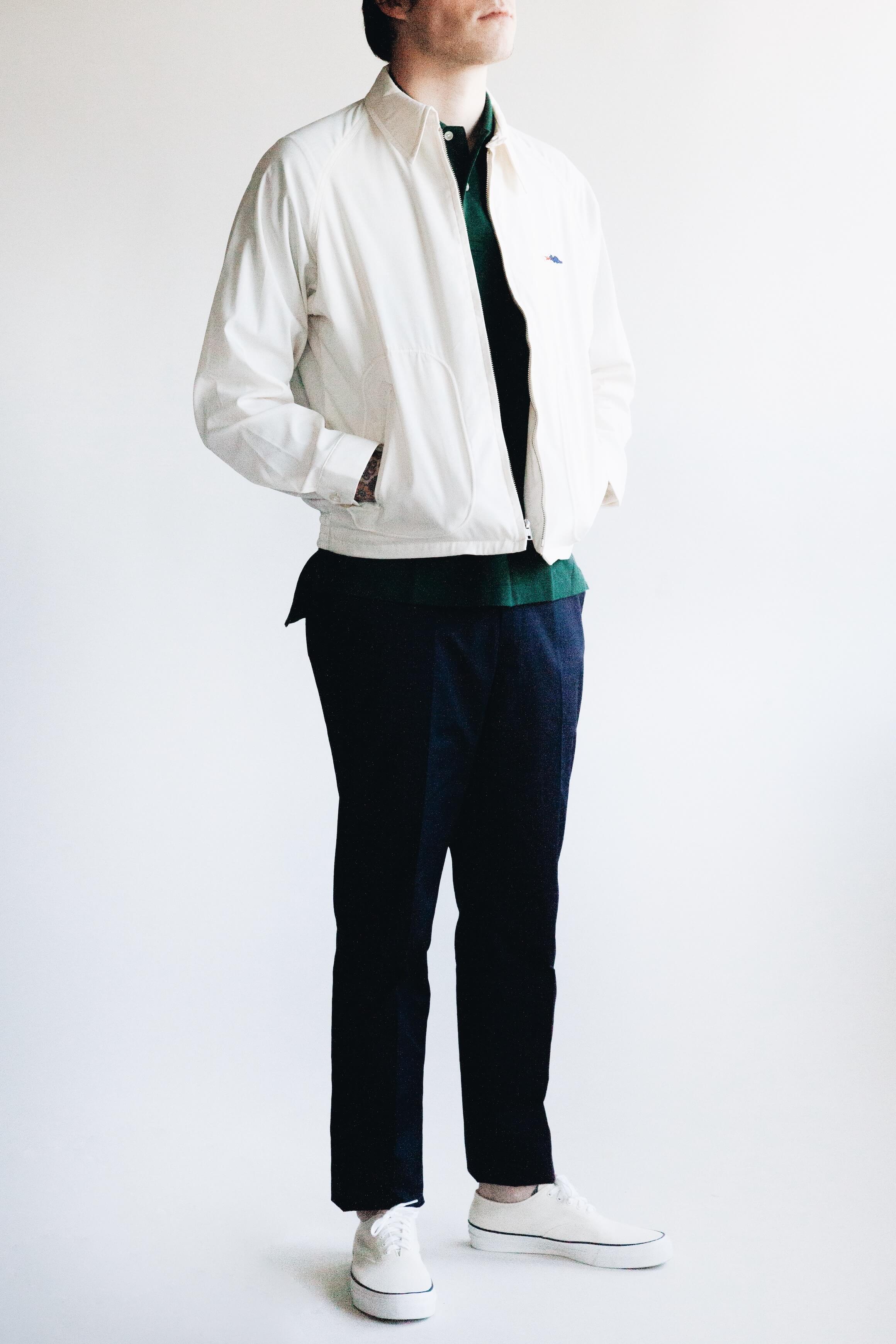 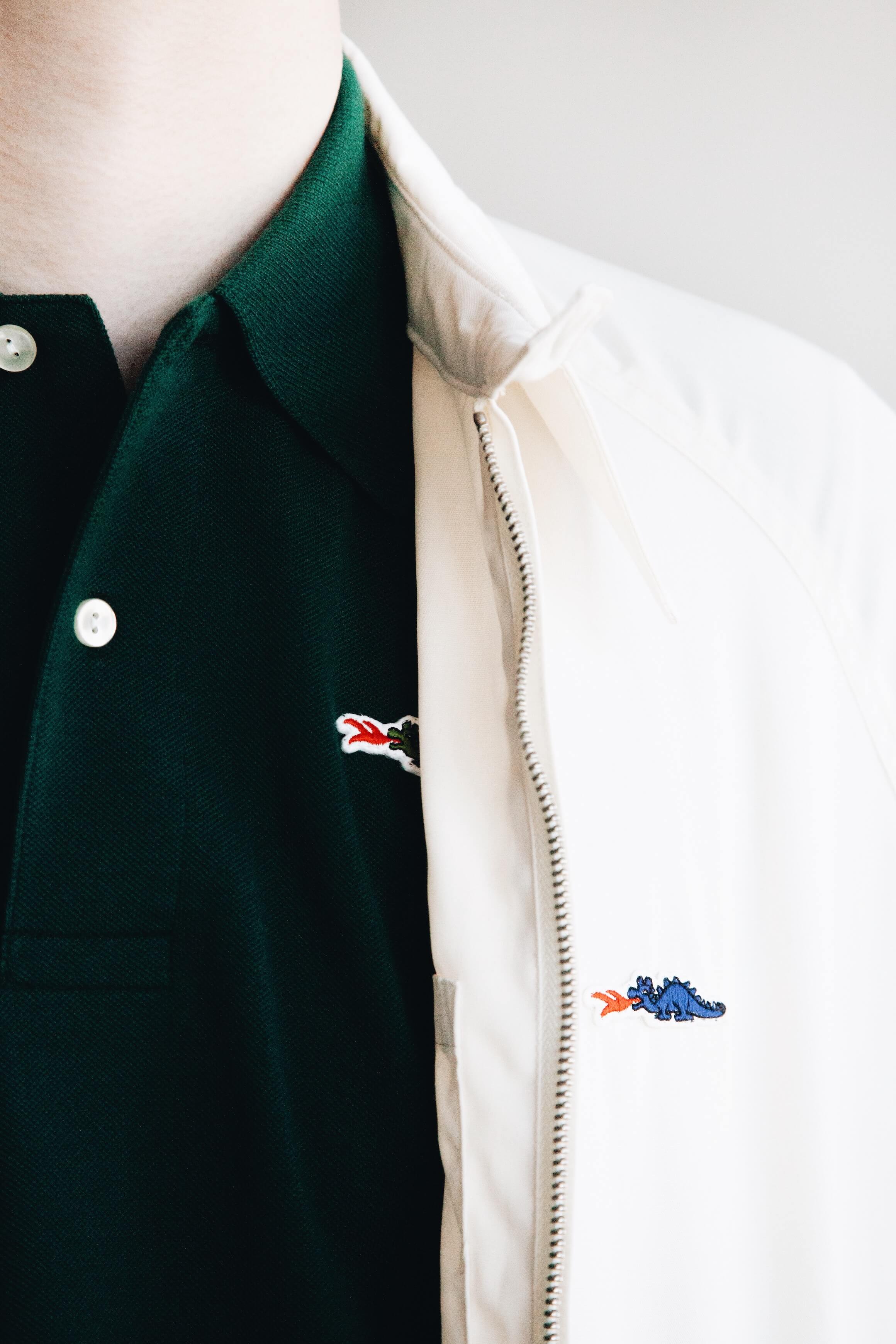 Today, all of the brands are housed under one seven story building. Kinji Teramoto studiously designs and revives brands on the top floor, manufacturing and marketing is on the floor below, the production factory is housed on floors five through two and the ground floor is the Anatomica retail store that brings it all together for shoppers. All of the phases, starting from design to retail, are housed under one roof – allowing concept to creation to flow directly.

Both the genuine article and an update, this is revival and future vintage.