THE LORE OF ENGINEERED GARMENTS

You’re telling me an engineer made these garments?? Sorry, I had to get that out of the way right off the rip.

When I was asked to write about Engineered Garments, my first thought was to do a “history of” kind of story. It’s a relatively ubiquitous brand at this point, with IRL and URL stockists all over the world, and what’s essentially a sizable flagship store in NYC’s Garment District. But how did we get here? Founded by Daiki Suzuki in 1999, EG is older than most of the brands that are currently central to the men’s fashion zeitgeist, and has grown substantially over the last 20+ years, so I figured it would be cool and interesting to look back at the evolution of Daiki’s creative vision through the years.

Easier said than done. Engineered Garments’ official website says the brand was started in 1999, but doesn’t offer much detail beyond that. In fact, the site only has collection info going back to 2019. Vogue Runway, which shares and comments on their collections even though they aren’t technically runway shows, only goes back to Spring 2015. Searching on google.com will yield some Style Forum threads with photos from late 2000s era collections that either look like found footage or are just a series of dead links. Other articles reference the brand starting with pants in 1999, but given the lack of any kind of images of this early work, that feels more like rumors than actual history. How does one write about the history of a brand that everyone knows about, but doesn’t have an accessible visual record of its own past? 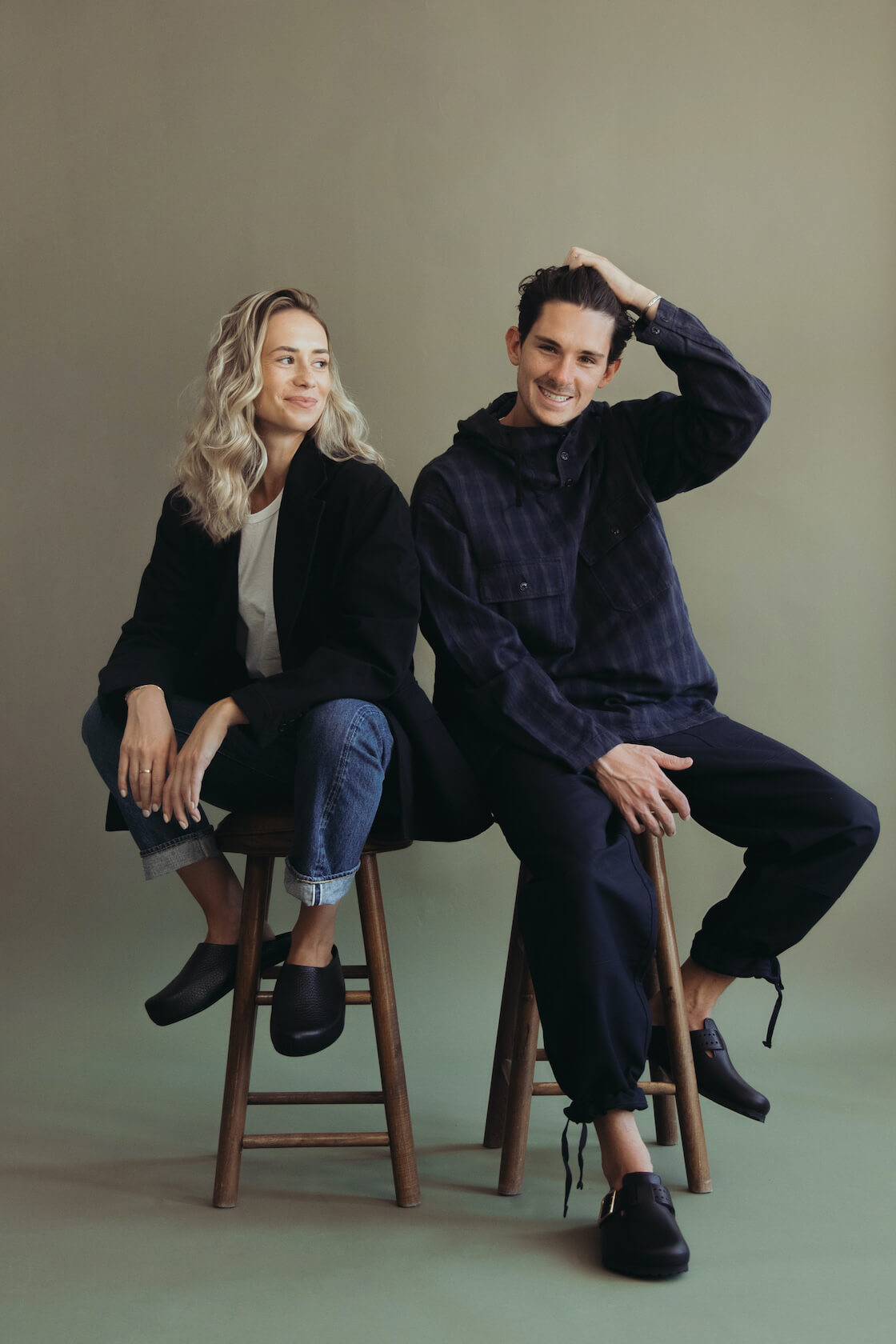 I let this frustrate me quite a bit, and dragged my feet accordingly. But then, one morning when I was putting on an EG parka I bought a couple seasons back, it hit me like an anvil in a Looney Tunes cartoon; the clothes speak for themselves. In fact, they have it in freaking writing inside every piece.

Those words are printed on a tag inside of every Engineered Garments….garment. I bought my first EG piece in June 2014; a chambray work shirt with crunchy fabric, mismatched pockets, high gussets, and thick stitching that mesmerized me as much as the price gave my broke ass immediate anxiety. It was my first real full price jawnz purchase, and I must have read that description tag a hundred times. The clunky, meandering, and dare I say romantic phrasing made me feel like my shirt was gesturing at something more than just clothing, while also being the coolest looking and most satisfying-to-wear garment in my closet. 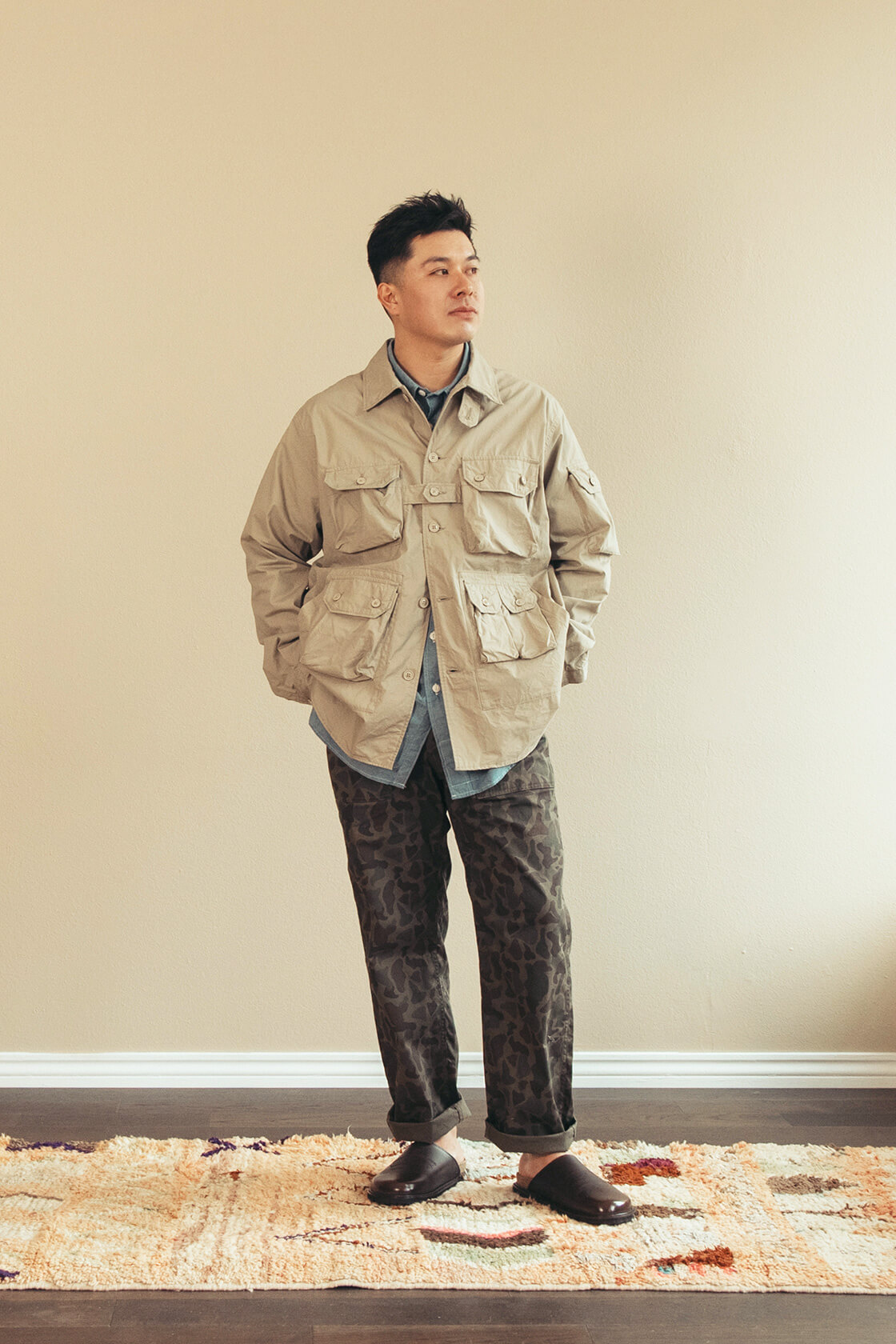 Everything EG makes is based on some facet of archetypal sportswear, be it workwear, military uniforms, outdoors gear, or Ivy style. So no matter how ‘out there’ the clothes may end up being, they’re rooted in something familiar and recognizable, some kind of known quantity. Take a look at any of the lookbooks that you can find right now and you can see work jackets, cargo pants, and unstructured suiting. None of which are new or novel at their core, but are all put together in a way that creates a distinct aesthetic universe, evident even at first glance. There are bright colors, unique patterns, and textures out the wazoo. There’s layers on layers of layering. And it’s all built around the classic western sportswear we’ve seen our whole lives. The god Ralph Lauren once said that he, “was very influenced by a world that had a sense of dream” and Engineered Garments has very much that same vibe.

They make straight up classics, like the aforementioned chambray work shirt or twill fatigue pants, with enough personality and attention to detail that, though they aren’t flashy in comparison to a lot of fashion pieces, still make you feel like you’re wearing something special. The fabrics have heft and texture to them, and the level of construction feels like what we all romanticize the heyday of American manufacturing to have felt like.

Some of Engineered Garments’ most classic pieces are the ones that take that one step further into the new without going all the way into left field, perhaps best exemplified by the Bedford jacket. It’s a combination of a casual sportcoat and a chore coat without falling into the “classics with a twist” zone that leads to dudes wearing blazers with zippers and epaulets. It has lapels and is generally cut like a sportcoat, and is always made in the same fabric as at least a couple pairs of pants each season so it can easily become a suit. But all of the details beyond that scream workwear: four patch pockets on the front, removable buttons with metal ringlets for easy attachment/detachment, and reinforced stitching on the shoulder yoke.

The EG garments that get the most love, attention, and memes among jawnz enthusiasts these days are their loose, excessively pocketed cargo pants; models like the FA pant, the Aircrew pant, and the Flight pant. The wider silhouette puts them firmly in the middle of the current Men’s Pants Zeitgeist as a starting point, and the extravagant pocketing takes them from looking like high school dweeb type cargo pants, past army-navy cosplay, and into “it’s called fashion, sweetie, look it up” territory. As the Nepenthes blog (which actually has some very cool deep dives) puts it, “These pockets are placed on the pants in an act of creative abstraction, turning the highly functional into an embellishment.” 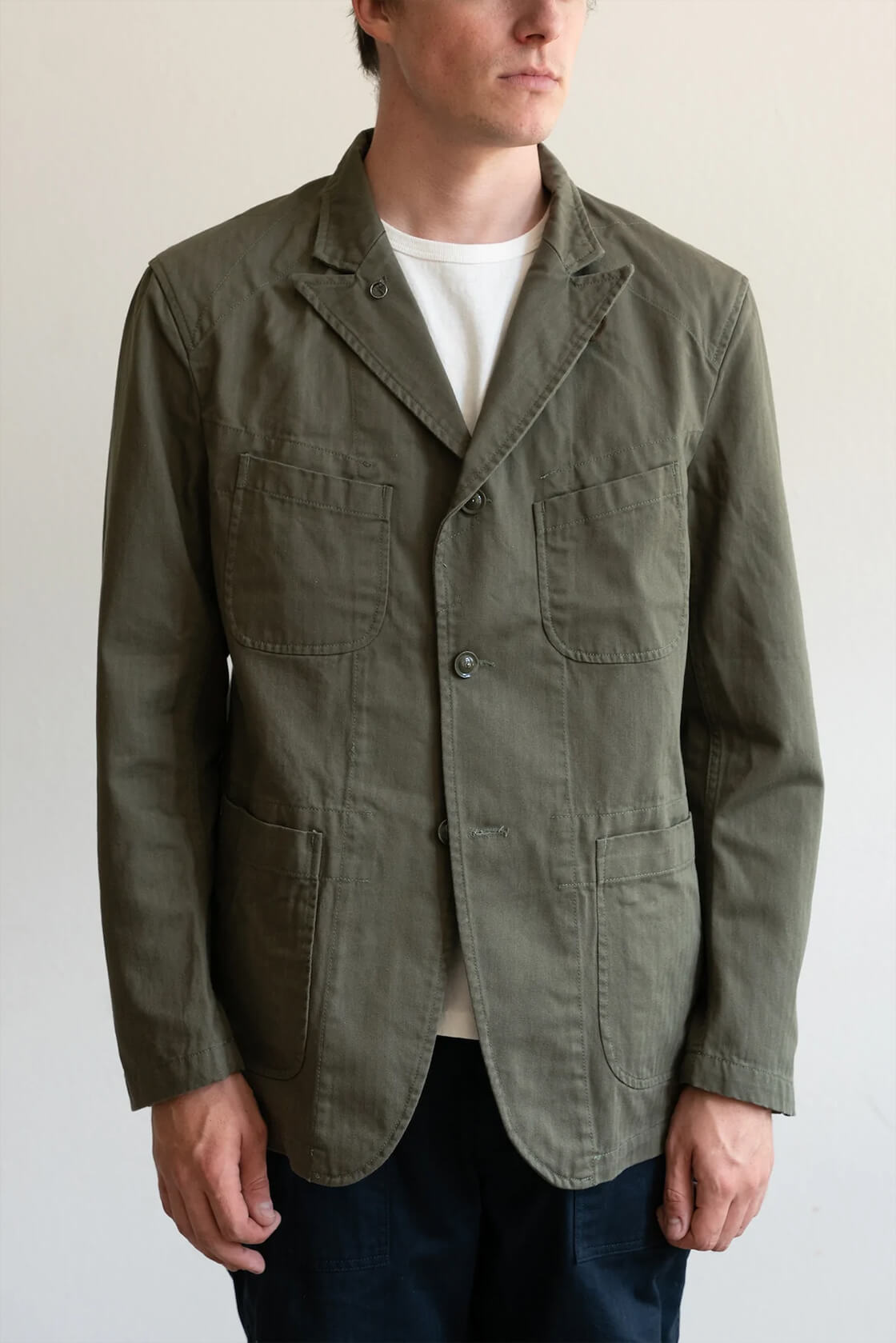 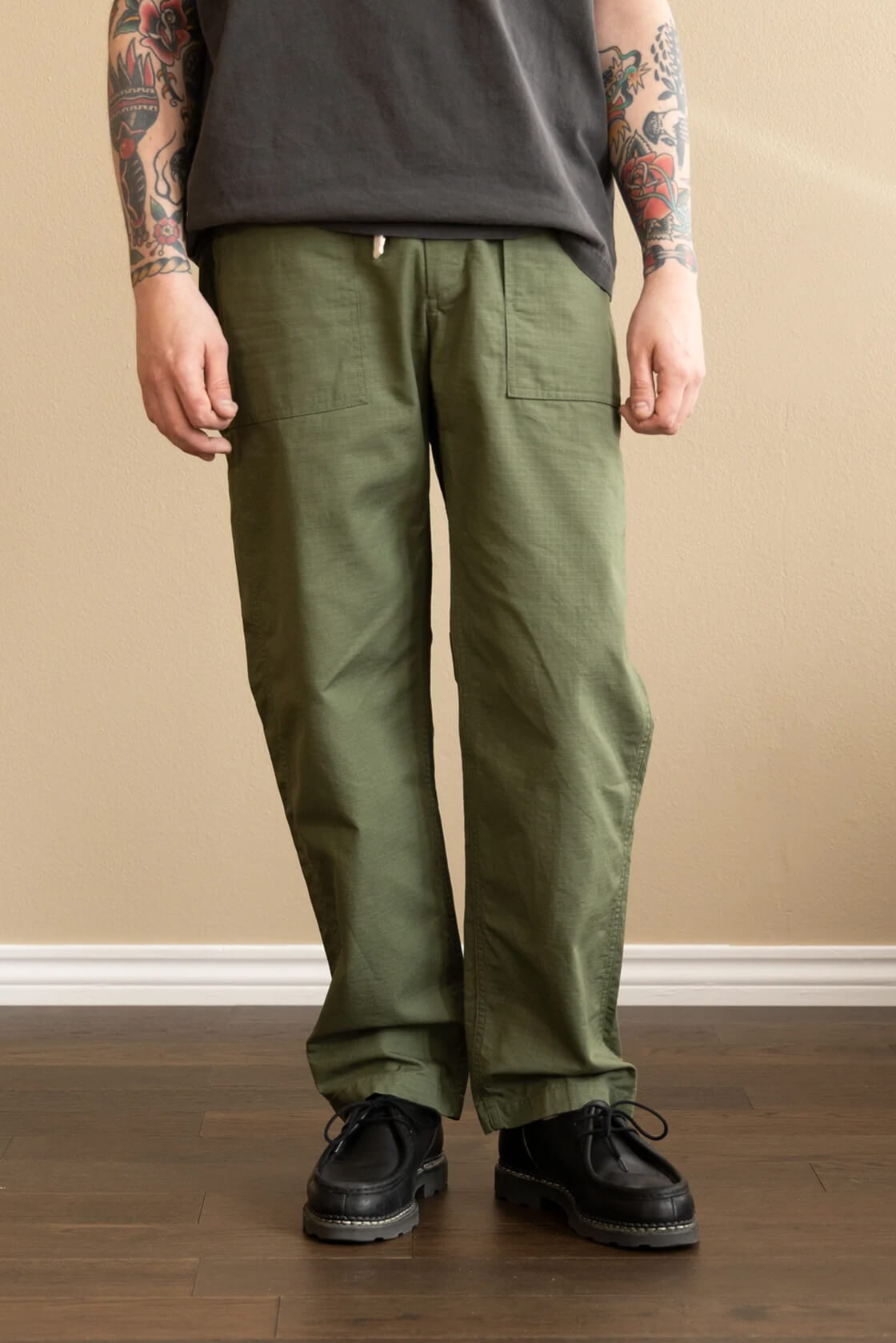 I could spend all day extolling the virtues of Daiki’s work and pieces (I didn’t even touch on outerwear, another EG hallmark), but like I said, the clothes speak for themselves. The best way to learn more about Engineered Garments is to dive in for yourself. Scroll through the lookbooks. Check out Canoe Club’s selection and styling. Bop into the store (or your local neighborhood EG dealer), touch it IRL, try it on.

EG’s official, and charmingly lo-fi, website says it best: “As a brand, our aim is to make garments that become more personal through the experiences you have with them….We venture into conflicting themes, straying from “perfect design”. We are not designed but engineered.”