History of the Iconic Aloha Shirt

As mentioned in the Suka Jacket feature, one of Japan’s major influences on western style clothing is the iconic aloha shirt. The multi-cultural Hawaiian vacation shirt is entering a second golden age thanks to Japanese brands like Kapital and Chimala continuing the printed shirts’ legacy as well as European high-fashion labels like Prada, Saint Laurent, and Louis Vuitton sporting their own interpretations.

Ever since British Captain James Cook landed in Hawaii in the mid 1700's (and was killed for stealing idols and attempting to kidnap a Hawaiian chief), Hawaii has been an intriguing paradise to the rest of the world.

Within the next several decades, western interests established plantations on the island to farm pineapples and sugar, but diseases, not experienced before on the isolated island, devastated the native population. As a result, mostly Filipino, Japanese, and Chinese laborers were conscripted to fill the workforce. Alongside these foreign populations, Christian missionaries and their families came to the island, establishing schools and a more conservative view on clothing from the weather appropriate loincloth and shortskirts worn by locals. 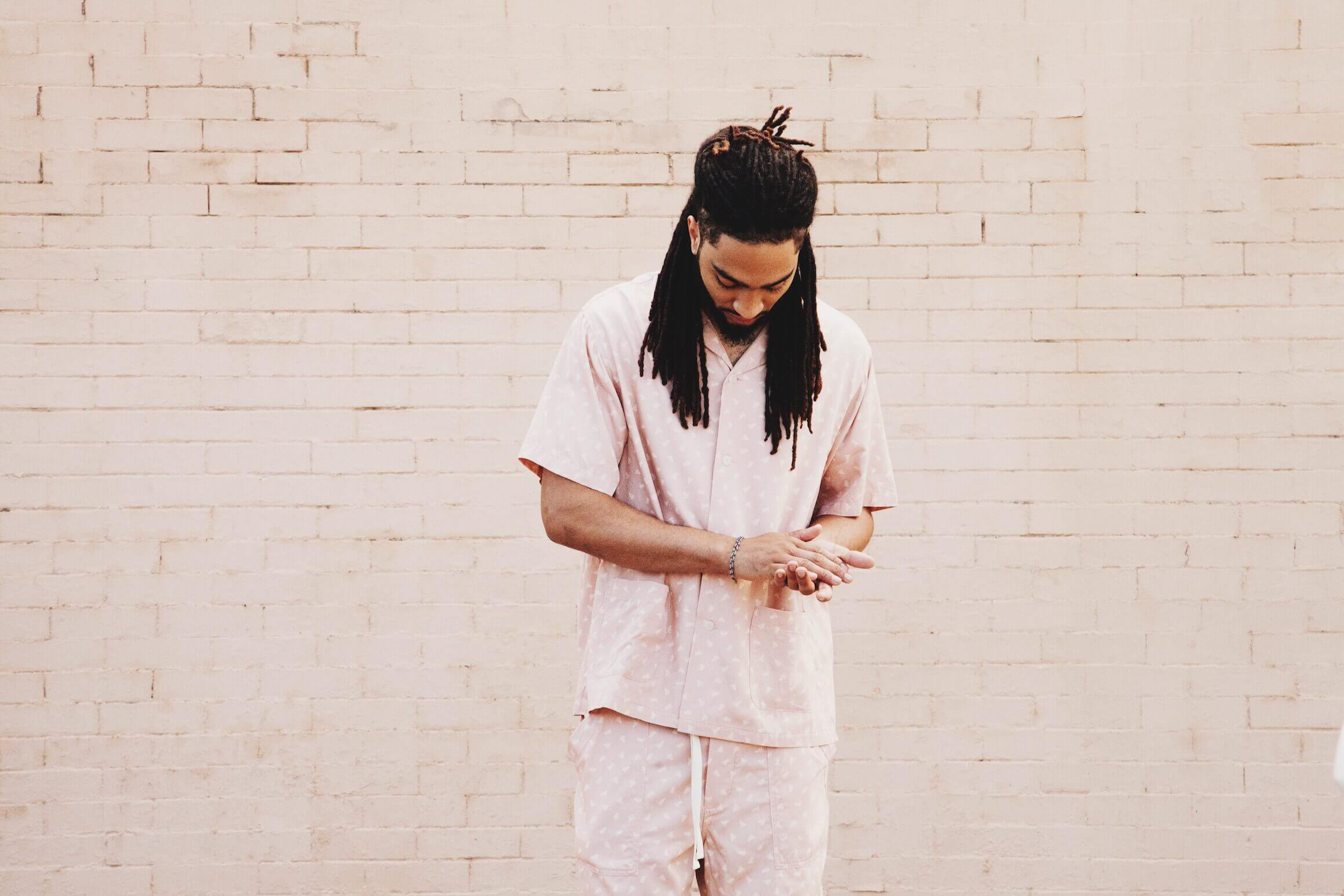 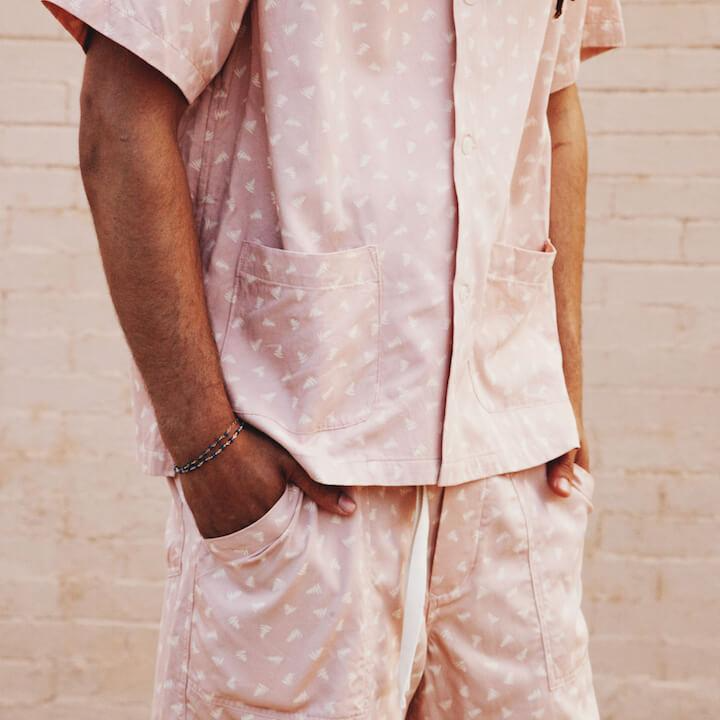 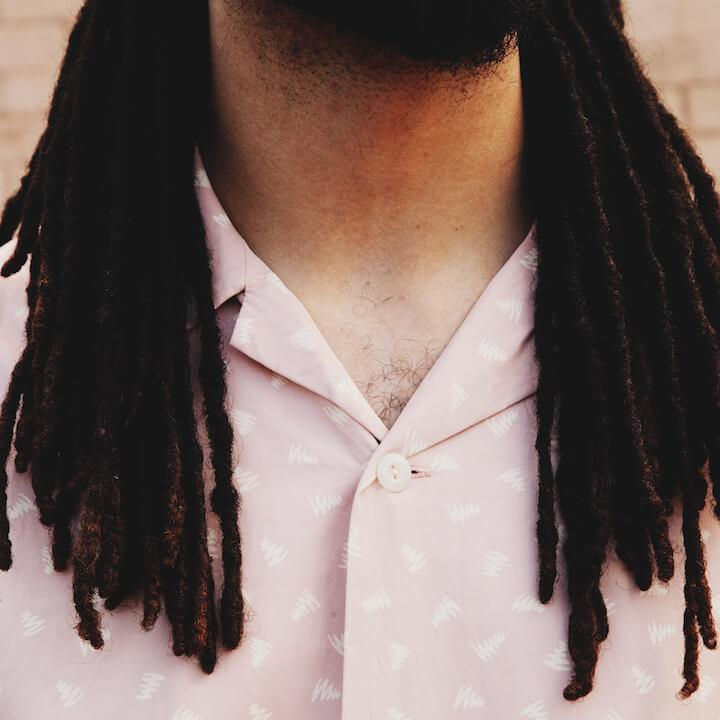 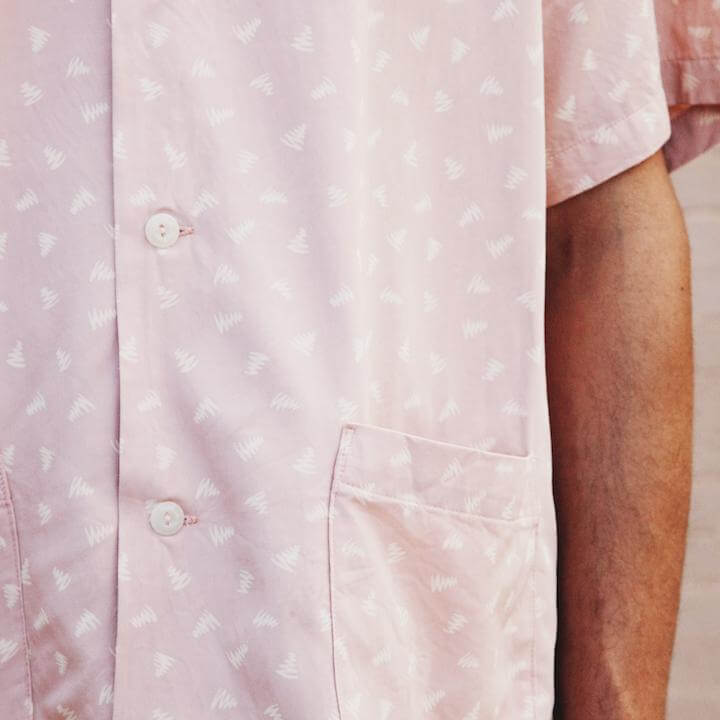 By the 1920’s, a westerner middle class developed who sent their children to private schools founded by missionaries a century earlier. Supposedly during this time, a group of young men went to a tailor to have matching shirts custom made from brightly printed Japanese crepe cloth intended for little girls’ kimonos and using the form of shirts favored by the plantation laborers.

Even the first iterations of the aloha shirt were a confluence of cultural influences, mixing a blend of western and traditional Filipino workwear shirting (non-tapered, loose fitting, and always worn untucked), Japanese textiles and printing, and Chinese tailors.

The 1920’s also saw the first wave of tourism with cruise ships docking at the tropical paradise and, with leis wreathed around their necks, went shopping for souvenirs. Early versions of the shirts, stamp printed pell-mell with tropical themes were a hit with tourists.

Side note: Until the 1950’s, Hawaii had no textile printing facilities. One of the earliest exporters of these printed cloths was the Port and Commerce Association (predecessor of Toyo Enterprises who honors their longstanding connection to Hawaii with a sugar cane fiber blended denim through the brand Sugar Cane as well as their brand Sun Surf that continues to make aloha shirts inspired by vintage examples). 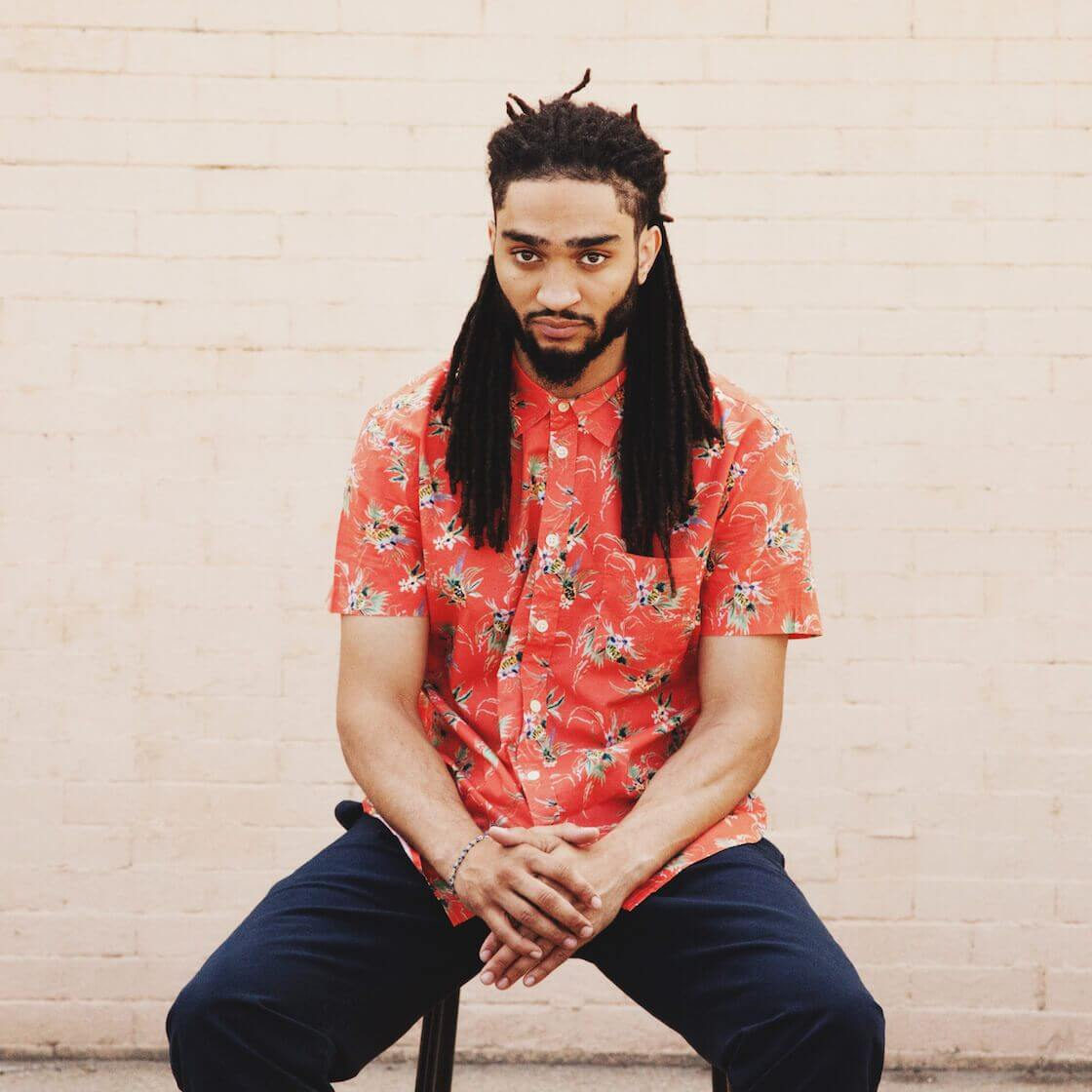 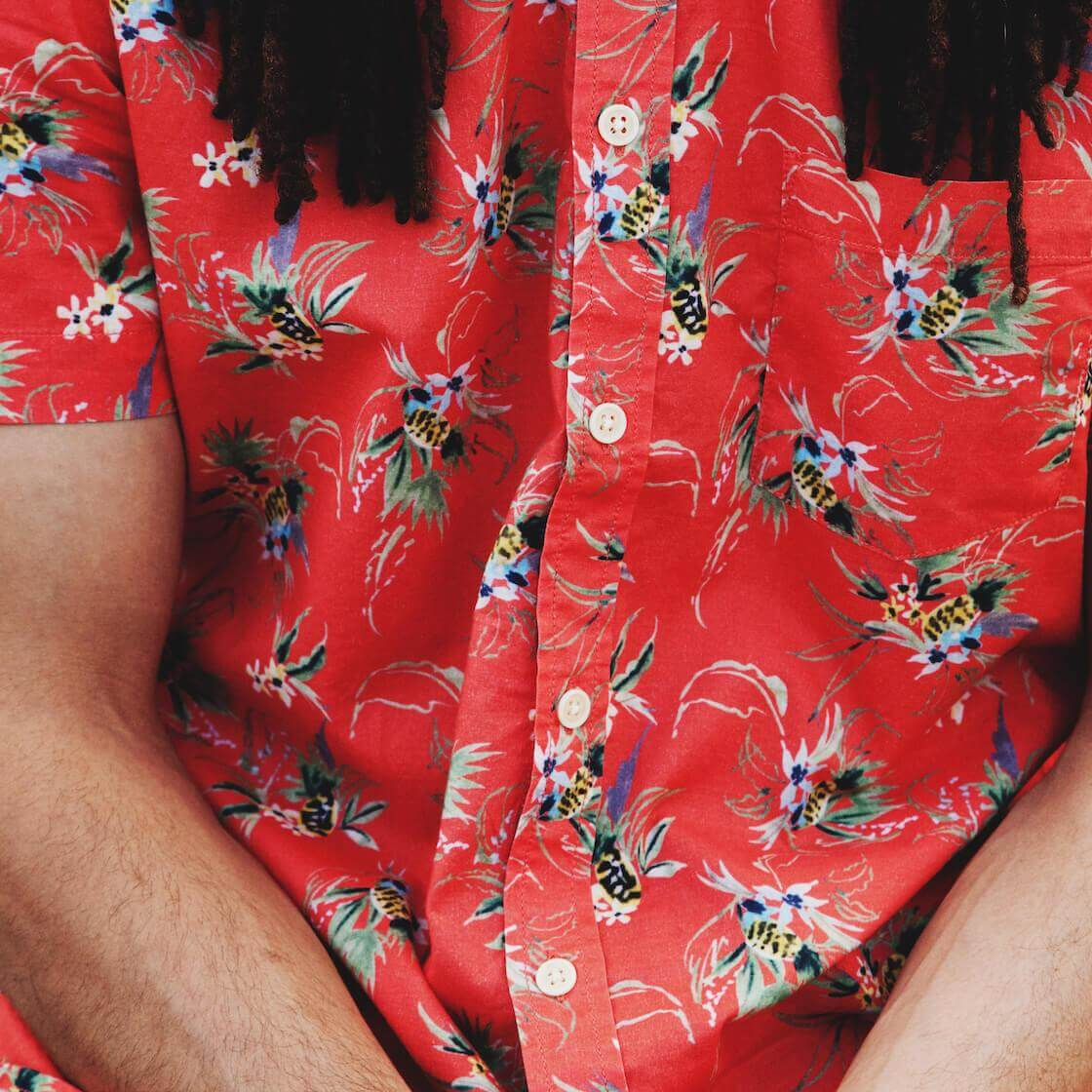 In the early 30’s, Ellery J Chun began producing ready-to-wear vacation shirts by the dozen for tourists. Then in 1935, Koichiro Miyamoto, a small tailor in Honolulu, ran the first ad that used the now common name: “Aloha shirts - well-tailored, beautiful designs and radiant colors,” cleverly using the exotic word “aloha” to market the shirts and tie them to the island. Liking the name, Ellery J Chun trademarked it and in that same year two major garment manufacturers, Kamehameha and Branfleet, set up factories to produce sportswear, including aloha shirts in Hawaii. They sold well to tourists and exports rose, but with the advent of WWII, textile imports and exports were cut off.

Not long thereafter, in 1948, former WWII fighter pilot Alfred Shaheen used his family's textile experience to turn the aloha shirt into a work of art, founding the first fully in-house - design to production - factory and series of stores to sell the island’s lifestyle aesthetic. And instead of block printing “hash” style on the fabric, Shaheen invested in artists developing intricate screen prints in meticulous patterns and with more than 1000 colors to play with. 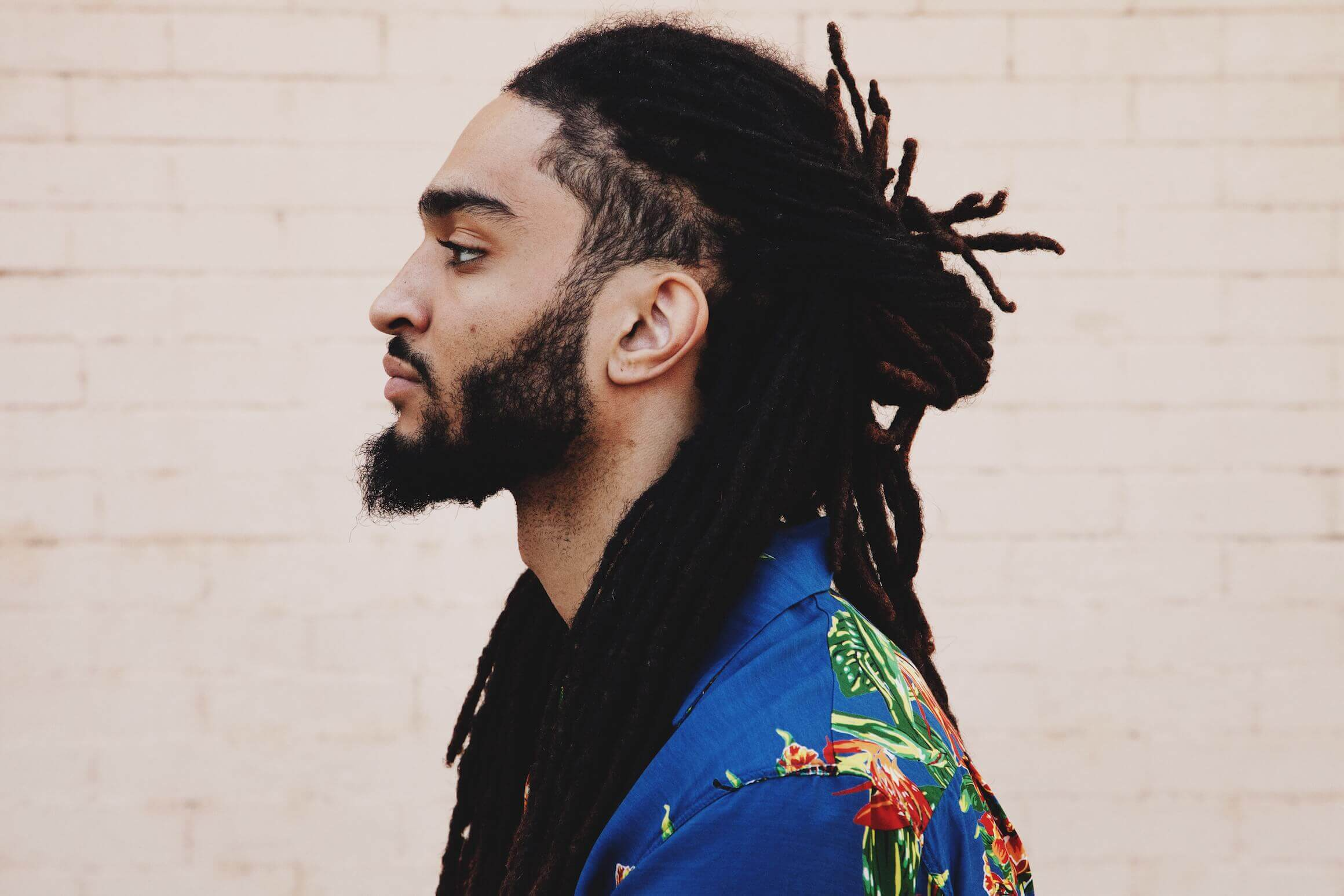 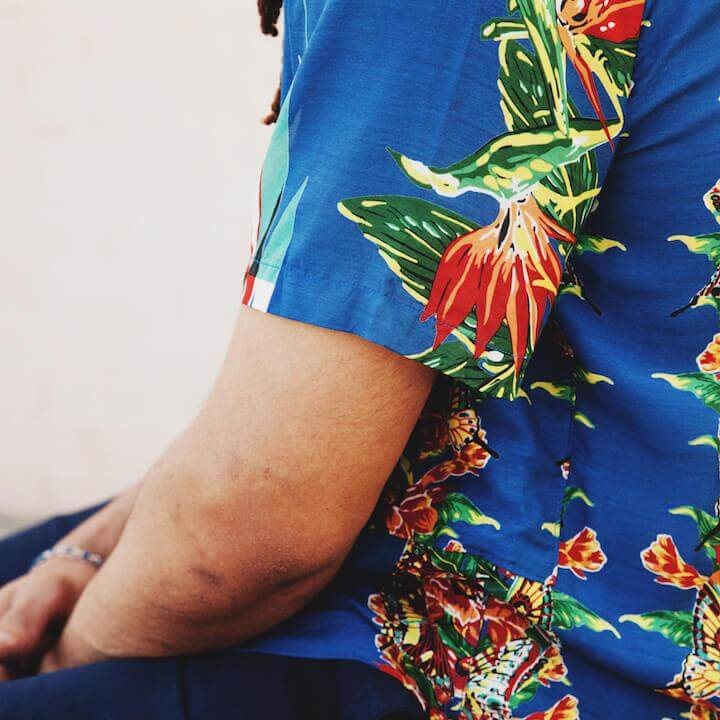 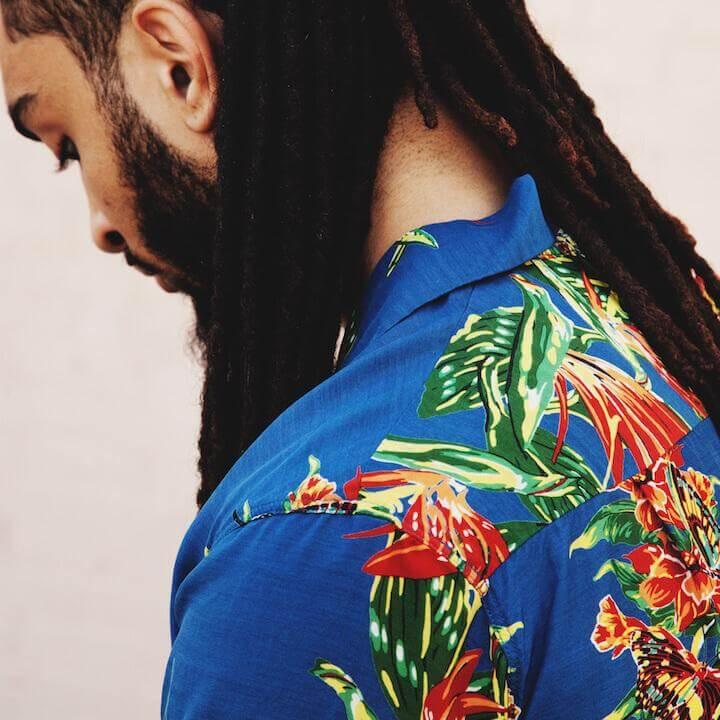 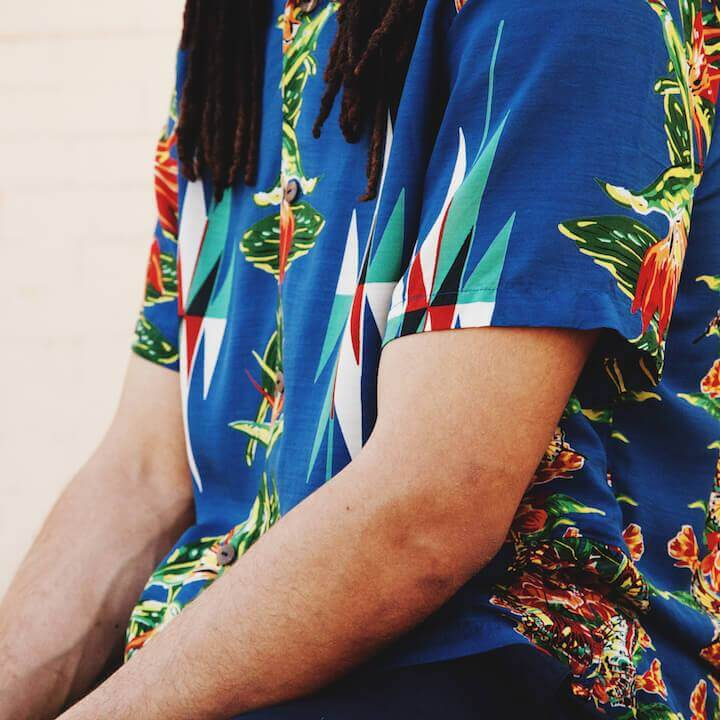 The first real golden age of aloha shirts began. Tourists and servicemen aside, A-list celebrities like Bing Crosby, Frank Sinatra, and Montgomery Cliff, as well as war veteran presidents Truman and Eisenhower were pictured in aloha shirts. Hawaii became a state in ‘59, further fueling the intrigue as well as air travel becoming faster and more affordable for middle class Americans. It also didn’t hurt that Elvis wore a Shaheen aloha shirt on the 1961 cover for Blue Hawaii.

In 1962, at the height of their artistry, a professional manufacturing association known as the Hawaiian Fashion Guild began promoting aloha shirts for use in the workplace. Despite the tropical climate and lack of A/C, office workers were required to dress in suit and tie. “Operation Liberation” began with the guild distributing two aloha shirts to every member of Hawaii’s House of Reps and Senate. Subsequently, a resolution was passed recommending aloha attire be worn throughout the summer for “the sake of comfort and in support of the 50th state’s garment industry.” Thus “Aloha Friday” was born. It proved so popular that by the 70’s it had gained acceptance in Hawaii as business attire all week long and spread to mainland USA as “Casual Friday.”

Unfortunately, due to the aloha shirt’s popularity, mass-manufacturing for US retail chains cheapened the aloha shirts by cutting corners on design and fabrication, making the iconic shirt kitsch at best.

But like all fashion icons with a long enough history, aloha shirts are being revisited by today’s top designers - beginning a second golden age not only for the shirts, but also for the open collared shirting and vivid floral patterning.