Clarks was founded almost 200 years ago in Street, England as a producer of sheepskin rugs. It was when Cyrus Clark brought his brother James in as an apprentice that the brand began its true cultural significance.

The Quaker ethics established in the first days of the company’s founding still hold true today. The brand has long epitomized all that is British and authentic, built for those fed up with consumerism and hunting for quality instead. When pushed by American and Italian interests to collaborate with style icons and market to the cultures that have counted their footsteps in them, Nathan Clark responded, “Branding is vulgar. The only one that needs to know … is the wearer.”

Instead, it was because of the popular representation within the visual and music industries - a consumer and grass-roots led endorsement - that Wallabees have become shoes that transcend - objects that connect people to culture. 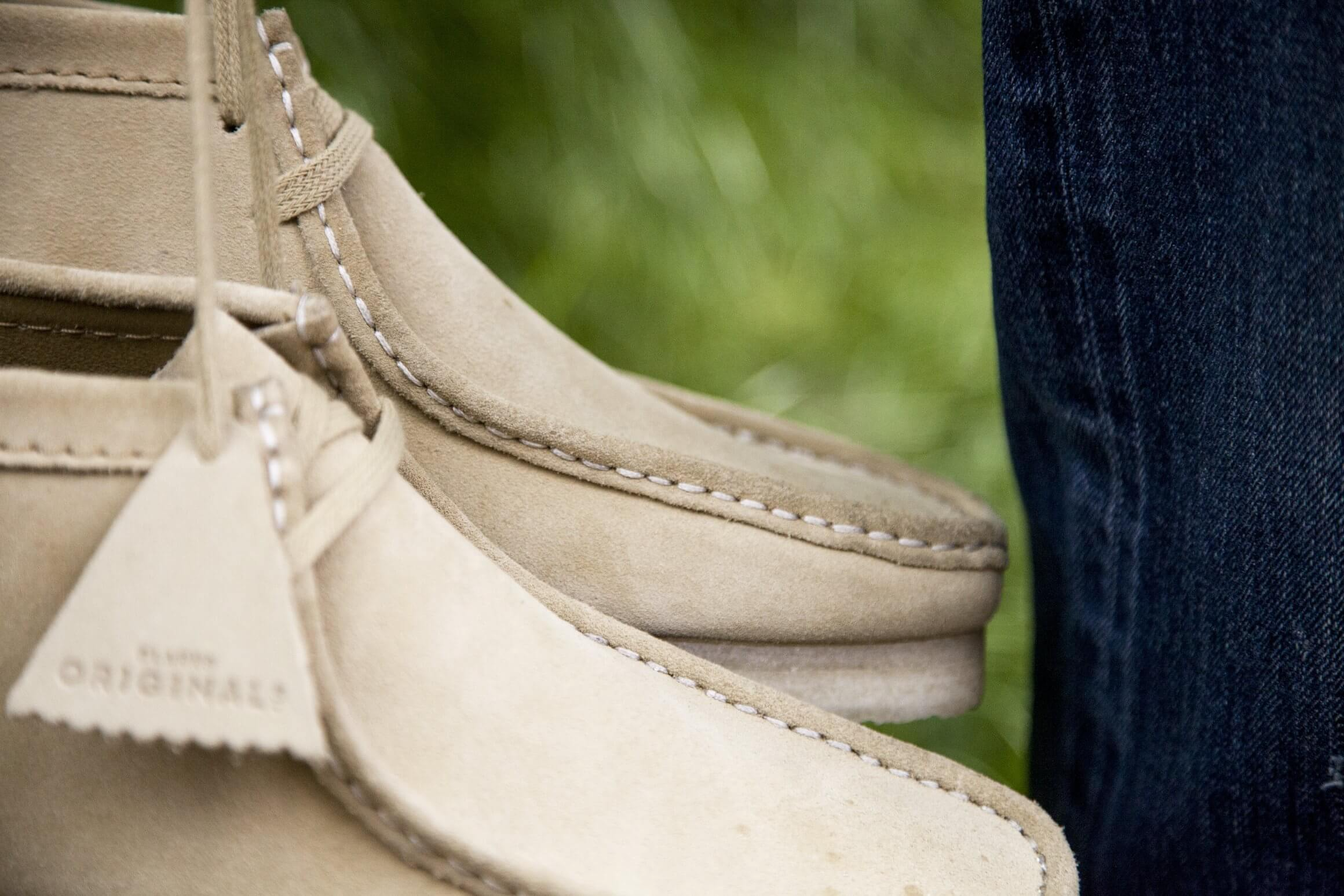 The simple design and materials offers universal savvy. The moccasin-inspired Wallabee, after a decade of perfecting the silhouette, was first put into production in 1961 at Clarks’ factory in County Kilkenny, Ireland. The strong, handsome shape on a natural latex crepe sole matched long-wearing endurance to smart style.

Clarks’ Wallabees weren’t immediately picked up on their native shores. The cultural significance of Wallabees was imported from far away. Across the pond in the Caribbean, Jamaica was fighting to win its independence. By 1962, they had won their freedom and a decade of economic growth ensued, but racial and class divides were only made worse. Mass unemployment and overcrowding especially affected West Kingston, resulting in gangs of disenchanted male youth, alienated and facing harsh economic realities. With little to do and a hustle for basic necessities, the boys became “rude”.

A difficult era of street violence and gang rule followed, but out of the basements and dancehalls of a struggling youth community, a vibrant subculture grooved to the sounds of 1st wave ska and reggae.

As is true with every musical revolution, a signature style symbolized the character of the sound. Jamaican rudeboys took pride in the rugged yet debonair Clarks’ Originals - expensive and stylish. Along with the Desert Boot and the Desert Trek, Clarks’ Wallabees became so synonymous with a certain gunslinger lifestyle that by the late 60s, Jamaican police enforcers, raiding the outdoor dances that were regularly held by Sir Coxsone Dodd’s legendary Reggae Sound System, separated the crowd into Clarks and non-Clarks groups, splitting the rudeboys from all the nice and decent folk.

Fueled by employment opportunities in the UK in the late 60s through the 70s, an emigration exodus by Jamaicans seeking refuge from rising levels of joblessness, street crime, and violence came to England. Settling into economically depressed areas in North and South London, the Jamaican and Rastafarian styles had a strong impact on the disaffected working-class white youth and subcultures, particularly the Mods who were drawn to the underground, non-commercialized rudeboy style and expression. 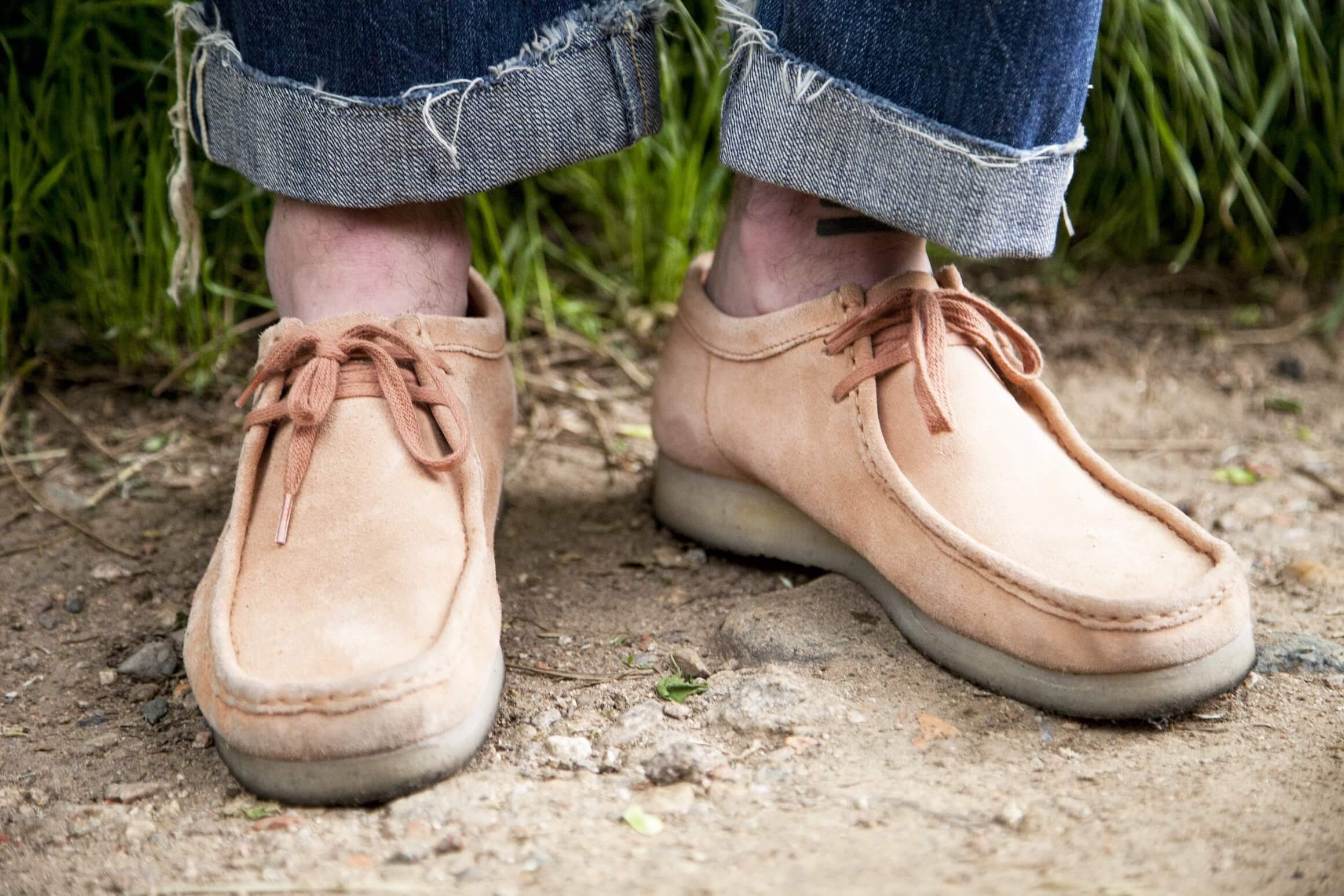 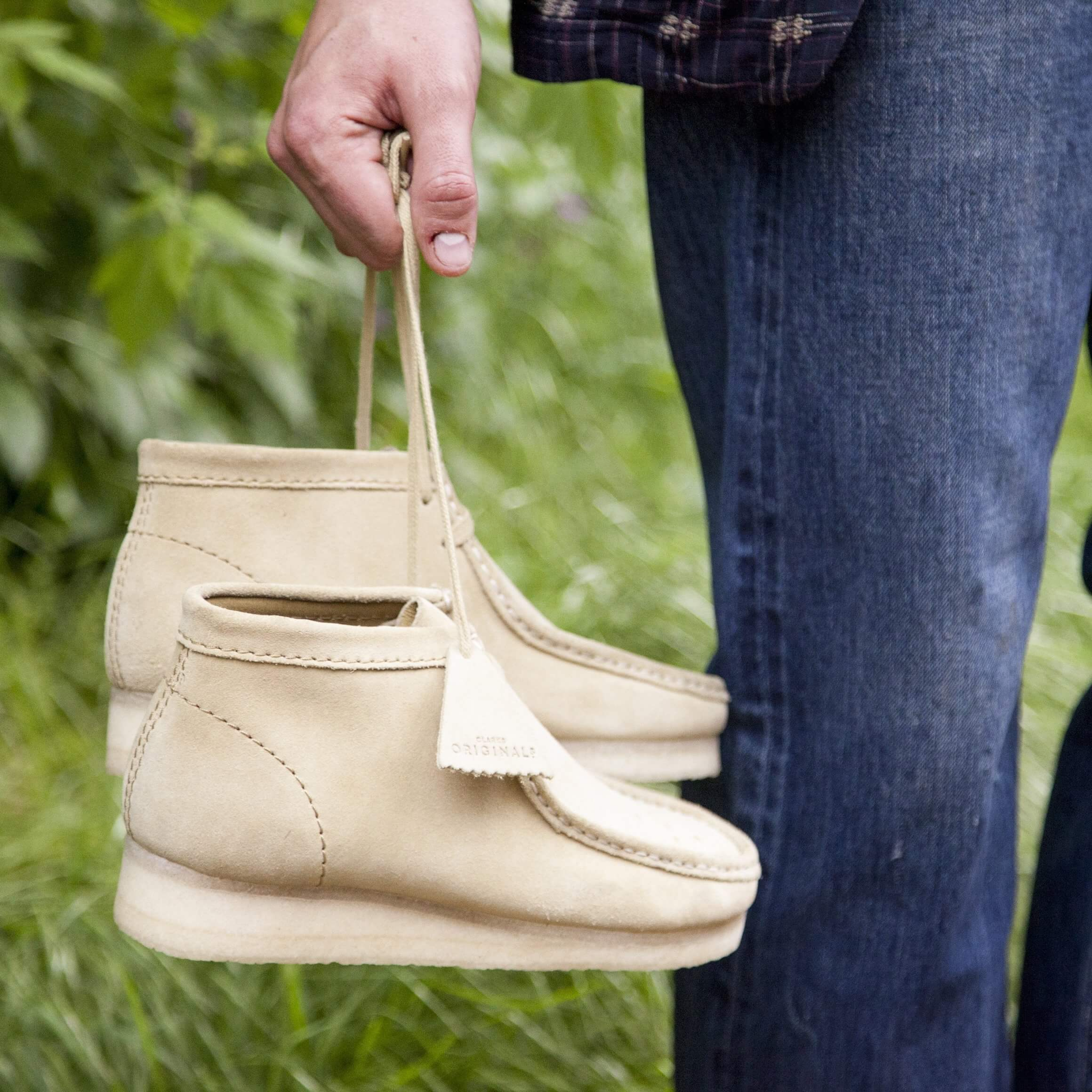 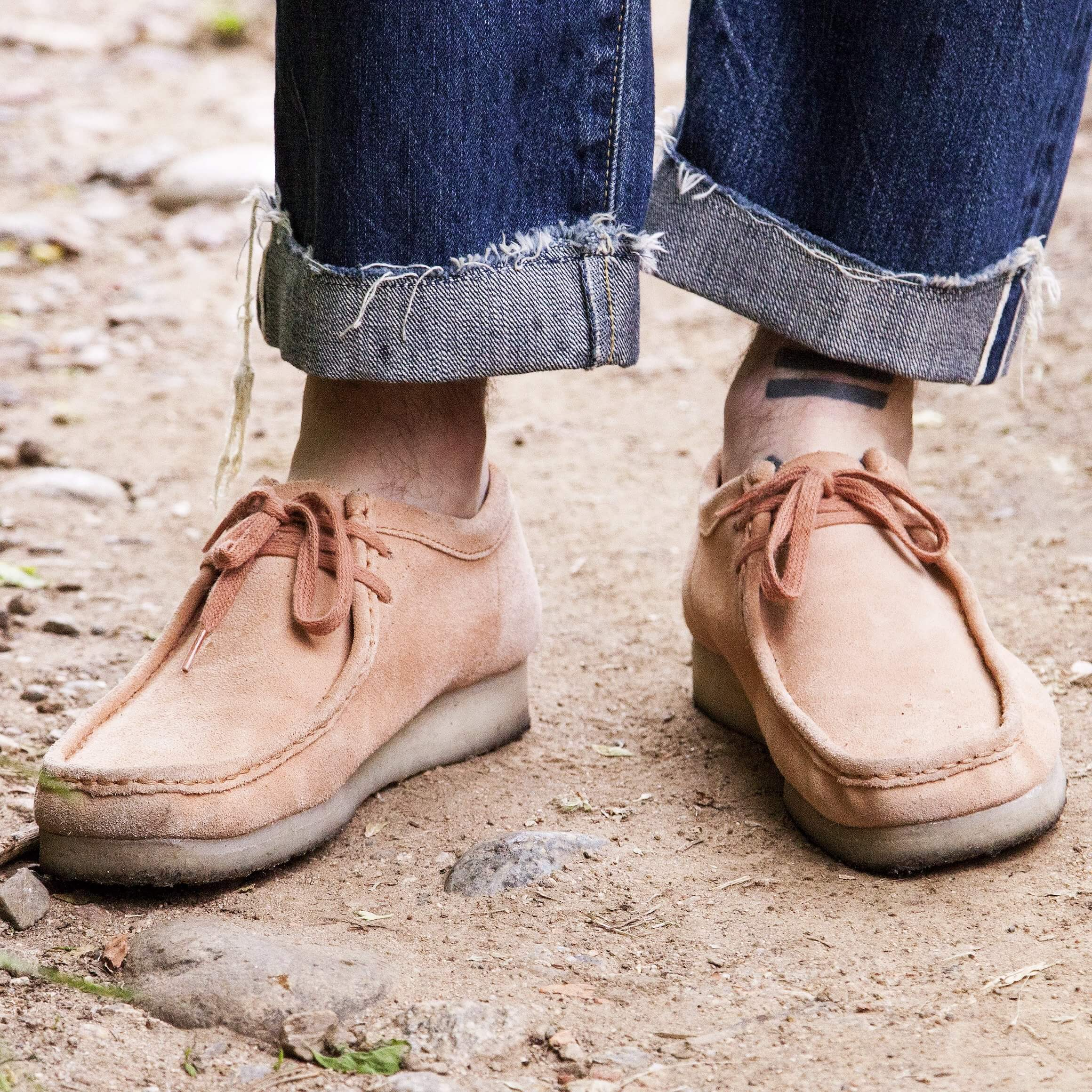 A similar Jamaican and West Indian exodus to New York’s Bronx and Brooklyn boroughs didn’t result in the same Clarks emulation until hip-hop pioneers Wu-Tang Clan, especially Ghostface Killah, championed the Wallys. Brooklyn Jamaicans made Wallabee’s silhouette a staple of the b-boy uniform and they’ve been part of East Coast hip-hop culture ever since.

Before Kanye had his own line of Yeezy sneakers, he was sporting Wallys. Besides casually wearing batting gloves on stage, Drake’s Wallys are a reliable part of his cool. You can even go see Slick Rick’s Wallabees at the National Museum of African American History and Culture in DC.

Back in England as a new mod-like pop scene hit British shores again in the 90s, bands like Blur, Massive Attack, and Oasis rediscovered both the style of their rock n roll influences and pride of native creation in Clarks’ Wallabees. Photographed with all their heads turned away, the most prominent thing on the Verve’s Urban Hymnsalbum, is a pair of the maple colored shoes.

Wallabees have been an endlessly powerful, reinventable signafier of dashing badassery - or as the “Wally Champ” Ghostface Killah said about his collection of personally hand-dyed Wallabee colorways, “you can’t f**k with me when it comes to style.”

So, watch Walter White walk through every season of Breaking Bad in Wallabees. Listen to reggae, or put on a The Who record or an Oasis CD. Watch Method Man hold up a Wally in the video for Wu-Tang Clan’s “Gravel Pit” video (pull up the clean version if you’re at work or have little ones within ear shot). Or, pick up your own pair to rock tough and dapper.

Wallabees are way more than just shoes; they’re social connectors that have created a voice that echoes, objects with meaning and identity.