Hender Scheme’s line of Manual Industrial Products challenges the concepts of production and consumption. Redefining modern aesthetics with traditional leathercraft, Hender Scheme shatters paradigms with a new vision for both.

FROM TRADITIONAL CRAFT TO MODERN MANUFACTURING

Leather footwear is nearly as old as civilization itself, while sneakers are a recent invention at just over 100 years old, but represent the most dramatic shift in footwear design and specialized purpose in all of that history.

The industrial revolution provided the means, but it wasn’t until around the 20s that the first industrial type sneakers were produced by the likes of Keds and Chuck Taylors. It was also the beginning of sport celebrity and the slowly emerging middle class with time for play. Still, it wasn’t until the 60s that sneakers truly emerge as the icons of modern design thanks to pioneers like the Dassler brothers (adidas and Puma), Onitsuka Tiger and Nike.

While leather footwear and traditional cobblers are still a substantial industry, the design possibilities with new material technologies provided a way to mass manufacture an inexpensive product for everyone in the family. However, outside of sports and children’s shoes, sneakers didn’t become the all-day, everyday go-to until the 90s.

From the jogging revolution of the 70s to hip hop, the rise of skate culture in Vans to Notorious B.I.G.’s endorsement of Timberlands, the design of these icons has always been a modern art - promoted in part by the availability offered through industrial production. Besides maybe Dr. Martens, it was the first period where shoes meant something beyond class and linked people to common interests and cultural movements.

For many of us in the past couple generations, we can’t remember a time that sneakers weren’t socially acceptable at any but the most formal affairs, and sometimes even then. 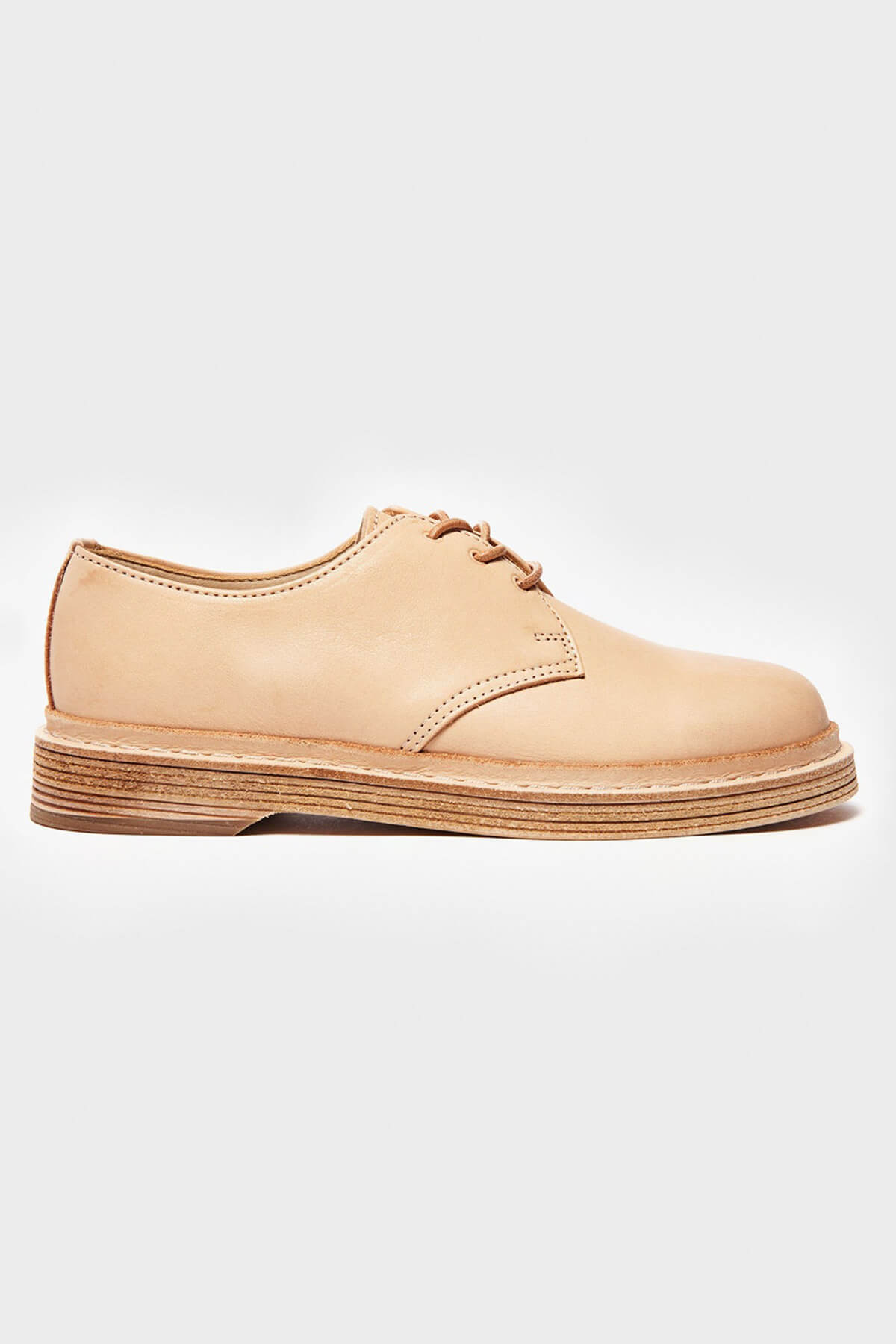 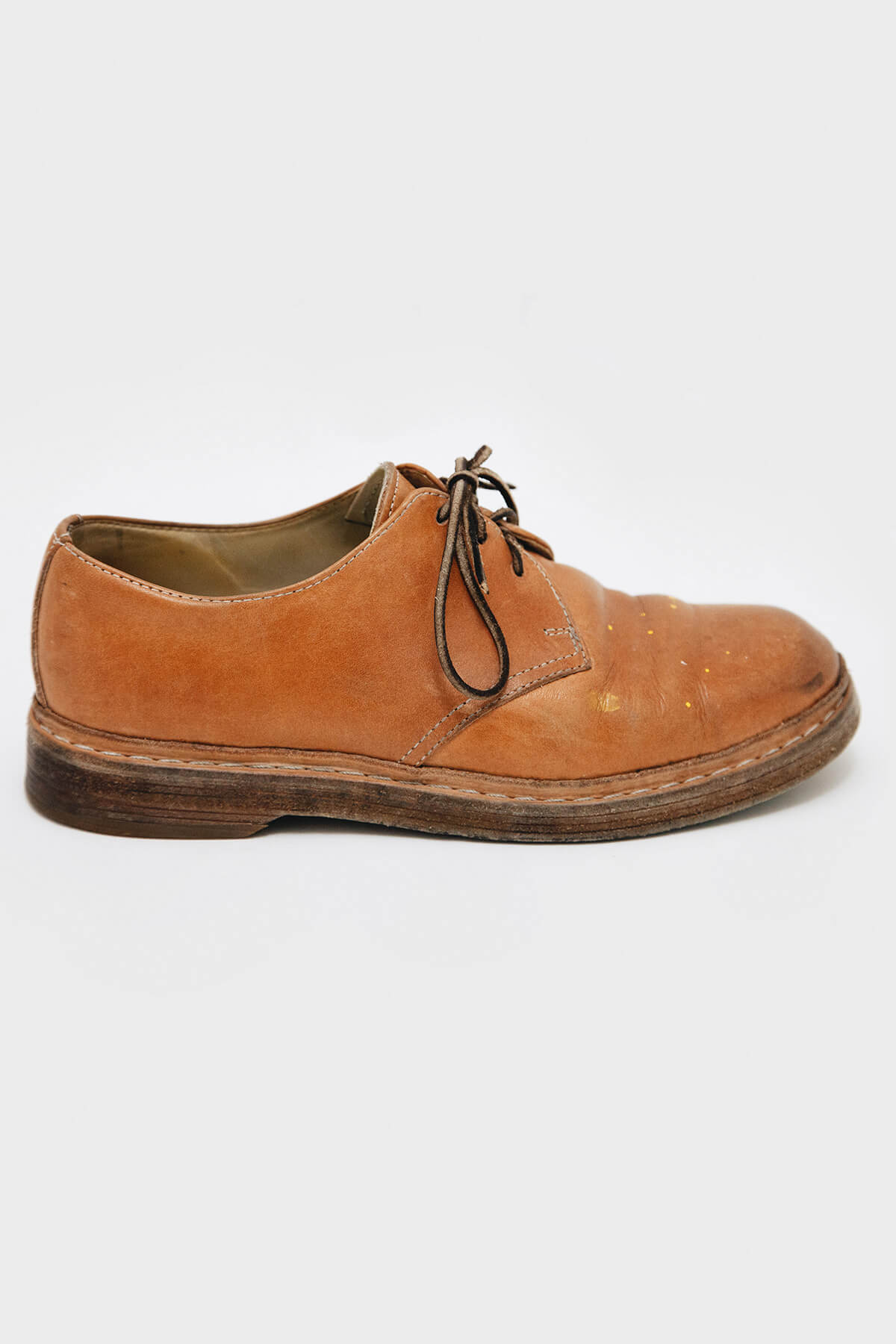 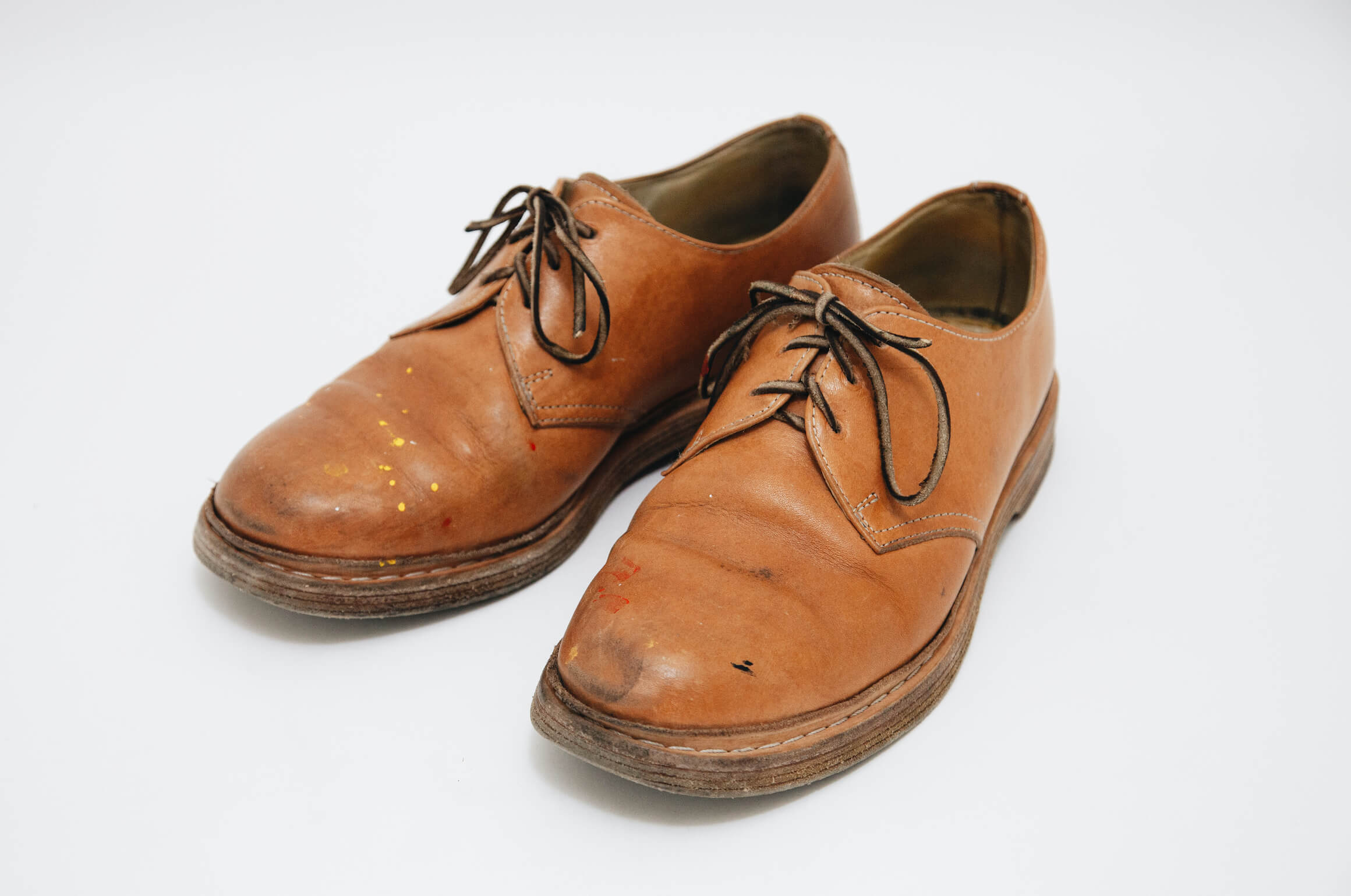 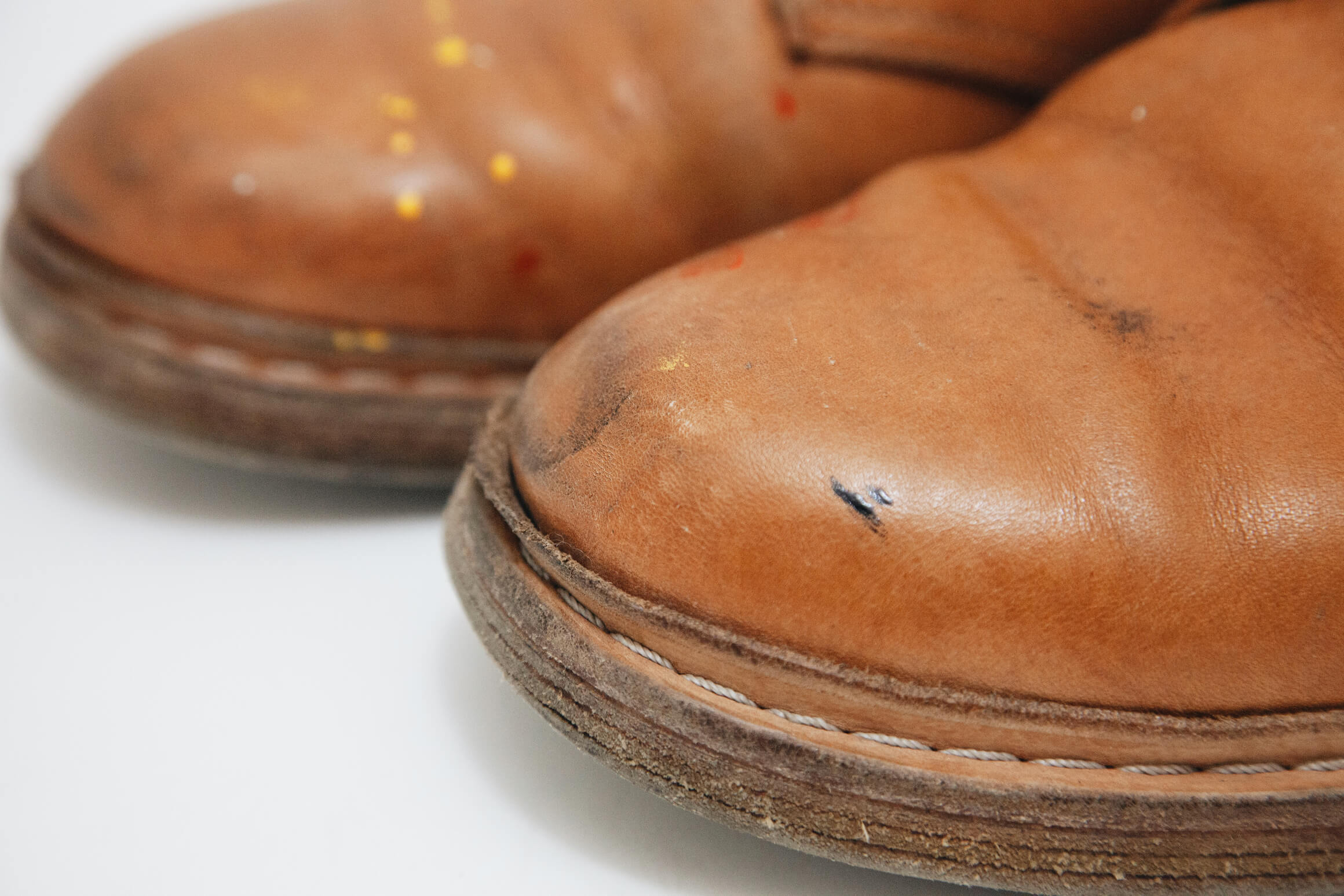 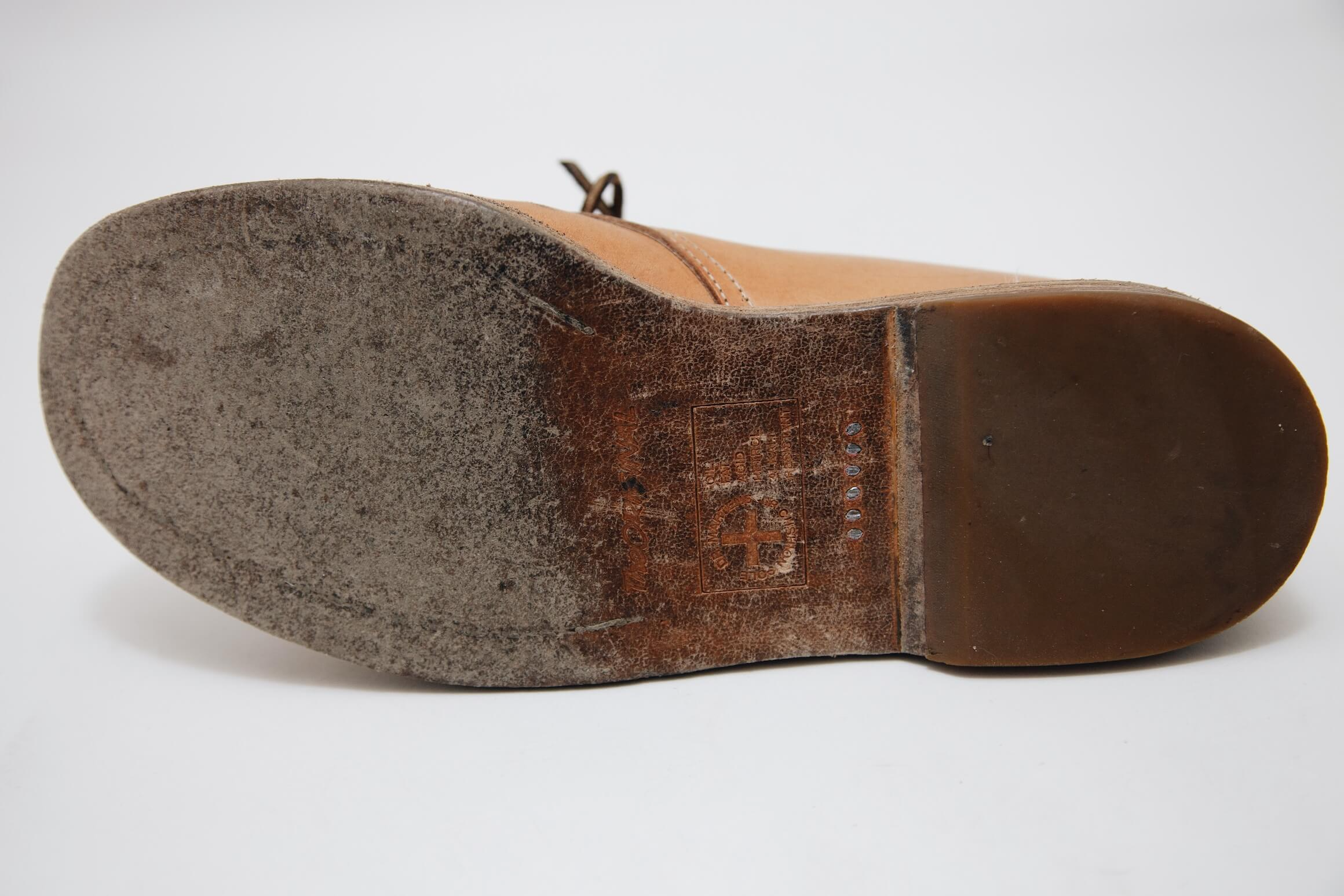 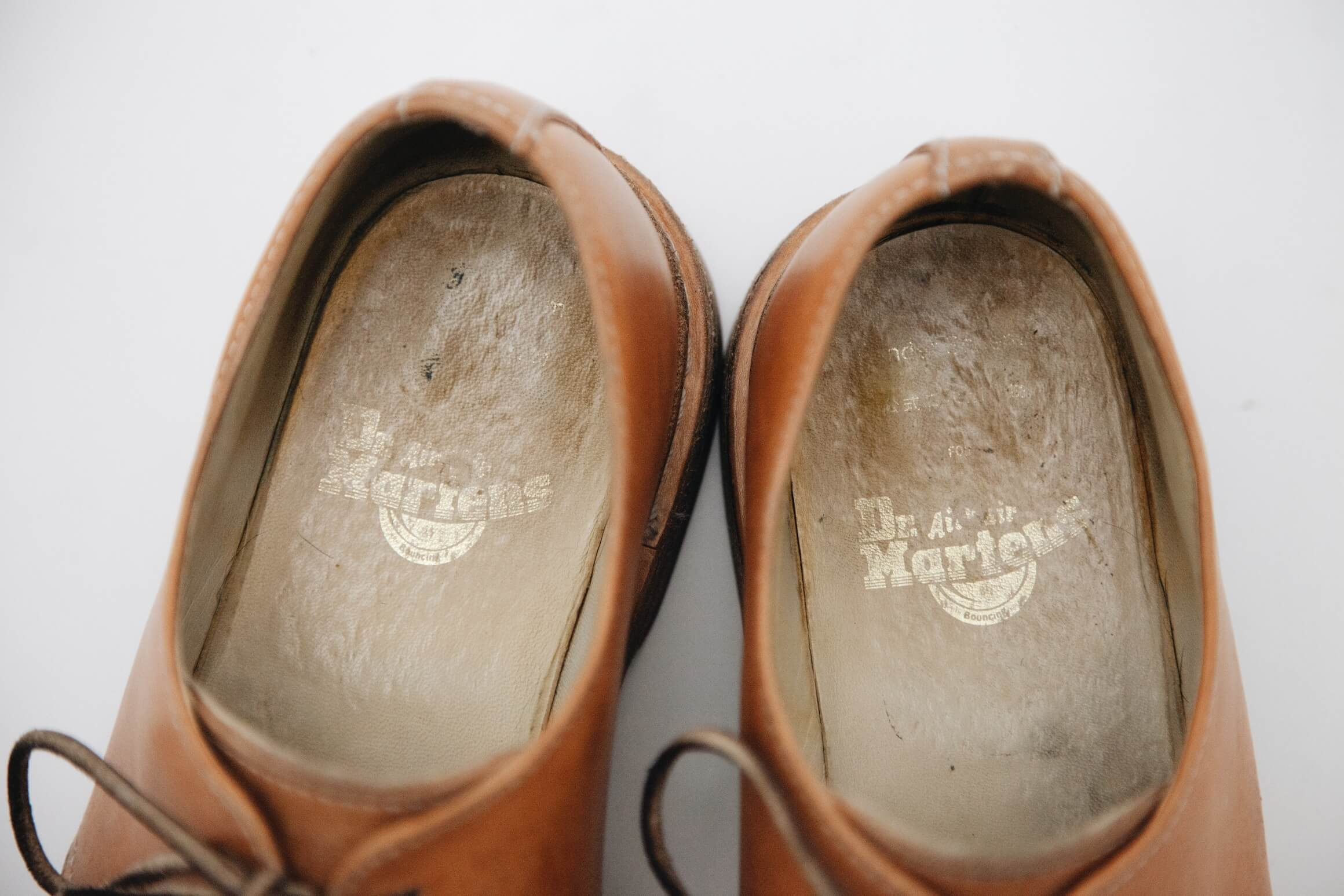 Hender Scheme's MIP-21 x Dr. Martens new and after a year and half of dedicated wear.

Designer Ryo Kashiwazaki works in balance with both worlds. After finishing his apprenticeship as a traditional cobbler, he started Hender Scheme in 2010. With leathercraft and shoemaking as a foundation, Ryo Kashiwazaki immediately began rethinking our relationship with footwear.

On one end of the spectrum is formal footwear with distinct gendered aesthetics that are often still handcrafted. On the other is the casual, but extremely technical, sneakers of industrial design that are churned out for everyone by machines and assembly lines.

With an appreciation for both, Ryo Kashiwazaki set out to build a modern shoe in a traditional way and the MIP (Manual Industrial Products) line was born. 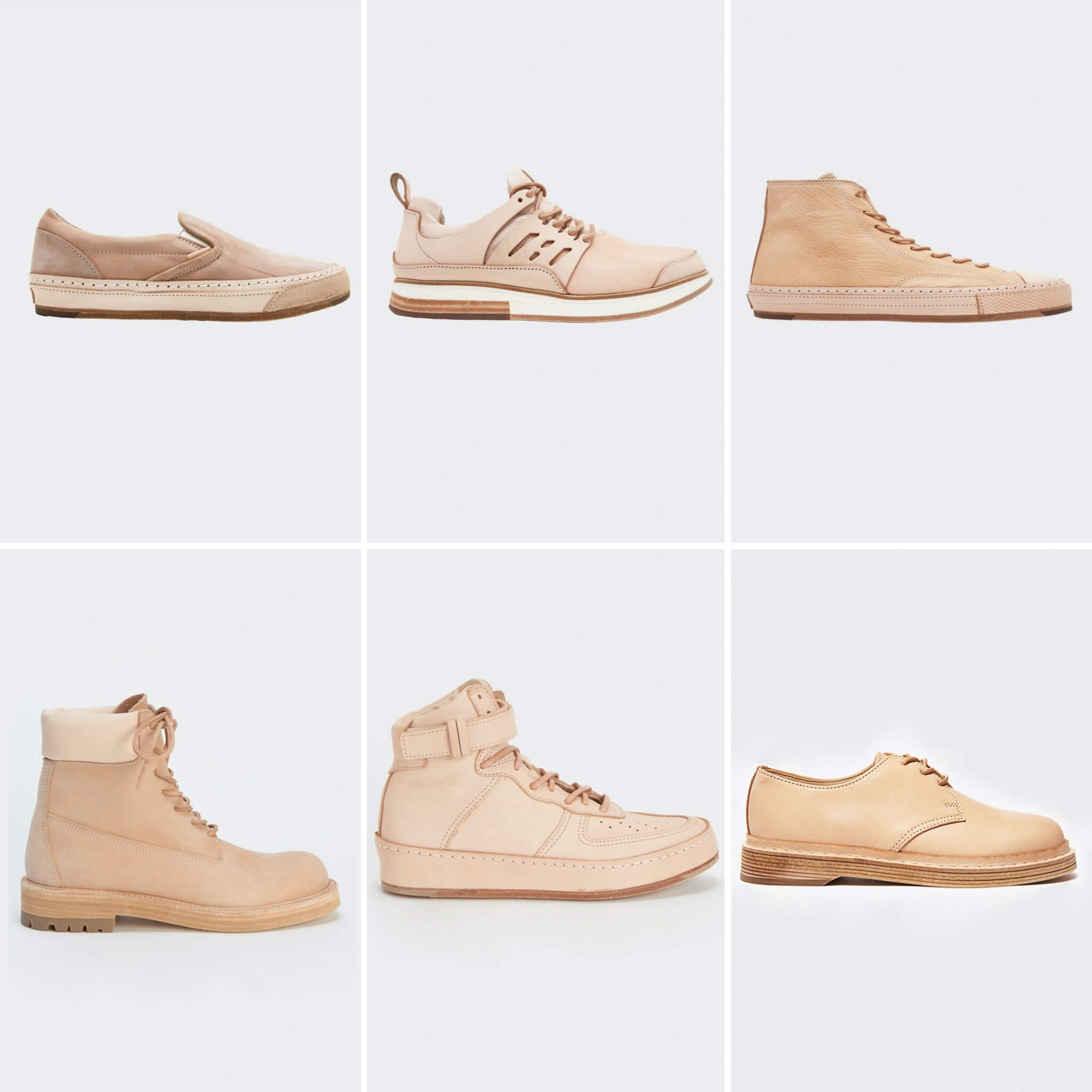 This proved to be a difficult and slow process. Creating shoes that are normally built with programmable machines and use various tech fabrics, foams, rubbers and adhesives seemed impossible to Hender Scheme’s artisans. And even when accomplished, the perfecting standards meant that each pair took months in the making.

But that was the point. Taking contemporary designs originally manufactured using synthetic materials and industrial means of production, then recreating them with leather and traditional hand-stitch techniques obscures the lines of classic footwear genres and is a playful comment on the contrast between mass-scale and artisanal production, compelling us to examine and reflect on the often overlooked processes of modern aesthetics.

“The pieces themselves are meditations on the form of the ‘industrial product,’ and strip away all color and excess ornamentation to leave only the purest line and form.” 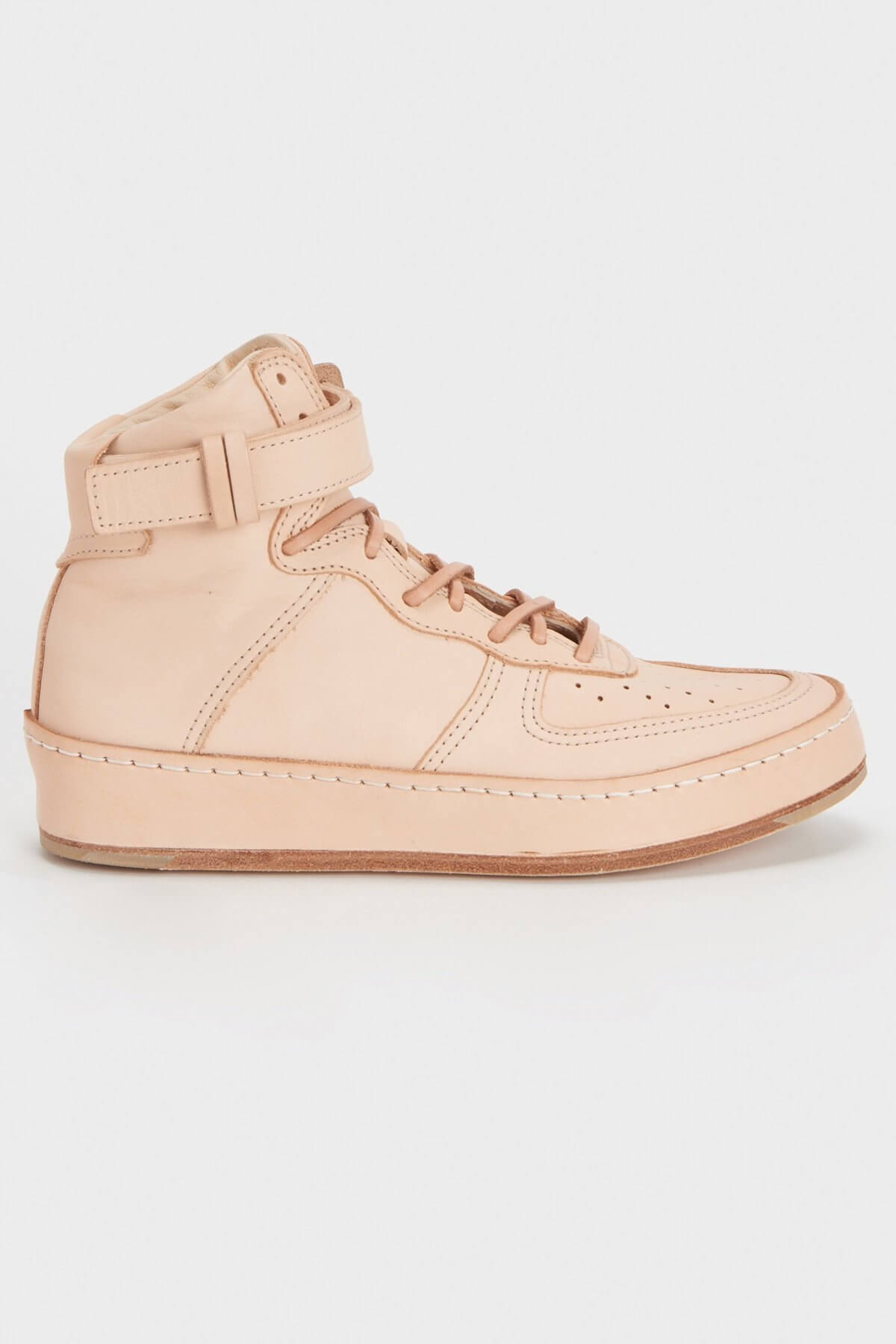 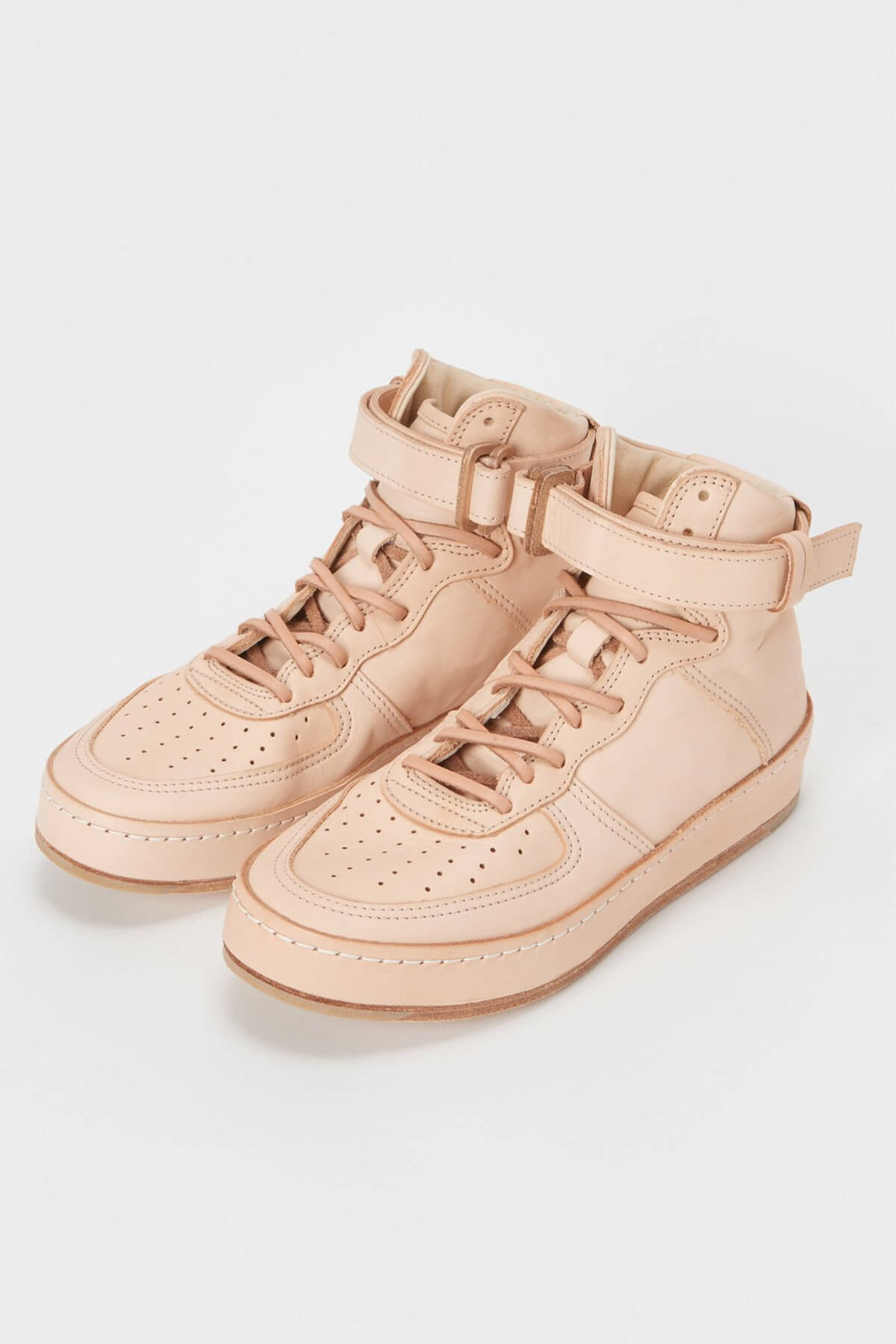 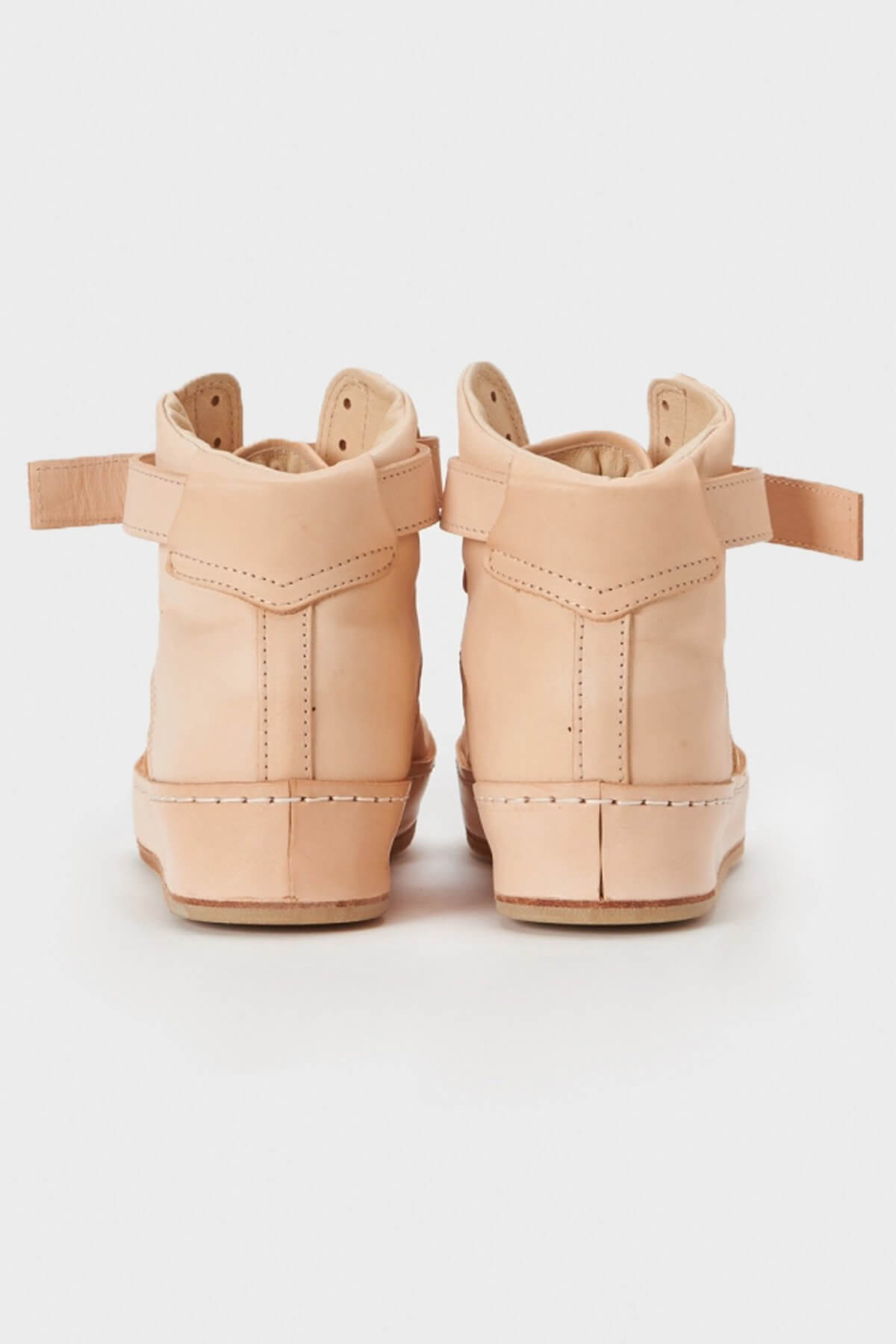 The first ones, the MIP-01, was modeled after Nike’s Air Force 1s, a sneaker with such cultural power that celebrity and designer collaborations have made countless iterations since they were first introduced in the early 80s, but Hender Scheme’s version is a completely different thing altogether. Unlike the others, they don’t lose any value when driven off the lot. The reason for keeping to vegetable-tanned leather is that a pair can only reach perfection when people use them and make them a unique art form through life as it moves.

With the concept proving successful, Hender Scheme has added a new design to the homage collection every season since. It’s grown to include many of our favorite hall of fame sneaker icons and then some.

“To be honest, I was really surprised with the positive reaction and attention the products received. However, we will continue to produce the products at our own pace and philosophy, regardless of what the reactions may have been.” 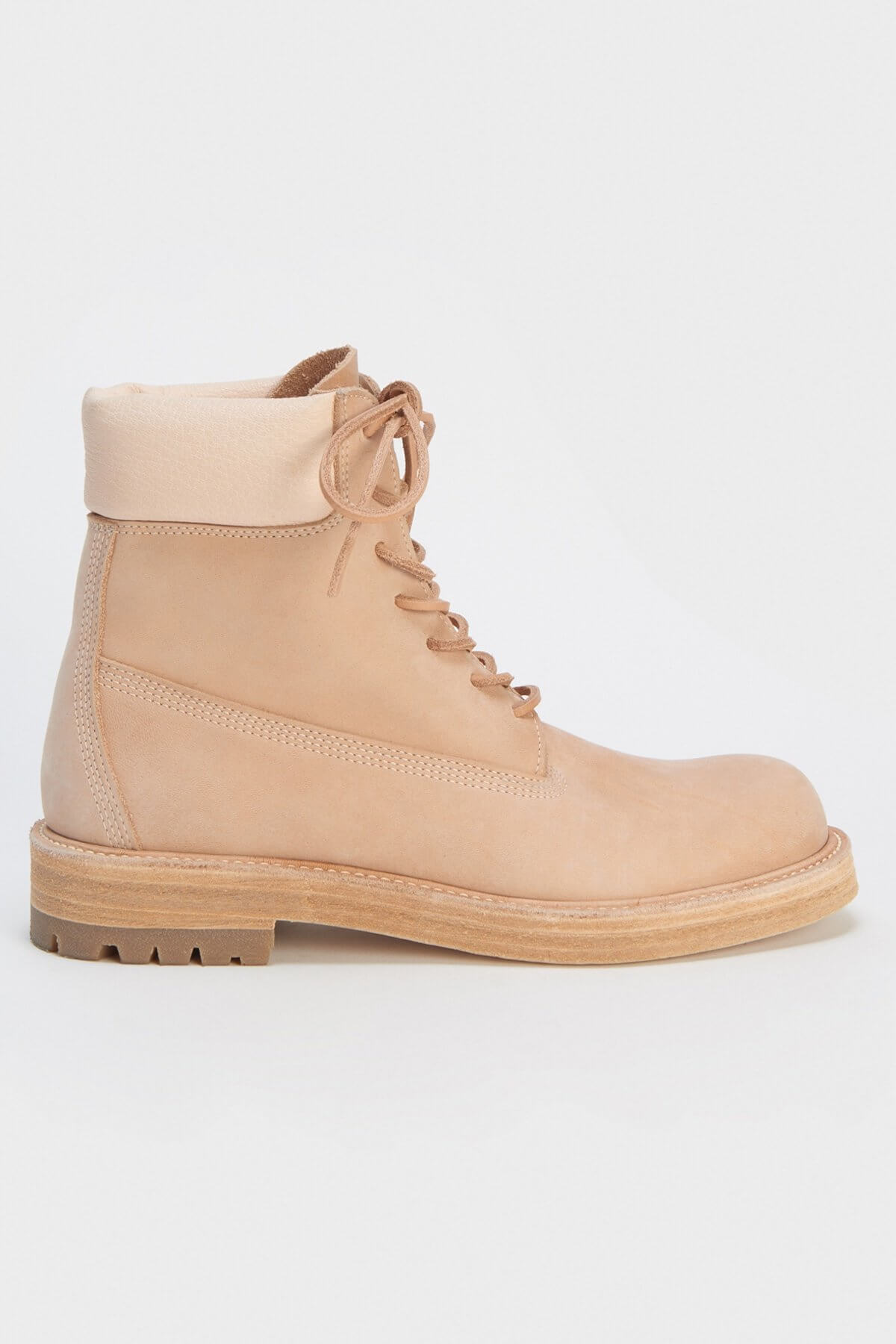 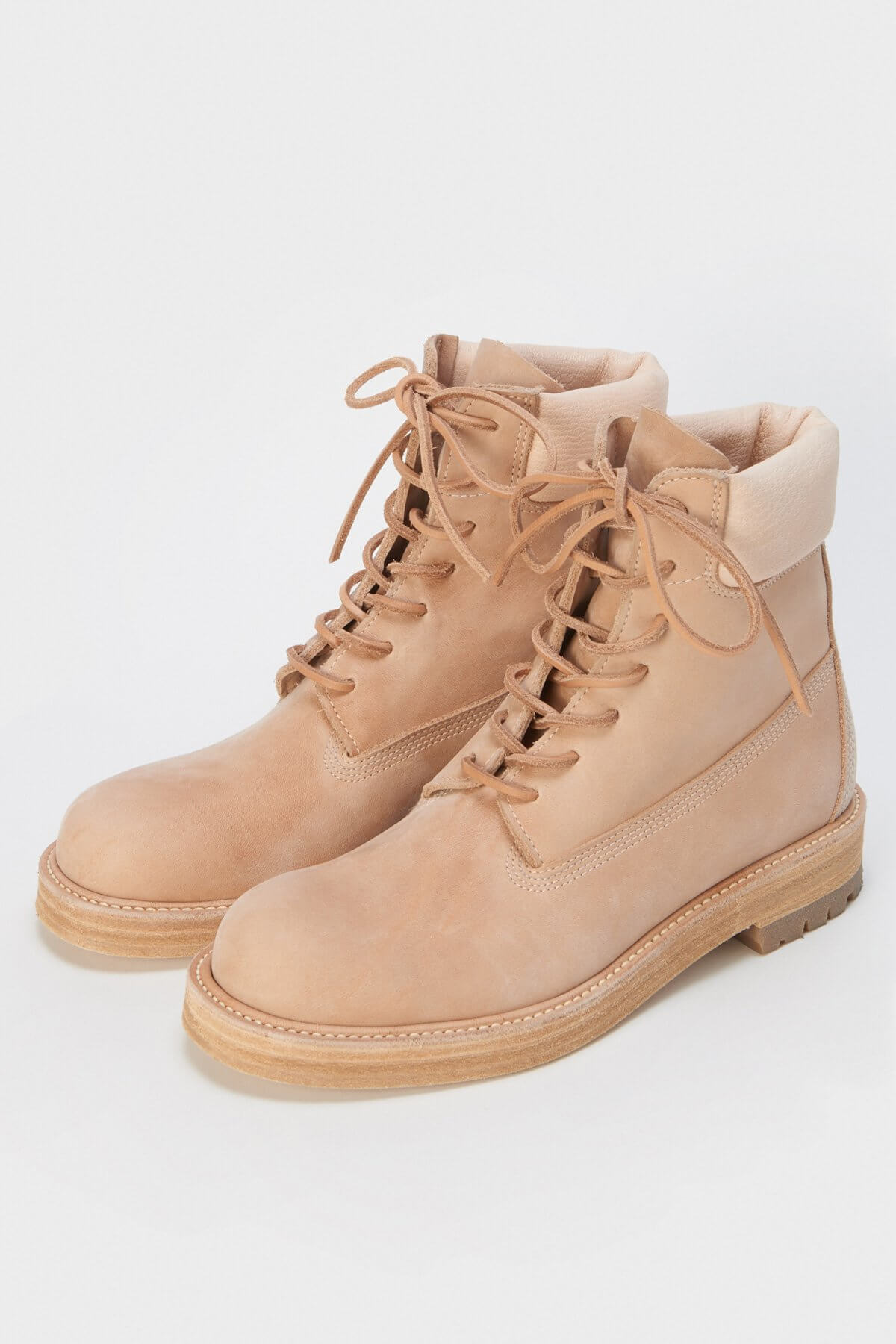 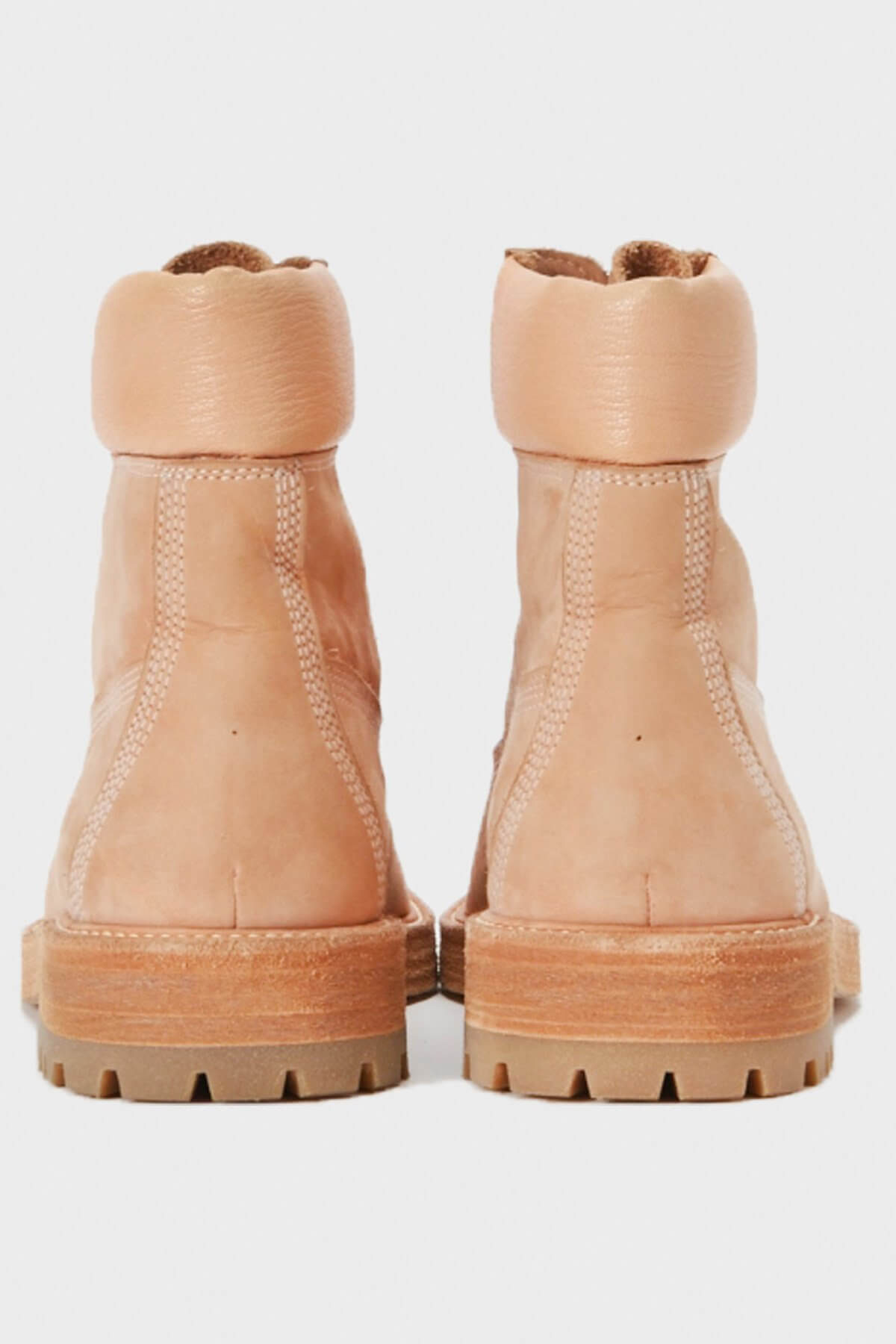